After the Chesapeake Bay Program reported a decline in the blue crab population this time last year, a new report shows that numbers have increased this year. 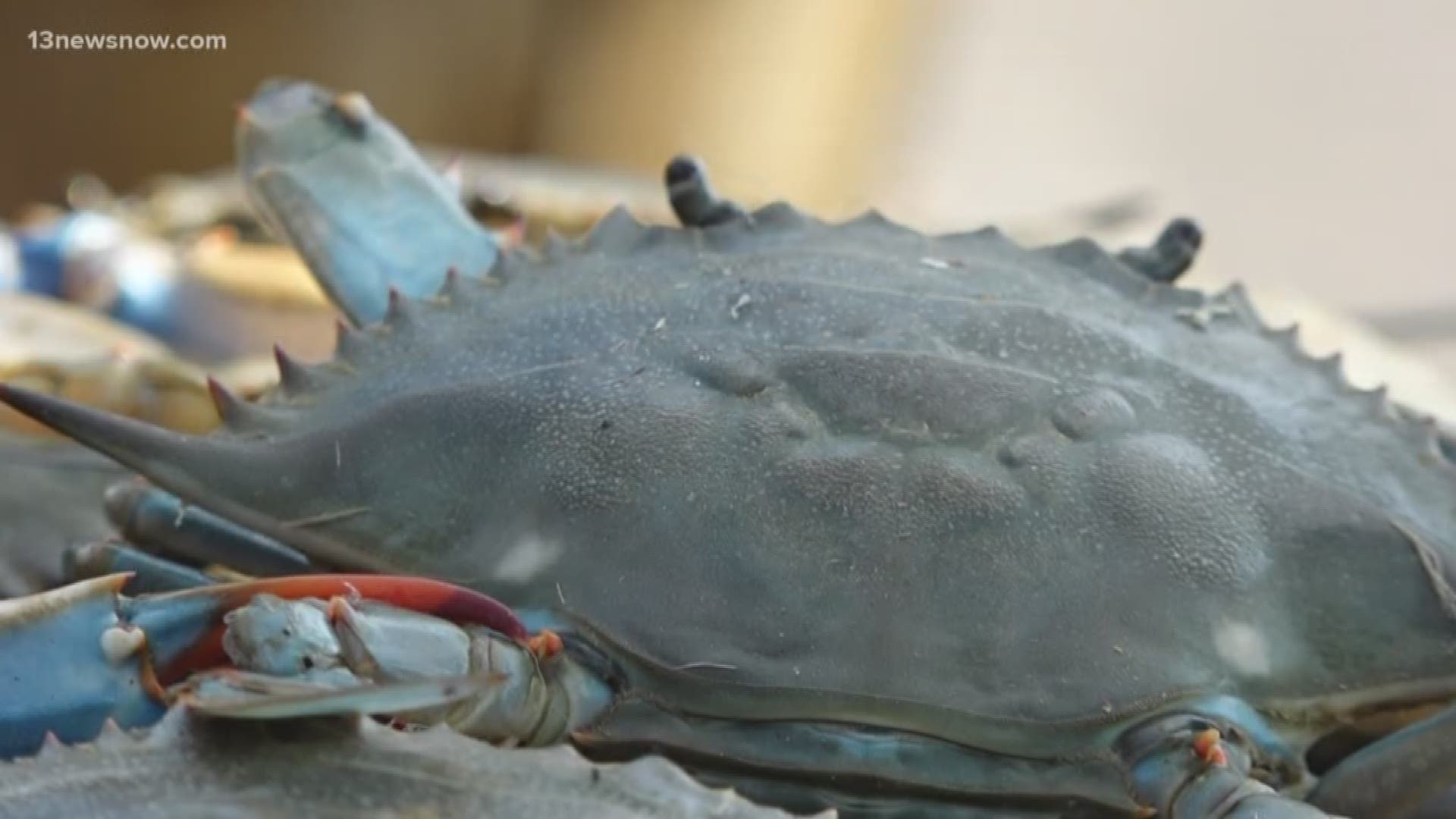 NORFOLK, Virginia — A new report shows that the blue crab population in Chesapeake Bay is up from last year!

In 2018, the Maryland DNR and Virginia Institute of Marine Science estimated an 18 percent decline to 372 million blue crabs.

But now, that number has increased by 60 percent! It's also the best since 2012.

The Chesapeake Bay Stock Assessment Committee found that the blue crab population is up to 594 million.

This is also according to a bay-wide winter dredge survey that has been the primary indicator of this crab population since 2006.

A survey released by both Maryland and Virginia in 2018 cited that even though the population was in decline that year, it was still within safe levels.

Resource managers also cite a robust stock of female crabs. The female crab population is up 191 million from 147 million in 2018. 70 million female crabs are noted as the minimum acceptable number in the Bay. However, the target is usually 215 million to keep the population at a sufficient level.

As for the juveniles, there was estimated to be 323 million, above the long-term average of 224 million.

Juveniles are crabs that will grow to harvestable size come this fall.

You can read the report here.