He is now Junior Deputy Christopher Ramirez after miraculously surviving nearly three days lost in the woods near his home north of Houston. 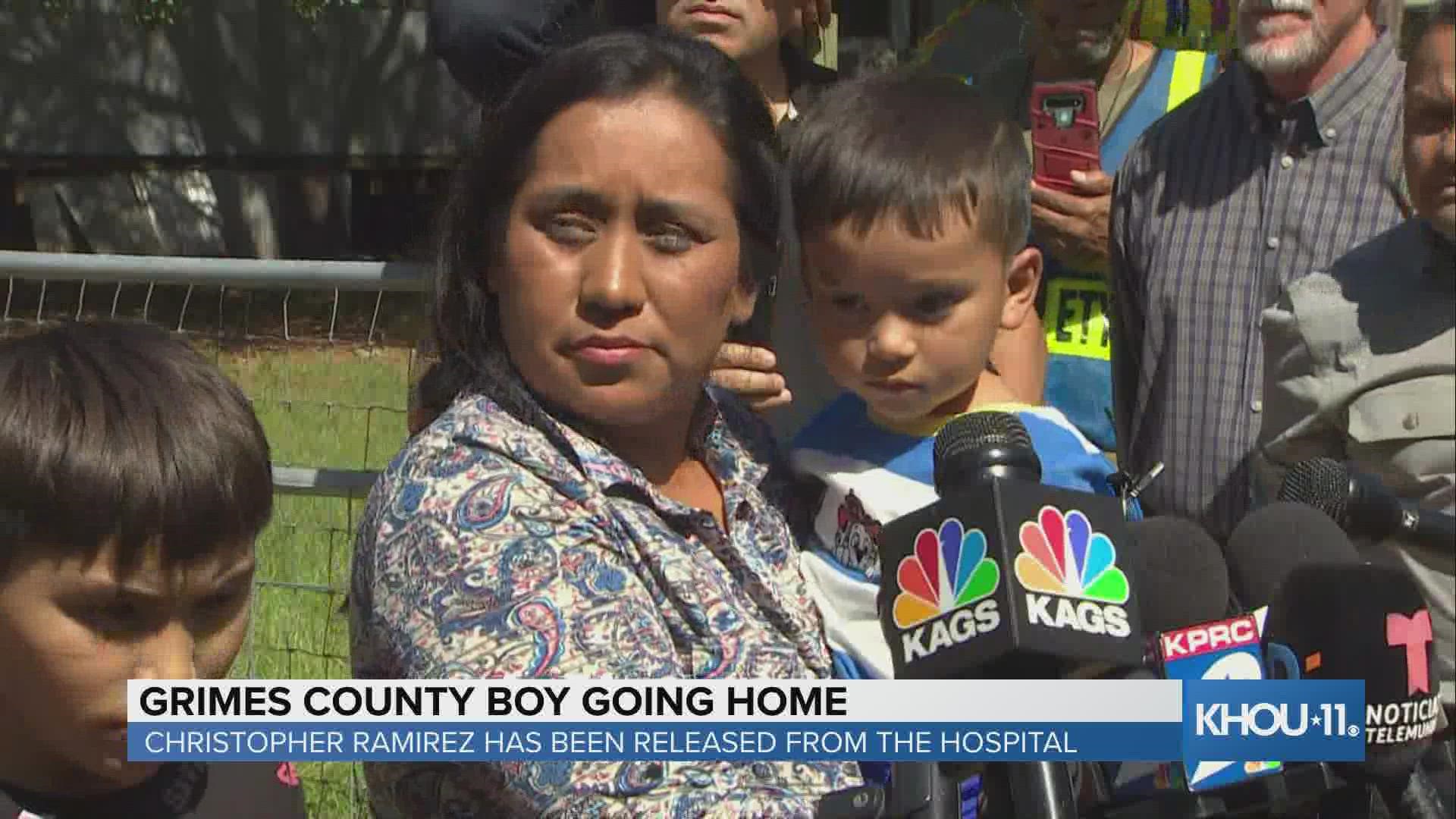 PLANTERSVILLE, Texas — If there's one thing we can all agree on, it's that 3-year-old Christopher Ramirez is a survivor.

After nearly three days lost in a wooded area in Grimes County, and nearly two days in the hospital, the toddler is finally back home and in the arms of his grateful mother. She appeared elated just to be holding her son again at a Monday afternoon news conference.

RELATED: 'God put everybody in his path' | Mother of 3-year-old Christopher Ramirez thanks 'angels' who searched for him

Grimes County Sheriff Don Sowell honored the little boy with a junior deputy badge and patch after learning he wanted to be a police officer when he grows up. After all, he's already passed a major test, Sowell said at a news conference.

“He can be a Navy Seal if he wanted to," the sheriff said. "He has already passed survival training."

Other police agencies also gave the boy badges and he was "tickled pink," the sheriff said.

He hopes Christopher will one day look back at his badges and remember the many people who searched for him with compassion and love after he wandered away from his Plantersville home.

"He can look back with pride," Sowell said.

Christopher was also honored with a special escort from police and firefighters after his release from the hospital Monday. The escort, which lasted about 30 minutes, started in Tomball and included several law enforcement officers from different agencies.

Watch the full escort in the video below:

Christopher had been missing since Wednesday after his mother said he followed the family dog into the woods and never came back.

Search and rescue crews and volunteers spent days searching for the child.

On Saturday, a property owner named Tim made the call rescuers had been waiting to hear. He said he found Christopher on his property, about five miles from the boy's home. Below is his account of how Christopher was found.