28-year-old Taylor Romanczyk died on Snowden Street around 10:45 p.m. on Saturday. Community leaders remember her as someone who loved others unconditionally. 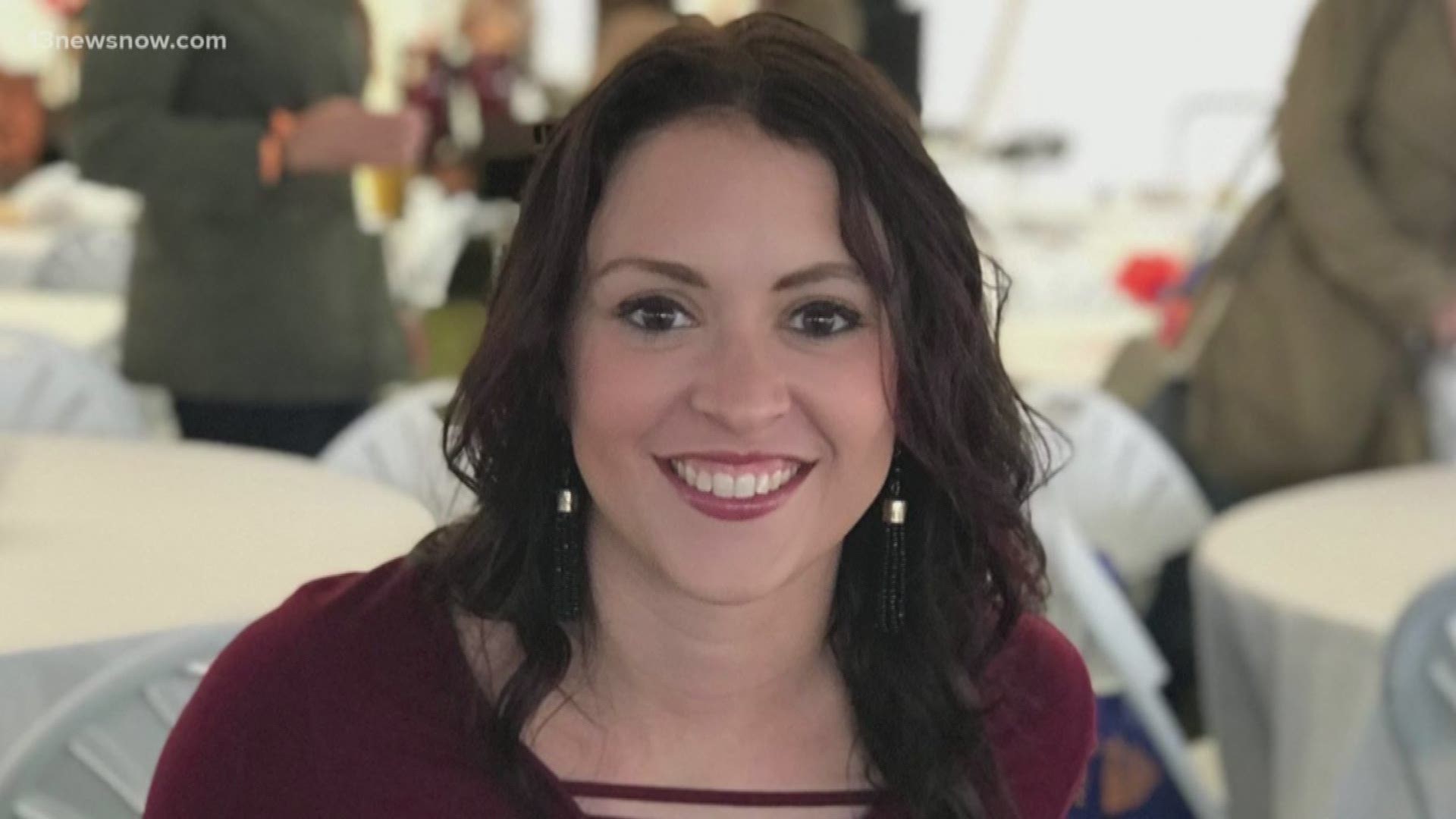 CHESAPEAKE, Va. — If you asked anybody in one Chesapeake community, they would describe Taylor Romanczyk as a saint.

The 28-year-old from Chesapeake died Saturday night after a cargo train and her car collided in the 600 block of Snowden Street.

Romanczyk died at the scene and a memorial now sits near the train tracks where she died.

Romanczyk was a volunteer at the Roc Solid Foundation, where she helped children with cancer for nine years.

Eric Newman, founder of the Roc Solid Foundation said Romanczyk, was like family to Romanczyk. Newman fought back tears as he remembered his last memory with her.

“The last thing that she said to me was 'Hey remember, don't sweat the small stuff,’ hearing that and then dealing with this, she was a light in a very dark world,” said Newman.

Newman said Romanczyk was the kind of person whose smile could light up a room and loved others unconditionally.

“She had a larger-than-life personality,” said Newman. "Just seeing her from being right out of high school to the woman she’s become nine years later, the only thing that really changed was the capacity of her heart size. If you did meet her, she automatically loved you.”

Romanczyk’s parents told 13News Now they are having a hard time grappling with their loss. Romanczyk was their first-born child.

One resident, Holly Allen, lives and works near the railroad crossing where Romanczyk died.

Allen crosses the railroad tracks every single day. She said it needs to be safer.

“It could have been prevented, and my mom said she's not gonna stop until something is put up here,” said Allen.

The crossing where Romanczyk died doesn’t have guard rails or a flashing light signal to warn drivers if a train coming. It has a stop sign on one side of the road and a yield sign on the other.

A spokesperson for the railroad company, CSX, said they're not responsible for making decisions regarding warning signs, stating:

“Any decisions about warning devices, signage or road markings are led by state authorities, which in this case is the Virginia Department of Transportation. While CSX does not make these decisions, we are part of the process and we work cooperatively on such matters.”

A spokesperson for VDOT said:

“We extend our deepest condolences to those affected by the crash on Snowden Street in Chesapeake. The department is awaiting the findings of the investigation to learn what led to the crash and then determine with its partners, including the City of Chesapeake and the railroad, if any measures should be taken at this rail crossing.”

In the meantime, those who knew Romanczyk are left to mourn as they remember her warm smile and her big heart.

“The cancer community was just better because of Taylor Romanczyk,” said Newman.

The incident remains under investigation by the Chesapeake Police Department's accident reconstruction team.