Leaders say the ongoing restrictions are an unconstitutional violation of religious freedom as bars, restaurants, malls and tattoo parlors are opening. 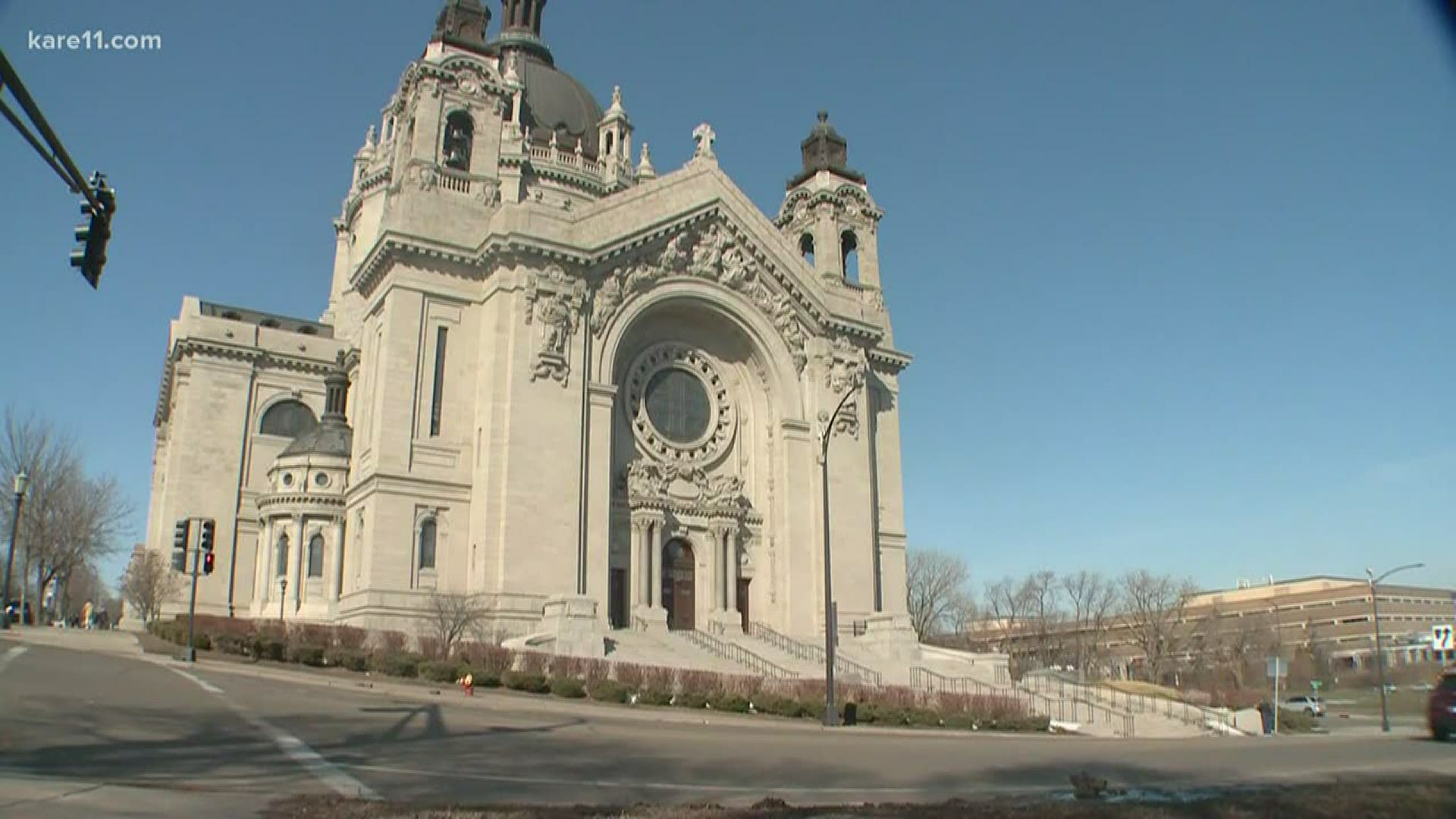 The leaders said at a news conference that the ongoing restrictions are an unconstitutional violation of their churches' religious freedom, given that bars, restaurants, shopping malls and tattoo parlors are now being allowed to reopen. They said they shut down voluntarily in the early days of crisis but that executive orders now prevent them from holding in-person services with more than 10 parishioners.

“Being ordered to stay at home may have been necessary to protect the public health but it came at immense costs, including spiritual costs," said Archbishop Bernard Hebda, leader of the Archdiocese of St. Paul and Minneapolis and the Minnesota Catholic Conference.

Hebda held a news conference on Thursday to give more detail on the decision. He acknowledged that many people have been watching the live streams of Catholic mass across the state.

“Most of our pastors have been amazed by how many people are tuning in,” he said, pointing out that many of the viewers aren’t even members of the congregation.

"The reception of Eucharist is something that’s extremely important, and that just puts us in a different category," he said. That's part of Hebda's reasoning for reopening against the governor's orders.

Hebda referenced one churchgoer who said receiving the Eucharist every morning is what’s kept him going in recovery.

"We want to help all of Minnesota get through this pandemic," he said. "But I can tell you I hope the governor changes his mind."

Hebda said he had plans to talk with the governor after the news conference.

"Please remember that we bishops have a solemn duty, really a responsibility to provide spiritual care and religious services to our faithful," he said. "And that responsibility includes doing it in a way that is safe and that is exactly what we've been trying to do in our plans for moving forward."

Hebda said no parish will reopen unless they can do so with a safe plan in place. He said he's also heard from some churches that said they won't be ready to reopen by Tuesday. Hebda is still urging older and high-risk people to stay home for now and watch the live streams.

In response to news that a priest and "some parishioners" have tested positive for coronavirus at St. Ignatius Catholic Church, Hebda said that he is praying for them and praised the speed with which they communicated the information to their congregation.

"We're certainly living in a dangerous time and we can expect that we're going to have priests and faithful who are infected with COVID, that's going to be part of life," Hebda said. "What's important is how we handle that."

The Minnesota Department of Health on Thursday reported a new one-day high of 32 deaths from COVID 19, raising Minnesota's death toll to 809, with 539 newly confirmed cases for a total of 18,200. The number of people hospitalized with the disease reached a one-day high of 566, with 229 patients in intensive care, tying highs set Monday and Tuesday.

The denominations plan to resume worship services on May 26, with their first Sunday services May 31 on Pentecost Sunday. Churches will be limited to 33% of their normal capacity, with seating in only every third row. Families will sit together but will be separated from other worshipers. Other hygiene protocols will also be in place and communion will happen at the end of Mass.

“Now that the state has deemed the risk of spreading coronavirus low enough to open noncritical businesses, we believe that we can responsibly and safely allow our communities to open in accordance with accepted public health guidelines,” said the Rev. Lucas Woodford, president of the Minnesota South District of the Lutheran Church-Missouri Synod.

Woodford said they had reached out to Governor Walz and Attorney General Keith Ellison, including in letters sent Thursday but that the state officials had declined to engage with the church leaders "in any meaningful way."

Ellison's office did not immediately respond to a request for comment Thursday.

But many places of worship are choosing not to defy the governor's order. The Minnesota Rabbinical Association announced Thursday that they fully support the StaySafeMN guidance for religious institutions.

In a statement, the association said, "Rabbis across our state know that re-opening our buildings rapidly in larger numbers will create stumbling blocks where none should exist. Staying safe now means life later. No matter how many precautions we take, open doors invite people to embrace, crowds to gather, and vulnerable populations to risk their lives in God’s name."

Many other places of worship across Minnesota and the country have switched to online worship. Some smaller churches are suing the state to block enforcement of the restrictions on in-person worship. But Hebda and Woodford hope their challenge doesn't come down to a lawsuit, said Eric Rassbach, vice president and senior counsel at the Becket Fund for Religious Liberty, which is representing the two leaders. He said they would rather work with the governor and attorney general.

“As the governor has said, this is a challenging situation for him personally and a challenging situation for him as a public official charged with protecting the health and safety of Minnesotans,” said Teddy Tschann, a spokesperson for the governor. “He remains in routine communication with faith leaders across the state and understands the toll this pandemic is taking on the spiritual health of Minnesotans.”

When Walz announced plans Wednesday to let restaurants and bars reopen for outdoor dining and personal care businesses to reopen with restrictions June 1, he said he struggled with what to do about places of worship. The state's guidelines still cap worship services indoors or outdoors at 10 people, though drive-in services are allowed. The governor said predictability about how the virus might spread in such situations remains a concern.

“There is a very strong sense of urgency to figure this piece around churches,” Walz said, declining to set a timeline. "We struggled and there's not a perfect answer. There is a very strong sense of urgency for us to figure our churches. I think these pieces of people's lives we need to get. I don't think it's perfect and we have more to figure out. We want to see what happens with changes we made first. The logic of argument is sound and concerns are there."

By Rassbach’s count, at least 28 states have no restrictions on worship amid the pandemic. Some never had any, while others have eased them, he said.

“Darkness and despair have taken hold of so many of our fellow Americans in the face of the economic and social hardship of the COVID-19 pandemic,” said Archbishop Hebda. “Faith has always been a source of comfort and strength and now more than ever it is of the utmost importance that we are able to meet the spiritual needs of our community.”