As temperatures dip below freezing, hundreds do not have a place to stay. 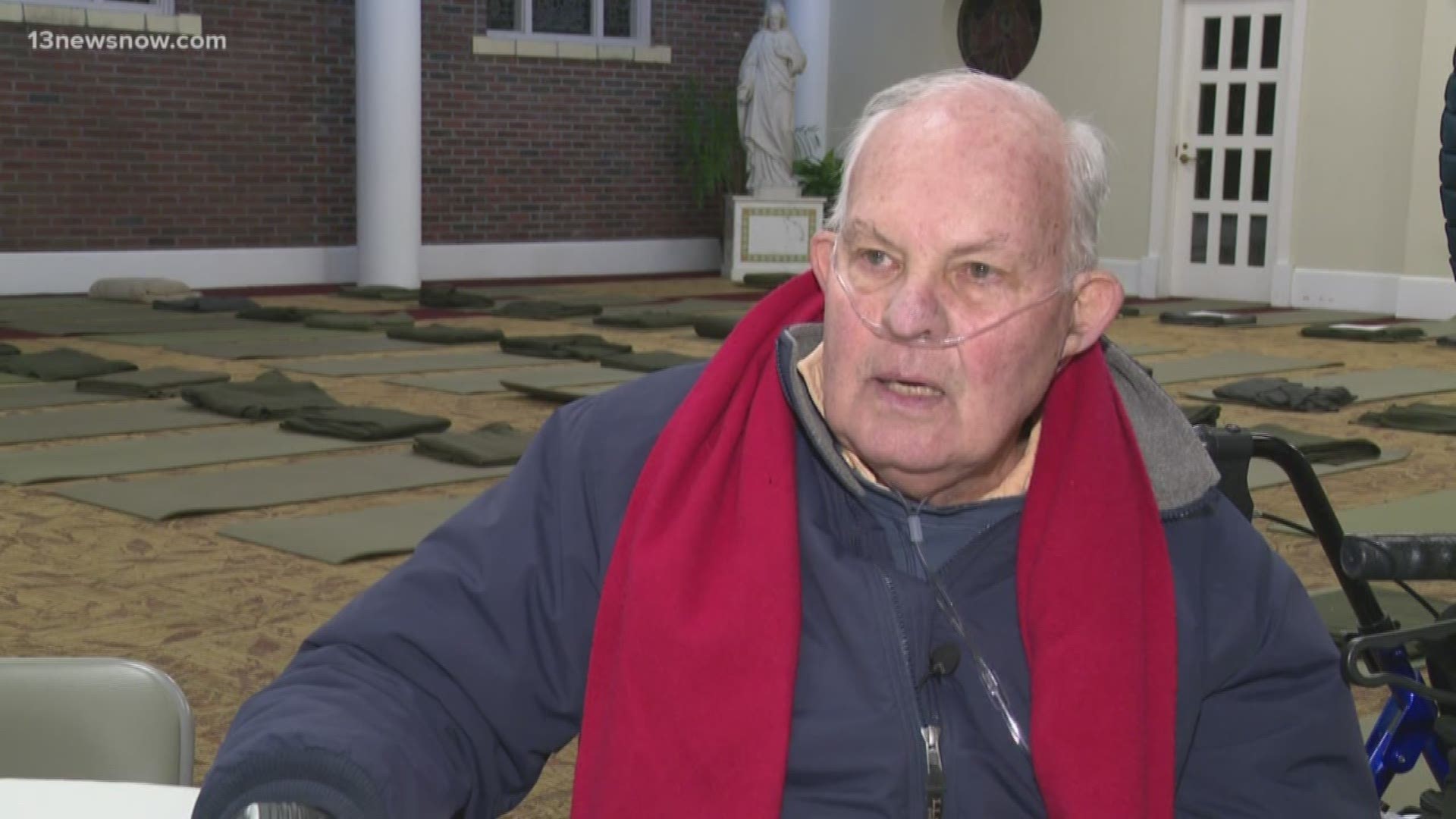 NORFOLK, Va. — Hundreds of homeless people felt the cold snap on Thursday and Friday. Some started their night standing outside of the Virginia Housing Resource Center. They were part of a lottery to see if they could stay in one of the shelters.

The center's spokesperson tells us if they reach capacity, the person will have to find another place to sleep.

There are several other places people can go to.

"Everyone still isn’t being served and so that’s the part that hurts my heart," McBride said. "We still have individuals maybe with a mental illness or who don’t fit the mold who are still having to sleep outside or we don’t have the capacity because we don’t have enough churches volunteering for it."

As part of the program, several churches and other organizations provide shelter every other week.

This week, Neil Walsh from Sacred Heart Catholic Church and 20 volunteers prepared dinner and laid down pillows and mats for more than  80 homeless people.

"We really don’t see it as an option. We feel like it’s part of the essence of who we are. We can’t just turn our back," said Walsh.

Other services have already witnessed success in their efforts to get some people places to stay.

"We are currently able to actually house five individuals who used to sleep in my parking lot. We were actually able to bring them into a housing program Dream Center that just started," said McBride.

During the winter months, if the churches get to capacity, many people are bused to Norfolk's human services building to keep warm for the night.

RELATED: She lived in the back of an SUV, now she's an author

RELATED: Progress made on veterans' homelessness since 2010, much more is needed