The vote of the Gloucester County Board of Supervisors was a unanimous one. The passing of the resolution makes the county a Second Amendment Sanctuary. 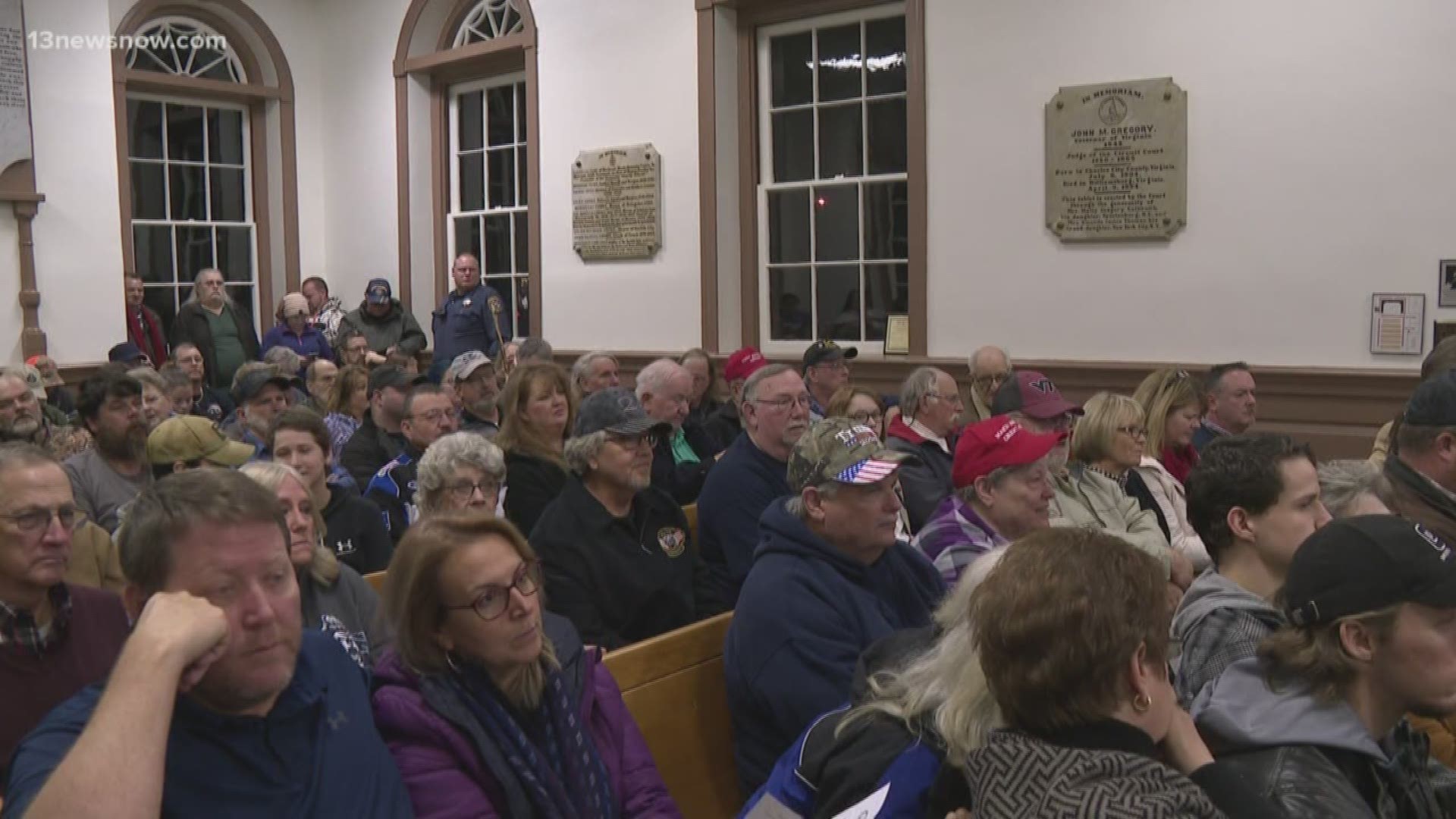 Gloucester County joined the trend Tuesday night when the board of supervisors unanimously approved a Second Amendment Sanctuary resolution at its meeting.

Gloucester County, like many of the other areas doing this, anticipate stricter gun laws in the Commonwealth next year with Democrats in control of both chambers and in the highest office. The "blue wave" was a result of the November election.

Resolutions like these mean localities will essentially ignore any "restrictive" gun laws that are passed by the General Assembly. They believe those laws are in direct violation of their constitutional right to bear arms.

People filled the small historical courthouse in Gloucester for the board's meeting Tuesday. Hundreds more stood outside in the cold, listening to what was happening inside through a speaker.

The roughly 40 members of the public who spoke had two minutes each. There was a range of opinions, but based on the cheers and jeers, it was clear those who opposed the resolution were in the minority of those in attendance.

While Gloucester County was voting to become a Second Amendment Sanctuary, there was a similar scene in Virginia Beach.

Although the Virginia Beach City Council didn't have anything on its agenda about Second Amendment Sanctuaries, people planned to speak about becoming one during public comment. There were so many people there to support a resolution that the council chambers quickly reached capacity. The fire marshal's office had to ask hundreds of others to step outside of the building which they did. The overflow crowd stood there in solidarity for hours.

Delegate Jay Jones for the 89th House District asked Virginia Attorney General Mark Herring to give an opinion ahead of the legislative session so lawmakers can ensure to pass laws that comply with his opinion.