The Hillyard Heritage Museum has been working on opening for decades. Now, they need help from the community as they refurbish their passenger train car. 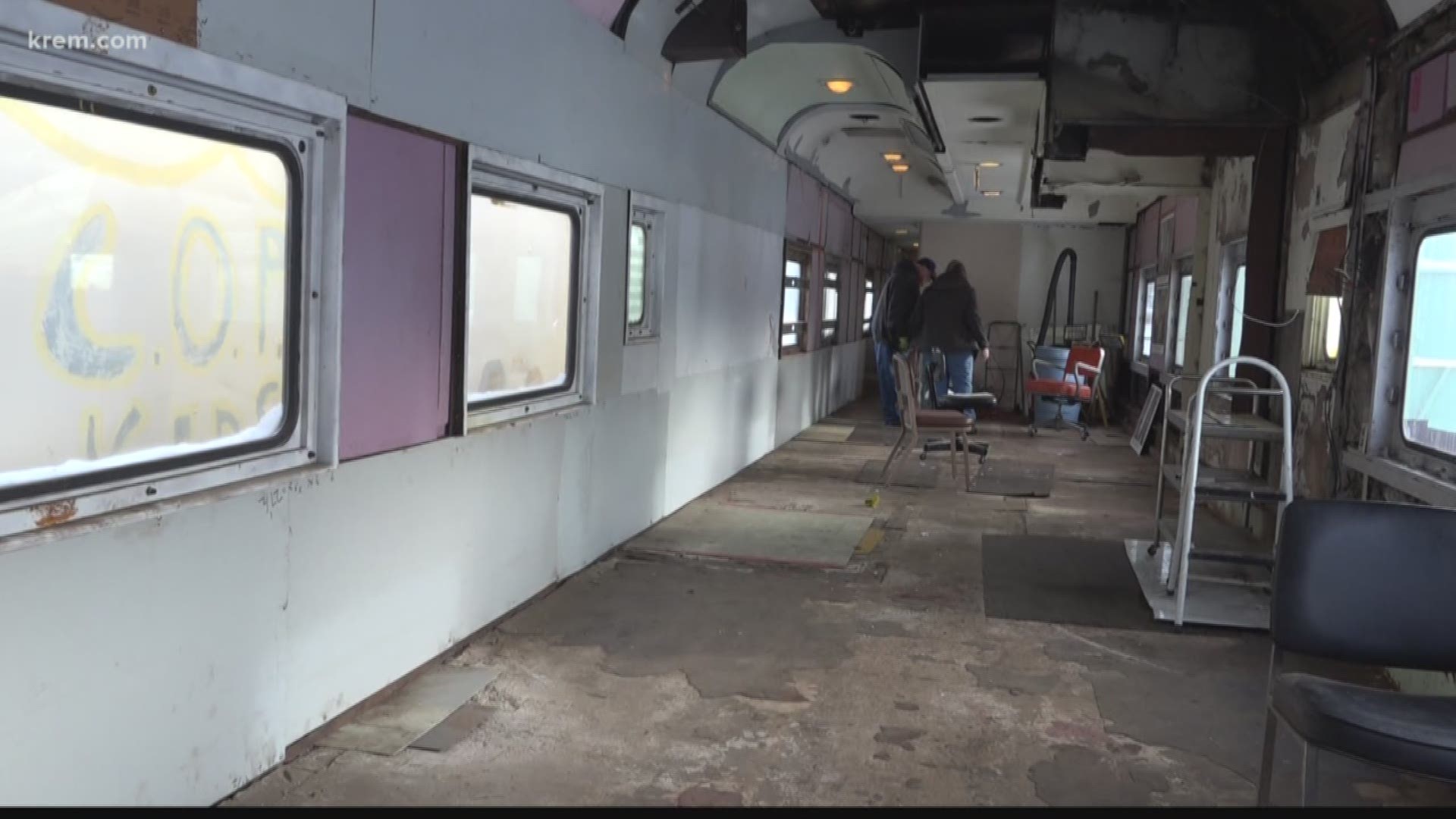 Back in the 1940s, Hillyard was a railroad town, with dozens of train tracks through the exact spot where the train cars currently sit. And those cars actually used to run on those tracks.

The Hillyard Heritage Museum has been collecting those trains for decades. Now, they are working on renovating the American Navy Passenger car that the community helped them secure back in the early 2000's.

Tom Heckler, the man formerly known as "museum guy," said that getting the passenger car was a dream come true for the museum.

Museum volunteers have been slowly working on getting the train refurbished for more than 15 years, but its been a slow process. Since the museum isn't open and turning a profit, they are relying on grants and donations to finish the work.

The goal is for all of the train cars to become a museum that would feature museum displays, meeting rooms and would open to the public every day. But that takes time, skills and money to accomplish, so the museum needs help.

Here are a few things the community can do to help get them up and running:

The hope is to keep the neighborhood's history alive. Eventually, Heckler wants the trains to be open every day and the area around them to be a park for the community.

RELATED: The haunted history of a Hillyard antique shop