Kenick El called homosexuality a "mental illness" and an "abomination" on his personal Facebook page. 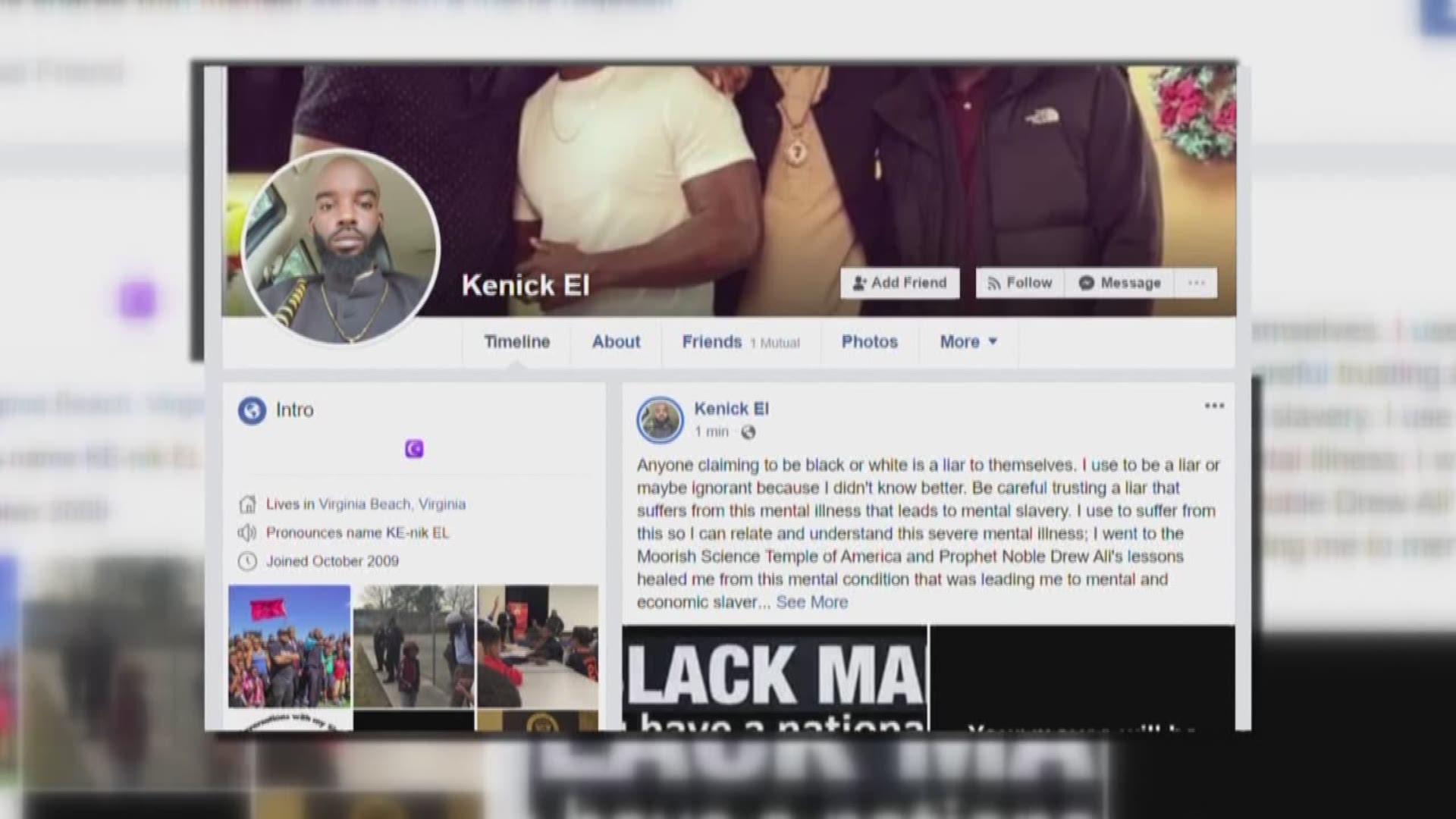 VIRGINIA BEACH, Va. — Local LGBT rights groups are calling on Virginia Beach City Council to remove a member of its Human Rights Commission after he called homosexuality a "mental illness" and an "abomination."

"Absolutely this has been blown out of proportion," El said. "I don’t intend on quitting or resigning. I definitely understand people’s different perspectives and their right to express their views and communicate how they feel."

The LGBT Life Center is calling for El’s removal from the Commission after a series of posts he made on his personal Facebook page.

In a statement, the organization said:

One read: "Homosexuality is a mental illness and should be treated as such."

Another said: "Two men or two women is an abomination, according to my faith."

“I do feel like the leadership of Virginia Beach should remove him from the Commission,” she said. “I am confused about how somebody who has those personal beliefs is appointed to a commission whose primary mission is to show dignity and respect to the citizens of Virginia Beach.”

And Wall’s organization is not the only group voicing concerns.

"We believe that the statements and opinions expressed by Commissioner El, personal or not, if left unchecked without consequence, will contribute to and foster a climate of folks in our LGBT+ community feeling unsafe and unable to trust in our elected and appointed leaders," the letter read. "Therefore, we call for the immediate resignation of Commissioner El from the VBHRC and/or upon you, as our elected and trusted Virginia Beach City leaders, to remove Mr. El from the Commission."

The group issued a statement which said:

We call on the VBHRC to remove Kenrick El from the commission in an effort to restore legitimacy in the organization.

We do not tolerate speech or messaging that is condemning, and unsupported by the large medical institutions of our country.

The full letter is below.

In a statement, she said:

I reject these abhorrent and regressive views, and I stand with our LGBT community. This rhetoric is not reflective of the values of Virginia Beach. To the children of Hampton Roads forced this week to feel shame for who you love and how you identify: Please know your Congresswoman stands with you.

El stressed his posts represent his personal views and not the position or the work of the Human Rights Commission.

He pointed to the Commission's recommendation that city council members ask the state general assembly to ban gay conversion therapy.

Wall said she doesn’t understand how El could adequately advocate for the dignity of everyone as a member of the Commission, with the beliefs that he holds.

“We believe that somebody who believes that, the way that he does, is not someone who would represent all Virginia Beach citizens,” Walls said. “There are so many people who will be so hurt by this and I hope that the commission recognizes that and takes action.”