MAKING A MARK: 11-year-old Chesapeake twins make a difference in their community

Macyn and Madisyn Logan are so active in the community, they won an award for their work! Learn about their mission to give back. 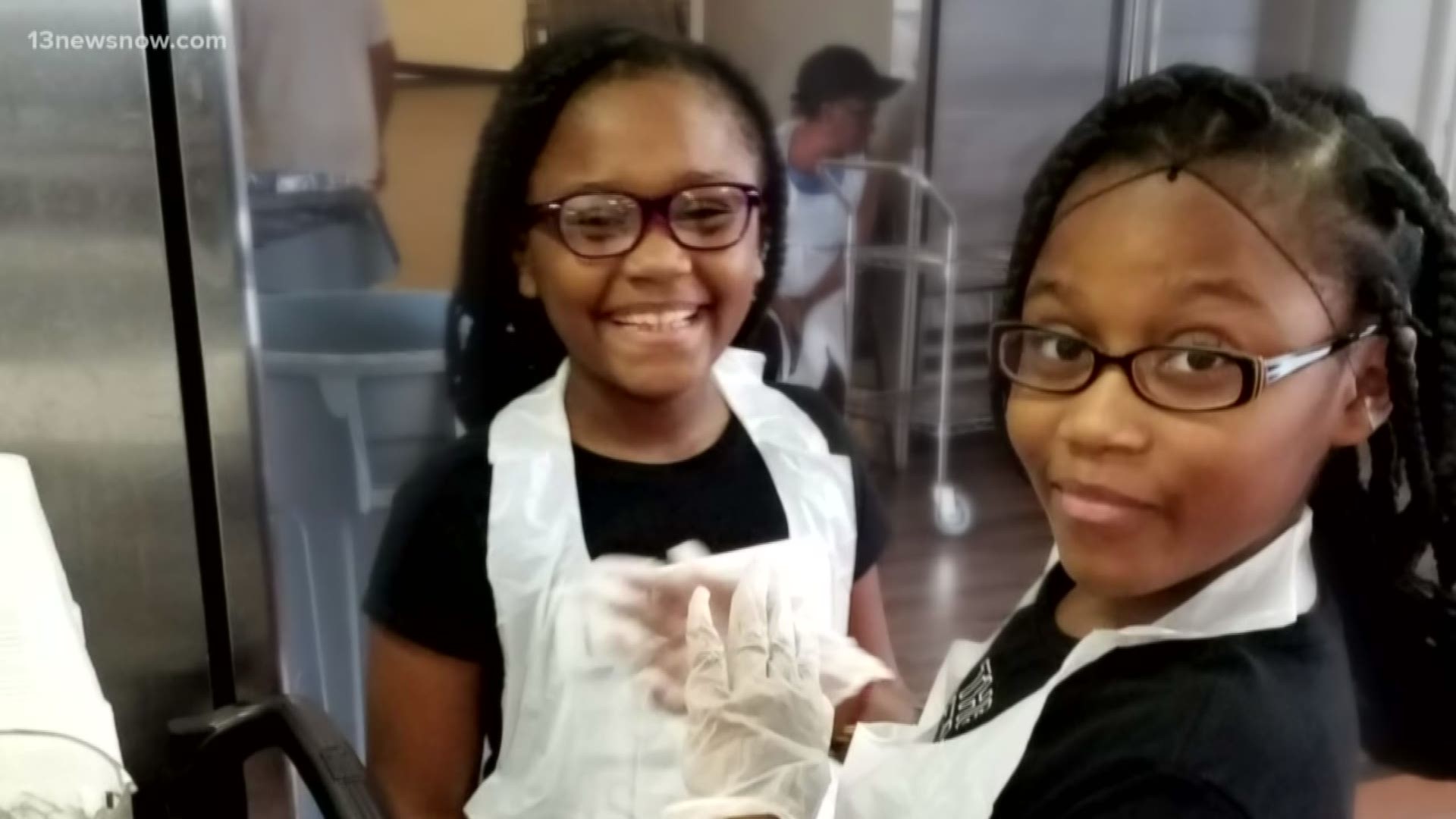 CHESAPEAKE, Va. — Some people are so giving, you wish there were two of them.

In this case, wish granted!

Macyn and Madisyn Logan are active 11-year-old Chesapeake twins, but they're even more active in the community.

"Our nana would bring us to the soup kitchen, and we were helping over there. And it makes me feel really good to see the people being happy," says Macyn.

The Logan twins also participated in a school program for several years called "Girls on the Run" which promotes empowerment in young girls by teaching life skills through personal lessons and running. Due to the extent of their community service, their GOTR coach Saundra Johnson nominated them last year for a 'Live Justice' Award, which celebrates the talents and achievements of young girls.

"Some of the girls were ambassadors for certain things. And then, some were overcoming obstacles," says Macyn.

Only a handful of girls across the country actually won the award, including Madisyn and Macyn! Their parents, Sammie and Tonya, were overjoyed.

"It helped me to realize that they're getting it," the twins' father, Sammie said. "That they're living beyond themselves and that they're finding value in doing so."

"We're very proud of the young ladies they have become and who they will continue to become," says Tonya.

But this duo is just getting started making a difference, and they're doing it together.

"Helping's the right thing to do," Madisyn said. "And even though you have a lot to do and a lot is going on, you should still help."