N.C. wildlife officials say eagle with lead poisoning is 'better by the hour'

Officials say the lead poisoning is mild and the prognosis for the eagle's condition is "better by the hour." 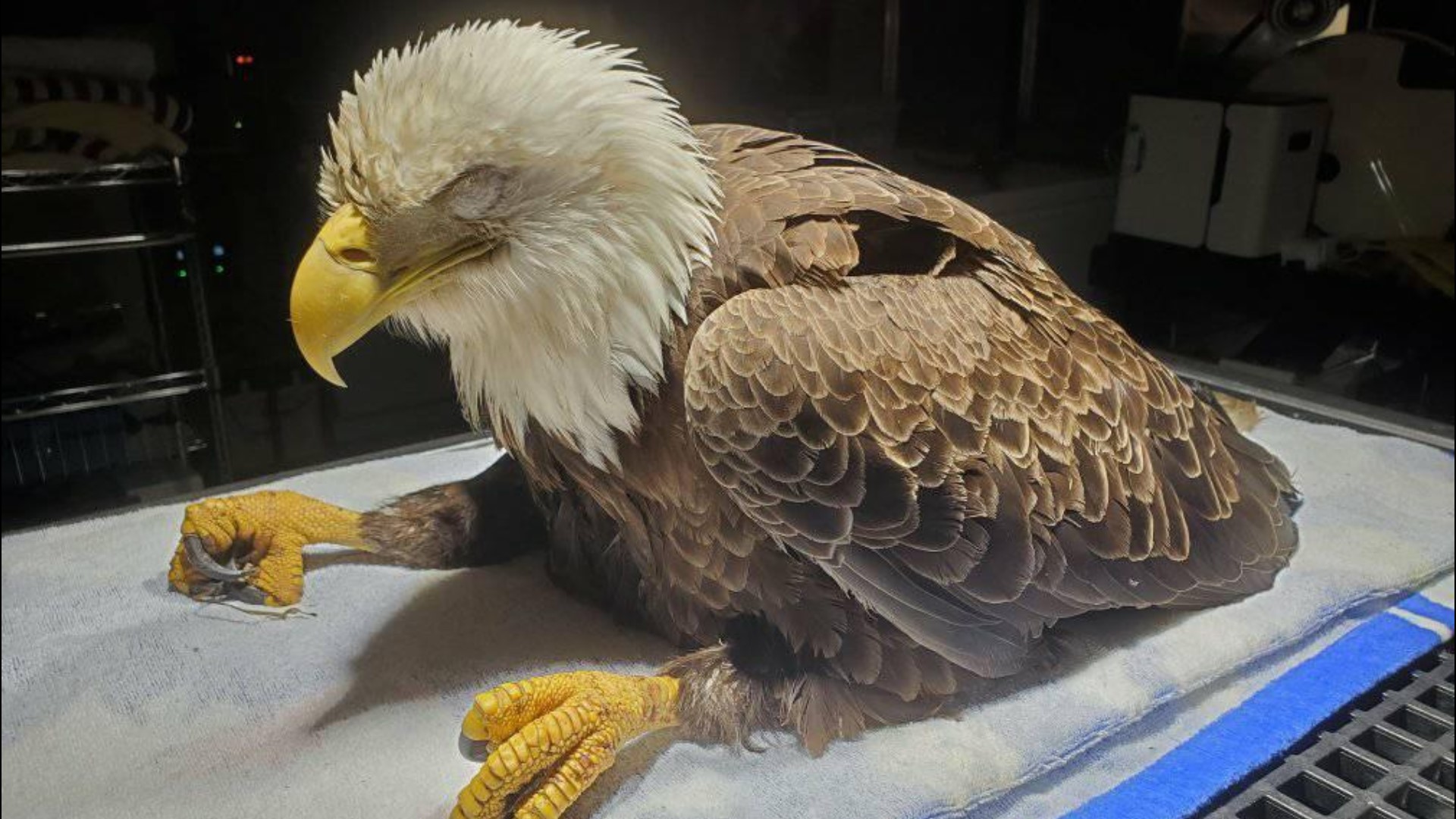 CAMDEN COUNTY, N.C. — A sick eagle that was found in Camden County was said to have a slim chance of survival but is getting "better by the hour," according to wildlife officials in North Carolina.

Someone found the severely dehydrated eagle on Feb. 9.

On Tuesday, the Hatteras Island Wildlife Rehabilitation posted an update about the bird's condition on Facebook.

They say the bird did suffer from a mild case of lead poisoning and was very dehydrated at the time it was taken in for treatment.

But in the few days it's been in the rehabilitation center's care, it's condition has improved and it has started eating on its own more.

The next step is to transfer the bird to Cape Fear Raptor Center for more treatment before it's released back into the wild.