Several people who attended the walk left balloons, flowers, and stuffed animals in front of the apartment where two young children were stabbed on Monday night. 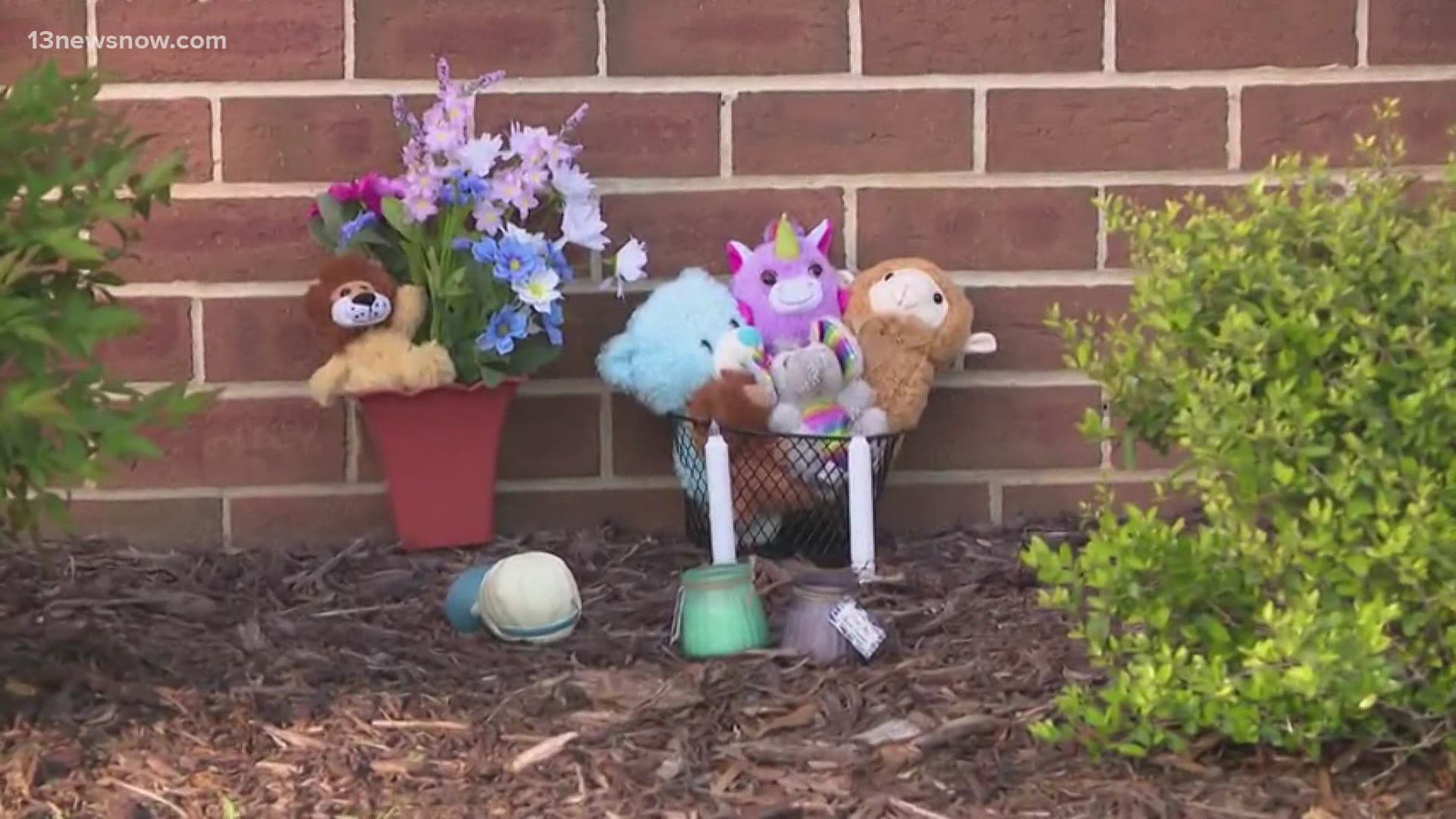 Chief Steve Drew said this walk was to make sure this community is OK. He called the incident traumatic and wanted to let the community know Police are there if someone needs to talk.

Several people who attended the walk left balloons, flowers, and stuffed animals in front of the apartment where it happened.

13News Now was there as about three dozen people showed up to the "care walk," including the family, 911 dispatchers, and even Newport News school employees.

People who live in the community say the walk was needed.

“It’s important, because that’s our neighborhood. We have to take care of our neighbors and if we don’t do it, won’t nobody else do it,” explained long-time community member Charmaine Wells.

On Monday night, investigators found the two children stabbed several times in an apartment off of Hilltop Drive.

Zell Howard, a 10-month old boy died at the scene. His older sister, Winter, is at CHKD. Newport News Police say the children's mother, 35-year-old Sarah Ganoe, attacked them with a pocket knife.

During Thursday's care walk, Chief Drew said he talked with the family and the father of baby Zell.

“There’s a lot of emotion there and I pretty much told him kinda what I said here is, we are just here for you. This community is here for you and your family,” Drew explained.

8-year-old Winter is still at CHKD. Chief Drew said he was able to see her on Tuesday and her family told him she’s making progress every day.

Drew said, “She’s still considered critical but stable, but we did get to spend time with her and I appreciate CHKD for allowing us to spend 15 minutes with her. I was able to go up to her bedside and I wanted to see her.”

Chief Drew said the care walk in the neighborhood was needed and he hopes it helps people start the healing process.

“I think it’s important for the community to see us and I can’t... I’m not here to offer solutions or even answers. I just want people that live here to know that they matter and that we care about them,” Drew said.