Habitat for Humanity Peninsula and Greater Williamsburg has constructed and renovated more than 200 homes in the area since the 1980s. 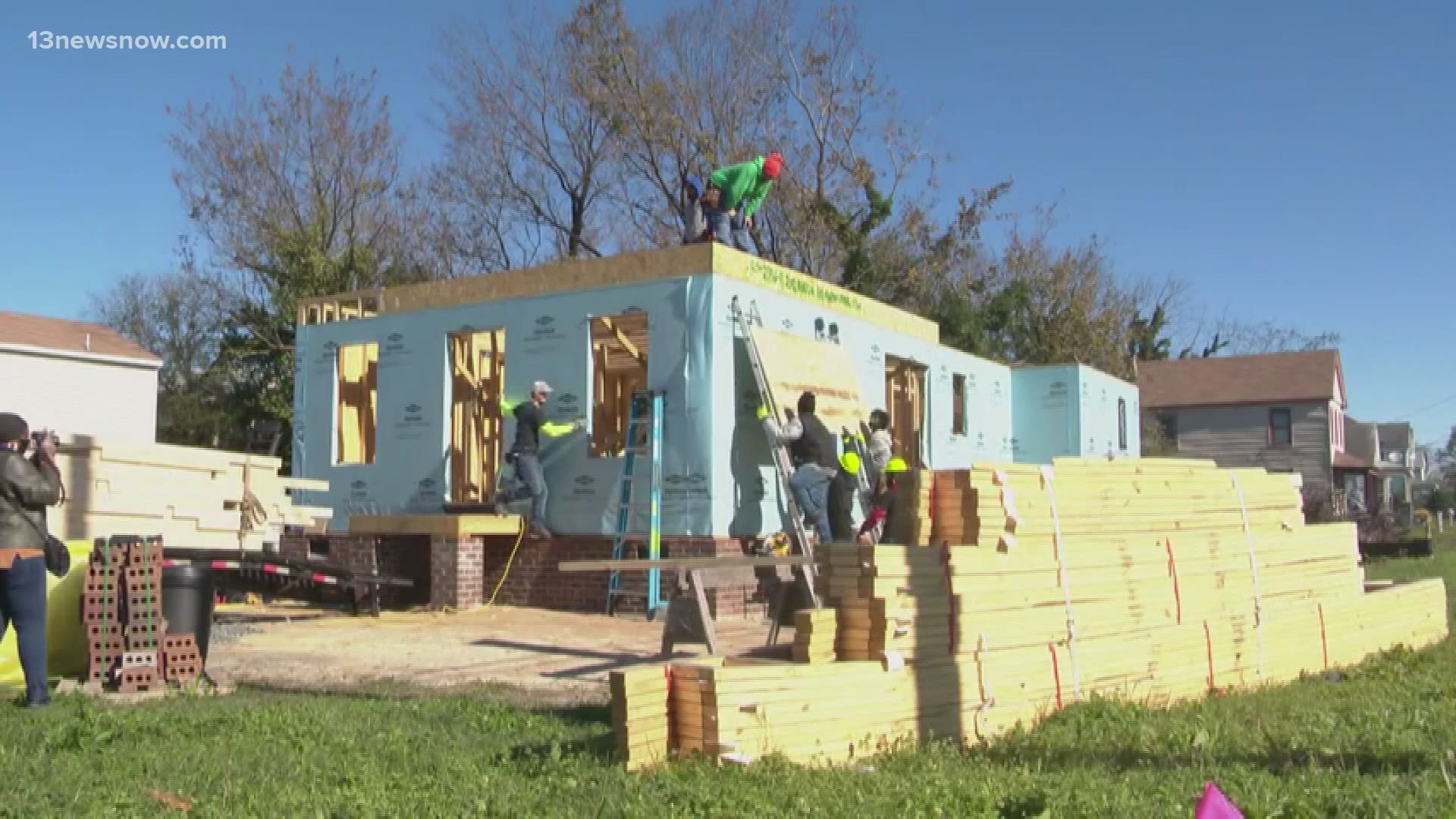 NEWPORT NEWS, Va. — Habitat for Humanity is partnering with Rotary clubs on the peninsula to build a home in Newport News for the James family.

But for this project, the organization is not alone. They're joined by young people with the Newport News YouthBuild program. The program offers job readiness training, financial literacy classes, and career exploration opportunities.

Its goal is to help young people get jobs in construction and other in-demand industries, including carpentry, maintenance and pre-apprenticeships in plumbing, heating ventilation and air conditioning, and electrical services.

"We wanted something constructive to do instead of being out in the streets," Washington said. "It's teaching me something I have never tried before."

Dava Warner with Habitat For Humanity Peninsula and Greater Williamsburg said COVID-19 has slowed down the construction of the home, from the price of lumber going up to shipping delays.

"It's great to have young men who can dip their toes in the water to see if this is for them," Warner said. "We're grateful we can keep meeting the need to create affordable housing in the community."

This is not the first home Habitat For Humanity has built a home in the Southeast community. There are plans to build two more homes next to the James' home.

Habitat for Humanity Peninsula and Greater Williamsburg has built more than 200 homes in the area since the mid-80s.

"We've learned this year, home is a gift and necessity," Warner said. "So, we want people to not only have a clean, decent, safe place to live, but that it's also affordable."

Washington feels proud knowing he had a hand in turning one family's dream home into a reality.

"It makes me feel like I'm not doing it for nothing, I'm doing something for something instead of doing bad as usual, just trying to do something good," Washington said.

Despite the delays, Habitat For Humanity hopes to finish the home by next Spring.