Getting out of the house for a good cause: The Norfolk Collegiate Food Drive

"It feels pretty good because this is probably like one of the first times I’ve actually left the house." 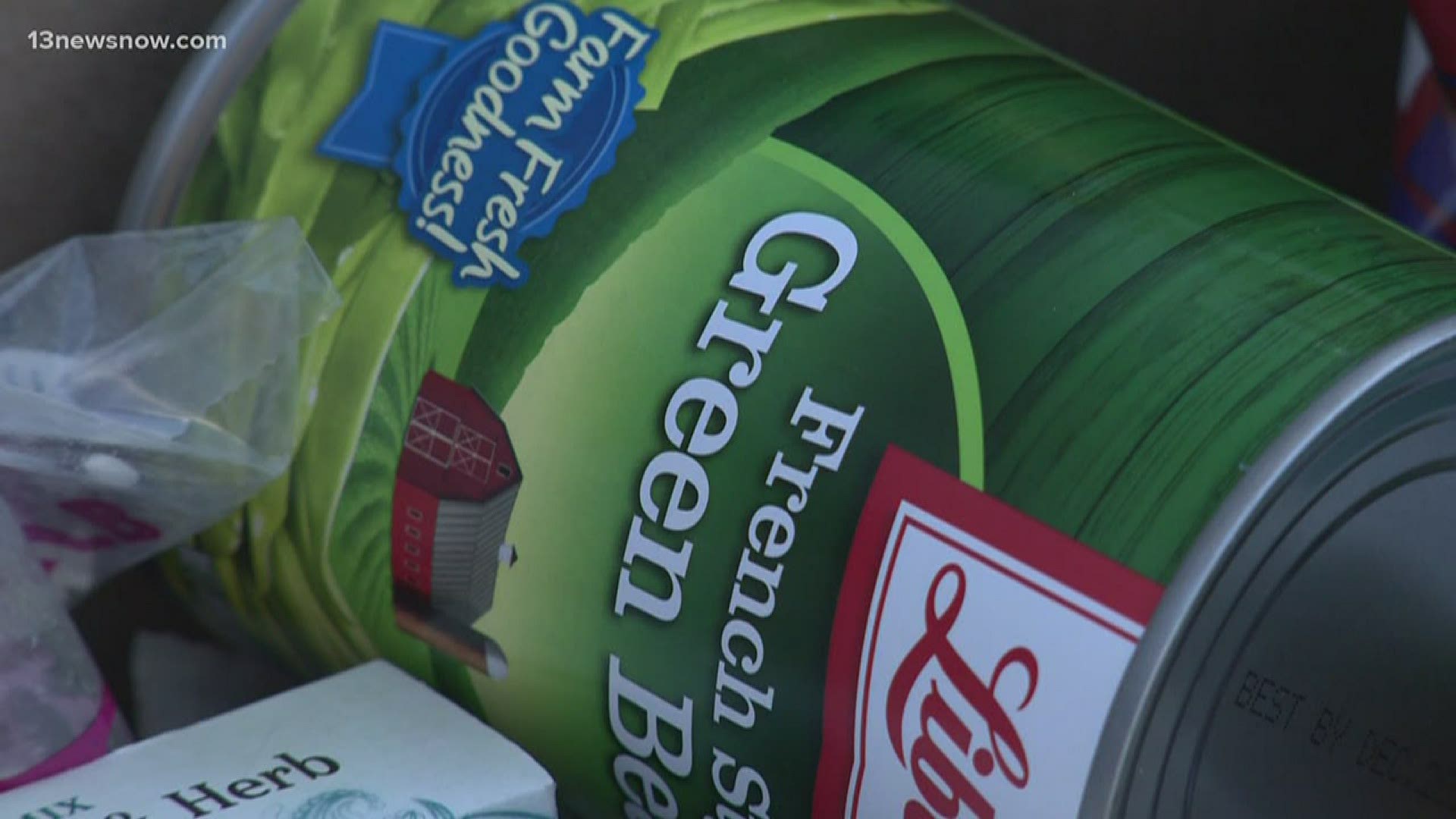 NORFOLK, Va. — The Foodbank Club of Norfolk Collegiate gave families a good reason to leave the house on Wednesday.

Juniors Taylor O'Neal and Jessica McGee are a part of the Foodbank Club at Norfolk Collegiate. While on quarantine, the Dean of Students reached out to the group to see if they still wanted to be active during this time.

Taylor expressed her interest in hosting a food drive at the school. Once the club got the go-ahead, they started planning.

“Then we all just collaborated on it as a group,” explained Jessica.

The students had to be creative with their meetings.

“It’s been fun, we had to do a lot of emailing and Facetiming, but it’s just nice to be able to talk to people,” said Taylor.

Families dropping off food also went home with a goodie for themselves.

“We’re basically having people bring their canned goods, pasta, and dry goods. When they bring that, they can also pick up a sign for the school to put in their lawn,” said Jessica.

They were happy to be out and helping their community once again.

“It’s really exciting, it’s definitely much better than sitting at home and you get to contribute to people who need it,” explained Taylor.

The food drive was the perfect reason to get out of the house.

“It feels pretty good because this is probably like one of the first times I’ve actually left the house... so it feels really good just to be out and be able to do something for others,” said Jessica.

The Foodbank Club hopes to beat its last collection.

“We did a food drive in November and we collected 400 cans and we’re hoping we'll exceed that today,” said Taylor.

RELATED: Virginia Peninsula Foodbank: 'We can't do what we do without volunteers'