Outside of protests, locals are showing support for the Black Lives Matter movement

Putting boots on the ground isn’t the only way people are supporting the cause. 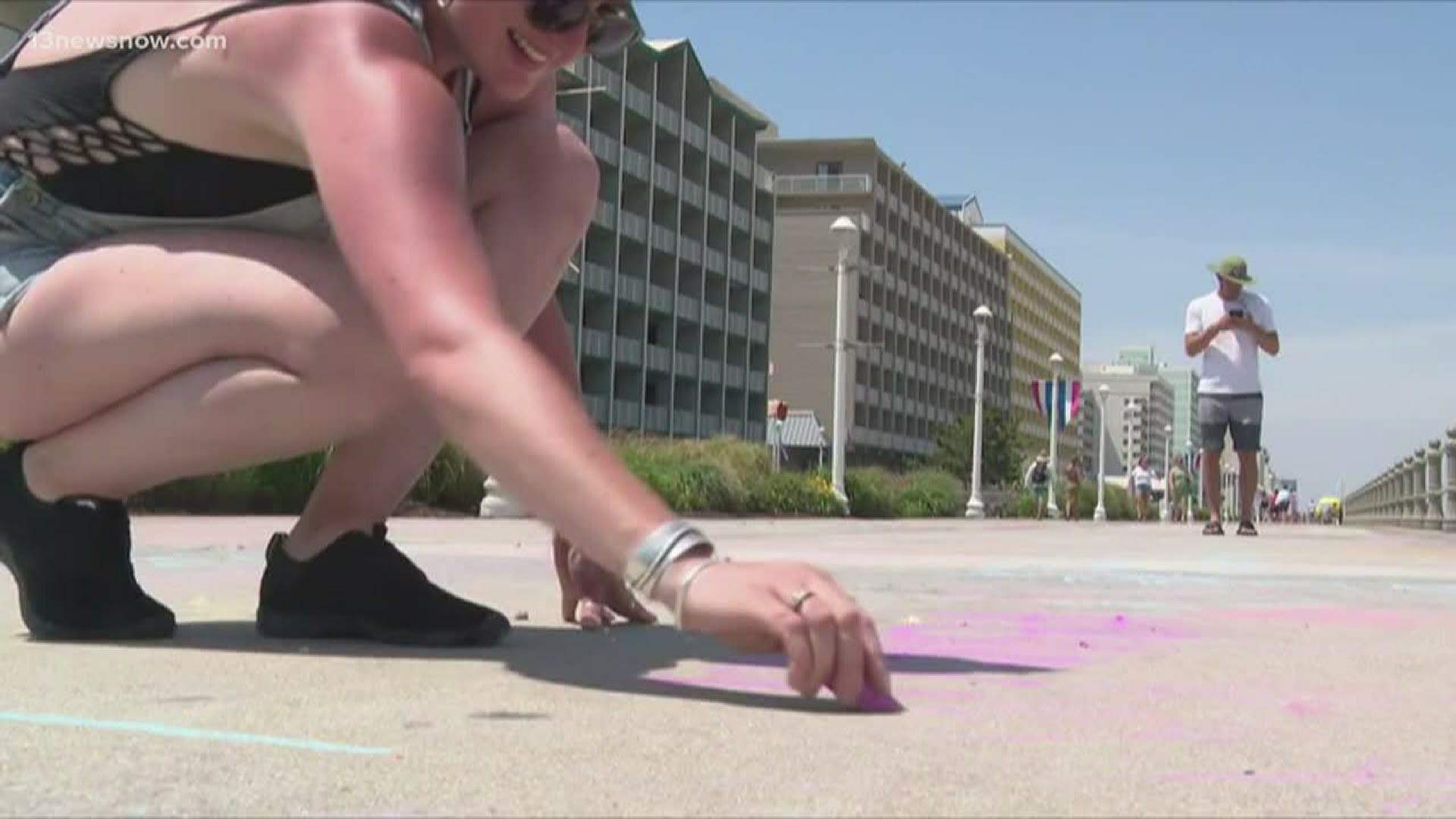 NORFOLK, Va. — Nationwide protests -- including ones across Hampton Roads -- are ongoing and powerful, representing the fight against inequality and racism.

They are a big part of the Black Lives Matter movement, ignited by the recent death of George Floyd in Minneapolis, but putting boots on the ground isn’t the only way people are supporting the cause.

You can find one example at the Virginia Beach Oceanfront. A chalk walk for justice was held Wednesday, inviting people to share messages of unity in chalk on the boardwalk.

“One Love,” “Say His Name,” and “Do Better America” are just a few of many messages.

Another powerful statement was made in Norfolk. "Scotch" and "Soda," the lion statues named and decorated by a homeowner on Hampton Boulevard, are now covered with black cloths.

The homeowner took to Facebook saying in part, “We must find peace. We must find a way to bring this nation together and assure equal rights for all people.”

Businesses are getting involved.

This Saturday, four businesses in Virginia Beach’s ViBe District will come together to raise money for the movement.

The Pink Dinghy, Three Ships Coffee, Jars of Dust, and North End Bag Company plan to donate all of their profits this Saturday to Black Lives Matter 757.

RELATED: Focusing on the positive: Portsmouth man cleans up neighborhood