"Who would take a trash can? An inspirational trash can... especially from children." 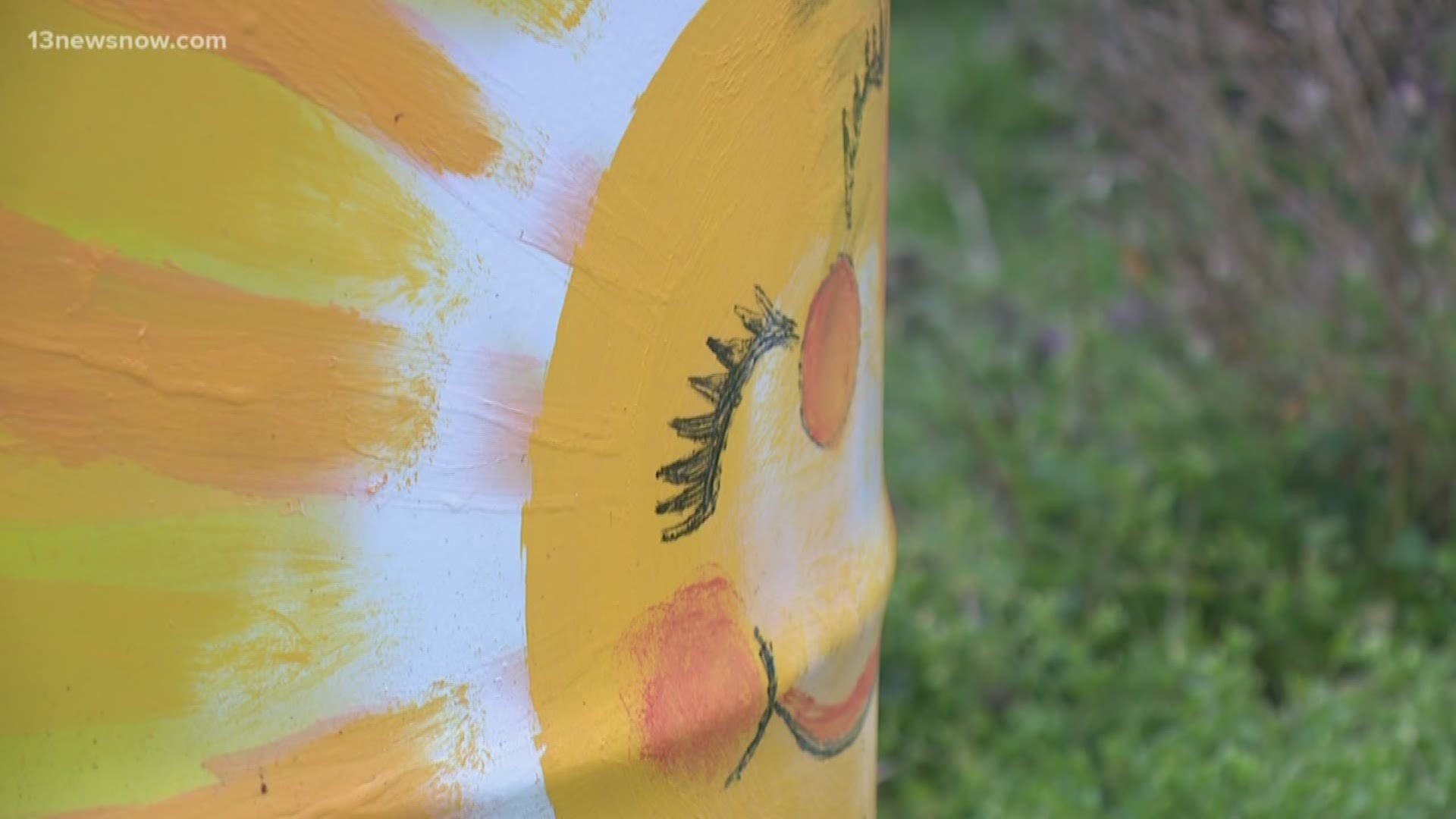 NORFOLK, Va. — It's the story of the missing sunshine trash can. The one that grew legs and walked away overnight, only to return months later in an unexpected but positive twist to an otherwise gloomy tale.

In a neighborhood where it's tough enough to be a kid, a message of hope was painted on a trash can last summer.

"The equipment is pretty old," Davis said. "The basketball court is really in bad condition."

One particular trash can was painted yellow with a big, beautiful cartoon sun. Large eyelashes and a lovely smile greeted every child who played at Pollard.

"It inspires them," she said. "It lets them know that they matter."

But the November day the trash can disappeared, it wasn't as sunny at Pollard Park.

"Who would take a trash can? An inspirational trash can... especially from children?" she asked.

A message was stolen overnight.

"There's a lot of violence in our community, a lot of shootings and things. We want to give [the kids] positive messages so when they come here, they know that this is a place for them," Davis said.

And a clean place, at that. One that, Davis said, these kids are worthy of. It was a small, yet powerful way to change the status quo.

"I was disappointed. I was a little let down because you're trying to get to a goal and if you have people setting you back as soon as you start out, you're discouraged," she said.

She had only been the president of the civic league a short time at that point. Some members of the community never stopped thinking about the MIA trash can, though. It was even discussed just last week at a civic league meeting.

But, if it hadn't returned by now, would it ever?

"We woke up this morning and my husband was leaving for work and I got a text that said, 'You're not going to believe this. The trash can is back.'"

Someone was listening. And as parents know, kids are always watching.

This may not be the message intended for them, but brighter days are certainly ahead for Pollard Park.

Credit: 13News Now
Jeannie Davis had only been president of the local civic league for a short time when a colorful trash can disappeared from Pollard Park.

"This is just the beginning, so, I really do want to thank the person who did return it," Davis said. "It takes a lot... sometimes, when you do something wrong, to make it right. So, we really do appreciate them making it right."

The civic league continues to make efforts to beautify the park. It's currently seeking a block-by-block grant in hopes of creating a dog park and updating the old basketball courts. 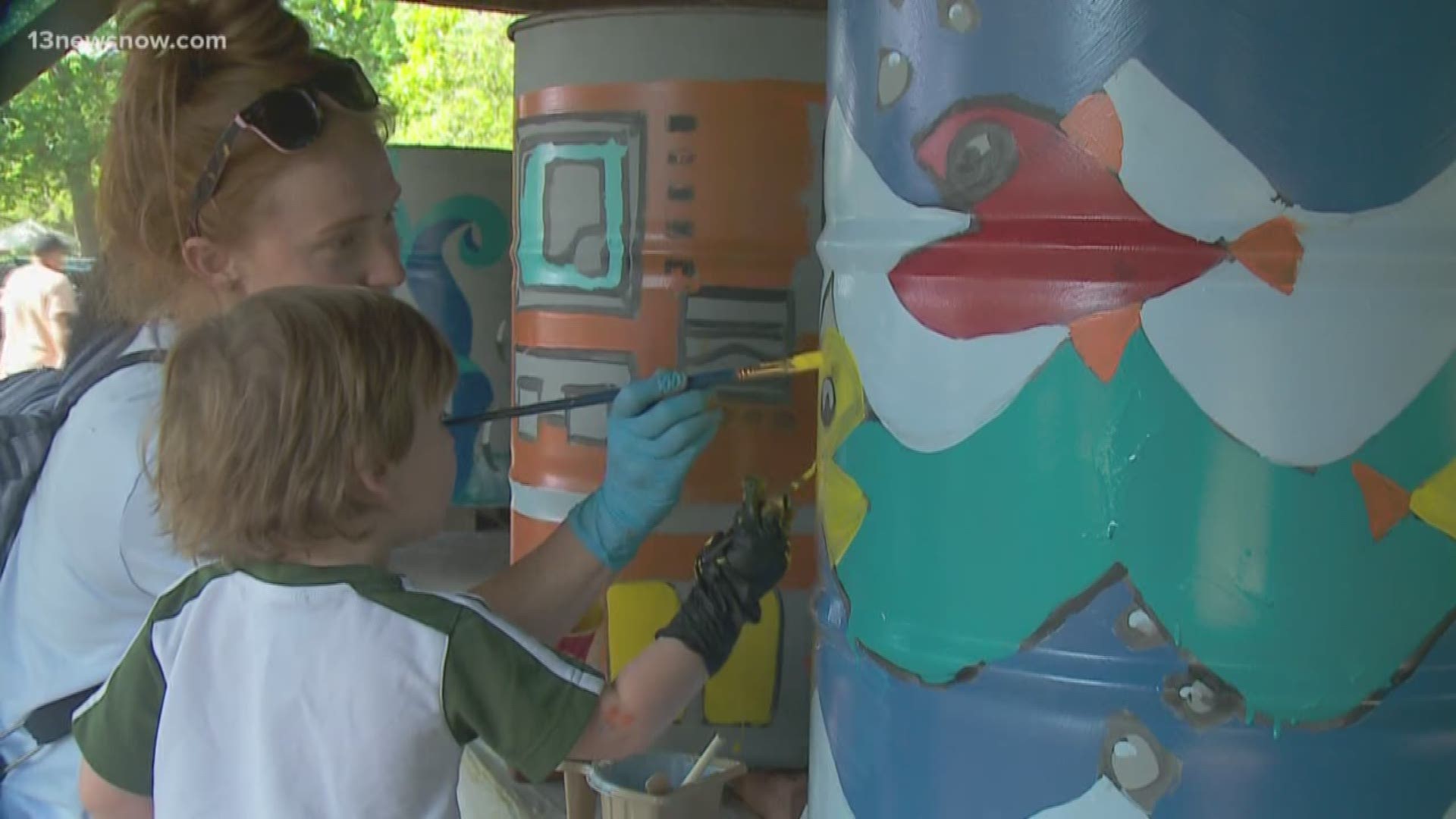