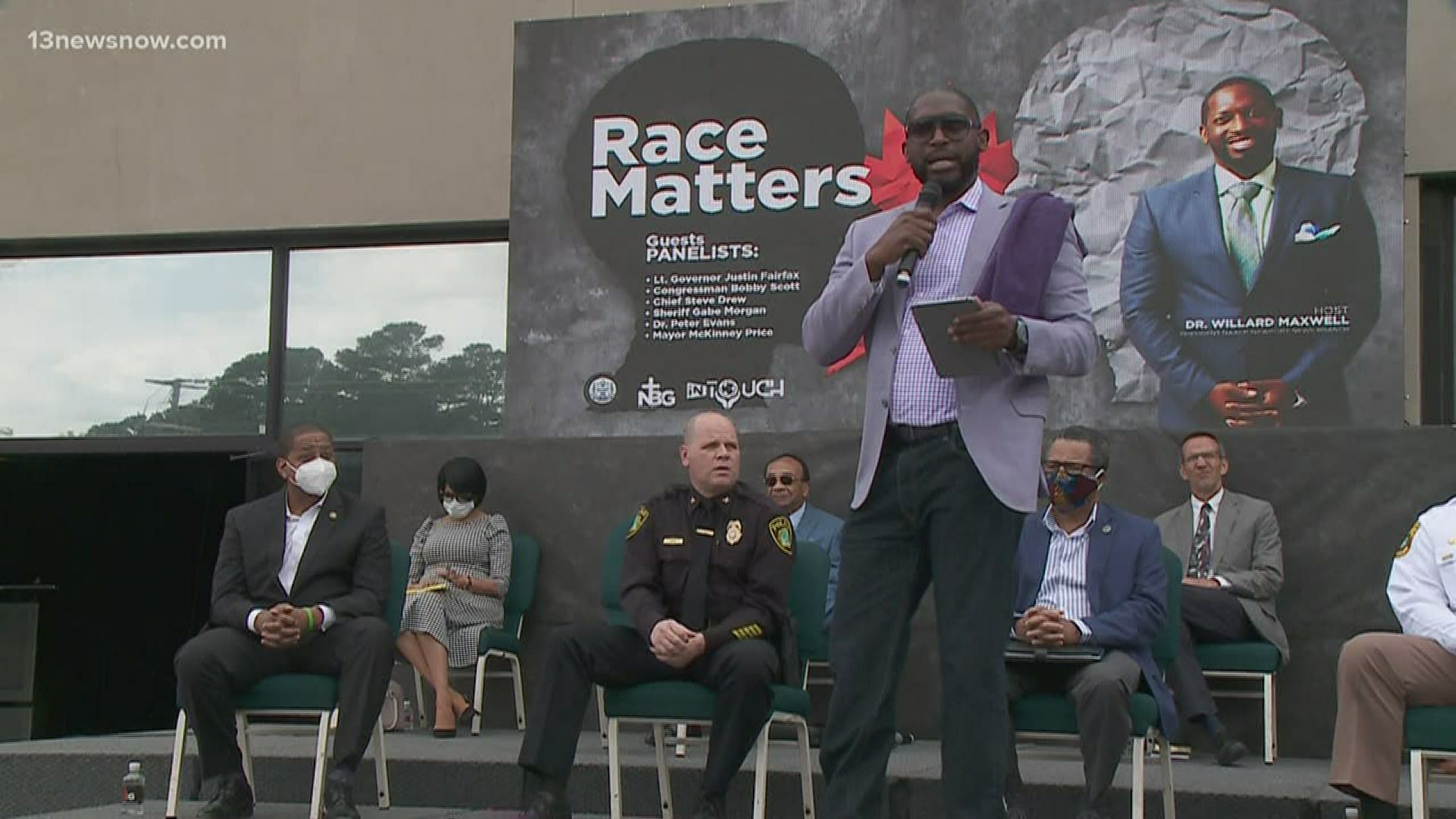 NEWPORT NEWS, Va. — New Beech Grove Baptist Church held an informational panel about race Sunday morning. The discussion was in light of the death of George Floyd, an unarmed black man in Minneapolis.

Dr. Willard Maxwell, Pastor and President, of the Newport News Chapter of the NAACP hosted the open dialogue between law enforcement officers and people who attended the event.

Newport News Sheriff Gabe Morgan and Lieutenant Governor Justin Fairfax were among those who spoke.

"I'll tell you like this. What we witnessed was wrong. You had an individual that was on the ground, already subdued, and was held for another 8 minutes in that position. That's not how we're trained," Morgan said.

Fairfax explained that he had to have the tough discussion with his children about what was going on in today's world.

"We had to explain to our 9-year-old and our 10-year-old that they had to operate differently in society. They had to protect themselves and couldn't do the same thing as their neighbors and friends and that they would be viewed differently in certain situations," said Fairfax.

Newport News Police Chief Steve Drew also attended the panel discussion. He said his "heart for people" is what drives him and his team to lead the community into the right direction and that police brutality never be will be tolerated under his guidance.

The panel was open to the public, and due to the coronavirus pandemic, everyone kept their distance while wearing face coverings. Almost everybody stayed in their cars while the speeches were being given.