A small business forum is scheduled for next week in Portsmouth to learn more about being a part of the project. 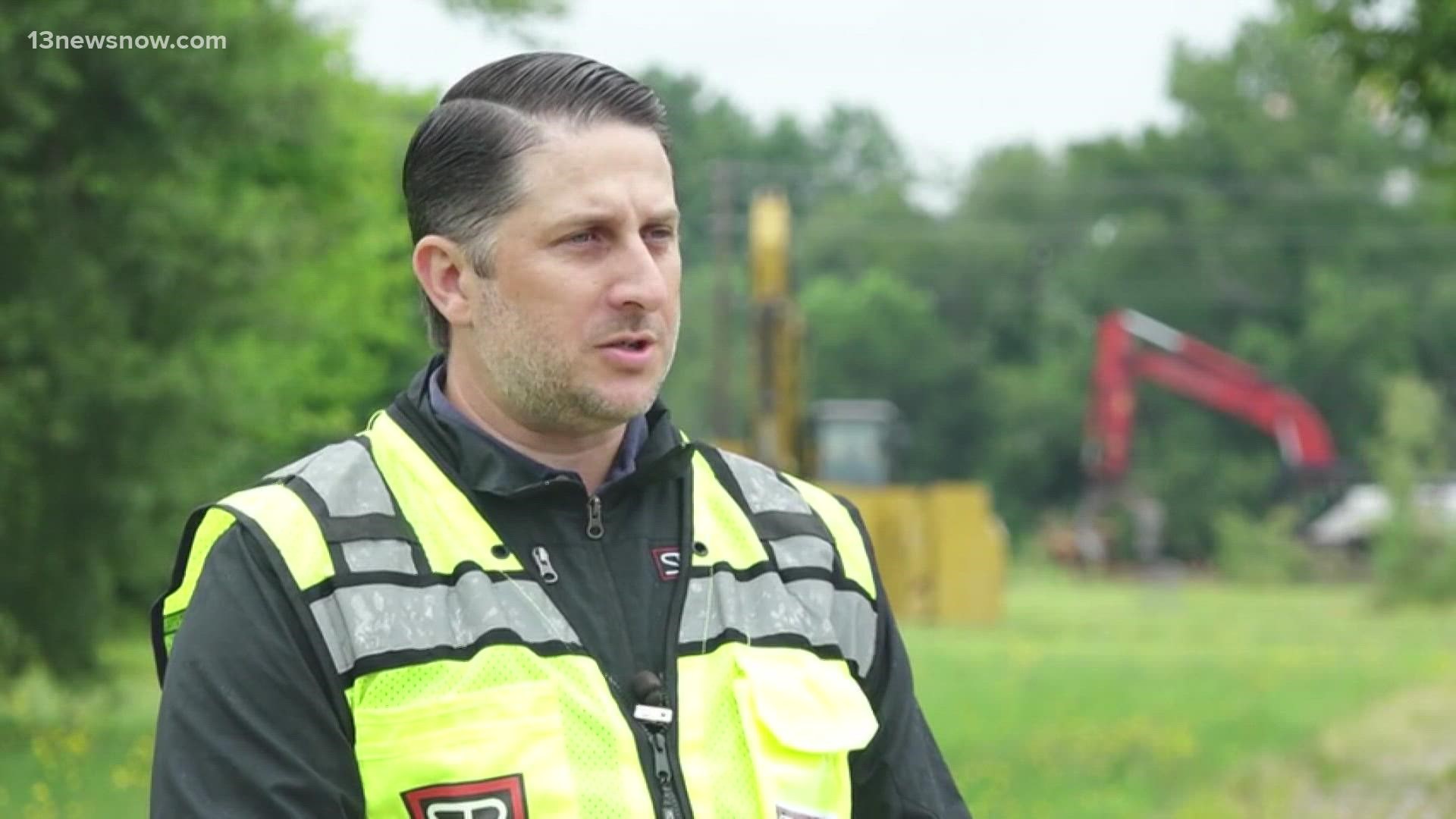 PORTSMOUTH, Va. — The site of a Hampton Roads Casino has a new look, as crews prepare for the upcoming construction of Rivers Casino Portsmouth.

“Over the next couple of weeks, you’ll start seeing some major landscape changes, all the trees and shrubbery on site will all be gone," Justin Ballard of S.B. Ballard Construction Company said.

National contractor Yates Construction partnered with locally based S.B. Ballard Construction as the general contractors on the project. Driving by Victory Boulevard in Portsmouth, crews can now be seen clearing the plot of land the casino will be built on.

“All sort of setting the stage, developer Rush Street Gaming allowed us to get started on some preliminary site work. Once the Virginia Lottery board approves the license we’re already sort of at a running pace," Ballard said.

As the project still awaits approval in the application process through the Virginia Lottery, Ballard says the early prep work allows them to stay on schedule with the construction timeline.

In the 2020 elections, Portsmouth voters approved a casino referendum by a nearly two-thirds vote, along with voters in Norfolk, Danville and Bristol for casino projects of their own.

This came months after the General Assembly signed into law authorizing casinos in these cities as well as Richmond.

Rivers Casino Portsmouth plans to bring 1,300 permanent jobs to the area along with 1,400 construction jobs, an endeavor that billed at more than $300 million.

Now, the earliest stages of the journey are underway.

"Last week we started to put up erosion and sediment control, perimeter fencing for security, the trailers showing up for our trailer compound," Ballard said.

While many dates and timelines are subject to change based on the Lottery Board's decision, Ballard says the construction preparation phase is expected to take until October, when construction of the project's building pad could begin.

Next Tuesday, a small business forum is being held at the Tidewater Community College campus in Portsmouth from 2 p.m. to 4 p.m., for local companies and subcontractors to meet in person with project leaders about getting involved with the building process.

“I get so many calls, over a dozen a week on this project alone, people asking 'What can I do?'" Ballard says.

More information on the project can be found at the casino's project website.