The Salvation Army’s Angel Tree program has been going strong for more than 40 years in Hampton Roads. You can help children and families in need at Christmas. 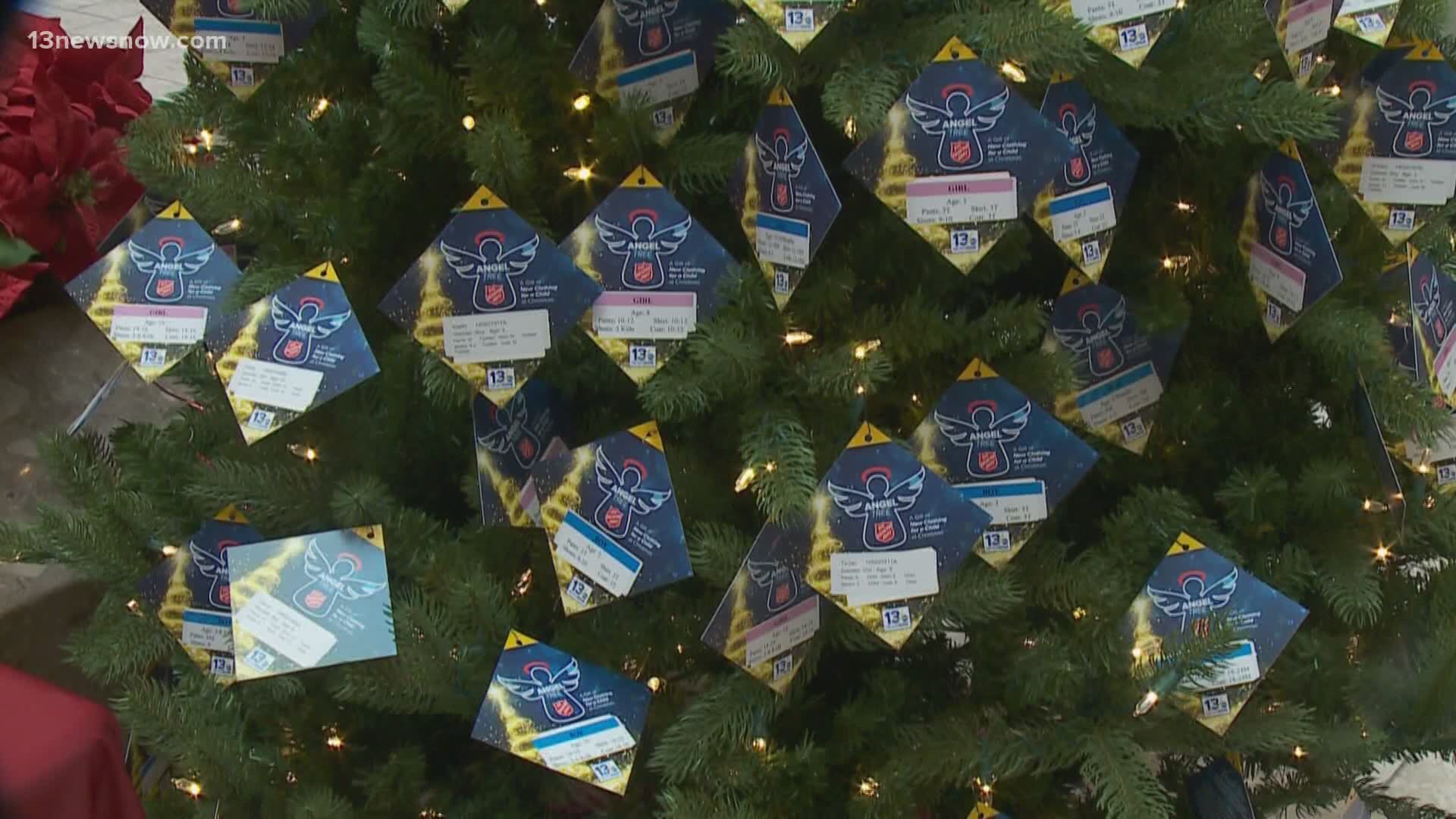 The Salvation Army’s Angel Tree program has been a part of the holiday season in Hampton Roads for more than four decades. Every Christmas, dozens of businesses, churches, companies, and others have put up an Angel Tree filled with tags that have clothing needs of children on them. People take a tag and shop for the need listed for a specific child.

The coronavirus pandemic won't stop the good that the Angel Tree program does, but the Salvation Army is adjusting the way the it's operating the program to ensure everyone involved is safe and stays healthy.

Instead of asking for donations of personalized clothing to children, the organization is asking people to make a monetary donation towards the purchase of a gift card. The card that will be purchased with the donation only can be used for clothing and shoes.

The suggested gift is $50 per child.

The Angel Tree program represents the needs of thousands of children across Hampton Roads. With your help, we will provide a gift card restricted for clothing to the parents of  children ages 0-12.

You can adopt an angel (or angels) through a donation here.

13News Now has partnered with The Salvation Army in its Angel Tree program since 1984. Here's a little more about it from the Army's website:

Along with the familiar Red Kettles, the Angel Tree program is one of The Salvation Army’s highest profile Christmas efforts. Angel Tree was created by The Salvation Army in 1979 by Lt. Colonels Charles and Shirley White when they worked with a Lynchburg, Virginia shopping mall to provide clothing and toys for children at Christmas time.

The program got its name because the Whites identified local children’s wishes by writing their gift needs on Hallmark greeting cards that featured angels’ pictures. They placed the cards on a Christmas tree at the mall to allow shoppers to select children to help. Thanks to Lt. Cols. White, who was assigned by The Salvation Army to the Lynchburg area, more than 700 children had a brighter Christmas that first year.

Three years later, after being transferred to Nashville, Tennessee, the Whites launched the Angel tree program in Music City.  WSM radio, which airs the Grand Ol’ Opry, came on board that year as the first Angel Tree co-sponsor in the U.S.

Because of the on-air promotion on WSM in Nashville and national publicity on CNN and the Larry King Show, news of Angel Tree spread across the country like wildfire.