The organization received a $15,000 grant from the TEGNA Foundation, the parent company to 13News Now. 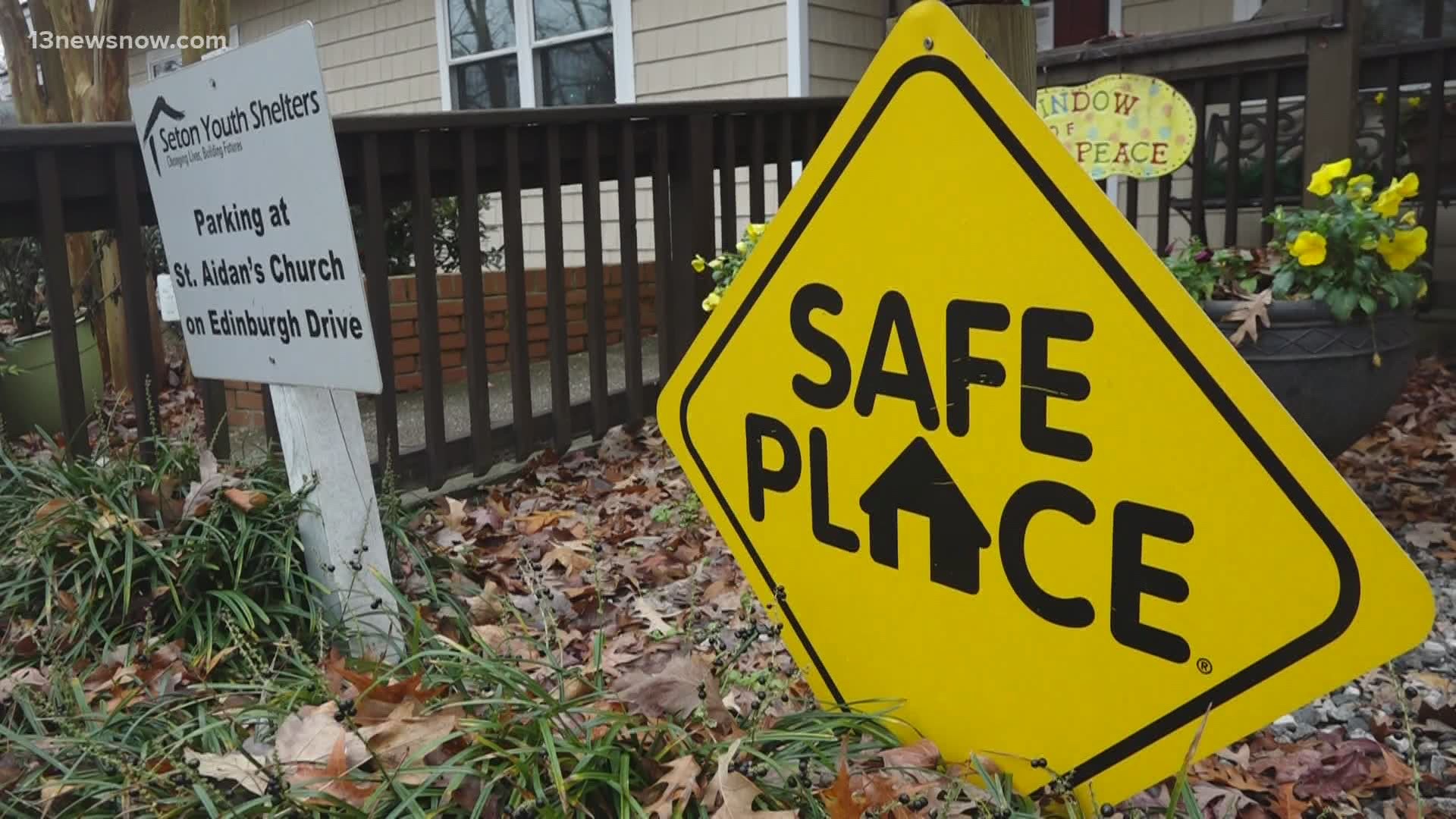 VIRGINIA BEACH, Va. — A big change is coming to one local organization, working every day to keep kids in Hampton Roads off the streets.

Of all the years to build something new, Jennifer Sieracki said 2020 is not the year when she expected it to happen.

“We lost a great deal of funding due to closed retail operations and canceled special events. We’ve had to work very hard to find what funding is available," said Sieracki, who is the Executive Director of Seton Youth Shelters, a Virginia Beach-based organization sheltering at-risk and vulnerable youth for nearly four decades.

Like so many other businesses, people, and organizations in 2020, Sieracki said Seton Youth Shelters faced financial struggle from the COVID pandemic, challenging their jobs to house and help children and teens in Hampton Roads.

“Lost about 25-percent of our annual operating income from the cancellation of our two signature fundraising events," Sieracki said.

But a new home is on their horizon.

Sieracki said Seton Youth Shelters has secured a three-acre plot of land to build a new campus for the kids and teens they take in to keep off the streets.

Currently, boys and girls are staying in separate housing units in Virginia Beach, which has remained that way since the program's start in the 1980s.

“In the first time of our four-decade history, one campus: the boys house and girls house, educational, and admin are in one space," Sieracki said.

Located in what's being described as "central" Virginia Beach, the project is estimated to cost roughly $5 million, with construction not expected to begin until mid-2021.

While the same number of children can ultimately be housed at the same time on the new campus, the new space allows the organization to experiment with other needs they want to fill on the grounds.

“Now that we’ve found the land, we just keep thinking of ways we could do this better," Sieracki said.

On an annual basis, the program helps and serves about 5,000 children and teens, and more than 300,000 people have been helped by the program's services since its inception.

Sieracki said in a Monday interview that the new campus is coming at an opportune time, as the pandemic has coincided with more children being at-risk as more families face financial uncertainty.

“Two to three siblings from one family come to us, whose parents are suddenly homeless because of the economic impact of job loss," Sieracki said.

Seton Youth Shelters received a surprise grant worth $15,000 earlier in 2020 from the TEGNA Foundation, the charitable foundation sponsored by 13News Now's parent company.