The city will be one of the first in the Commonwealth to implement the Marcus Alert system. 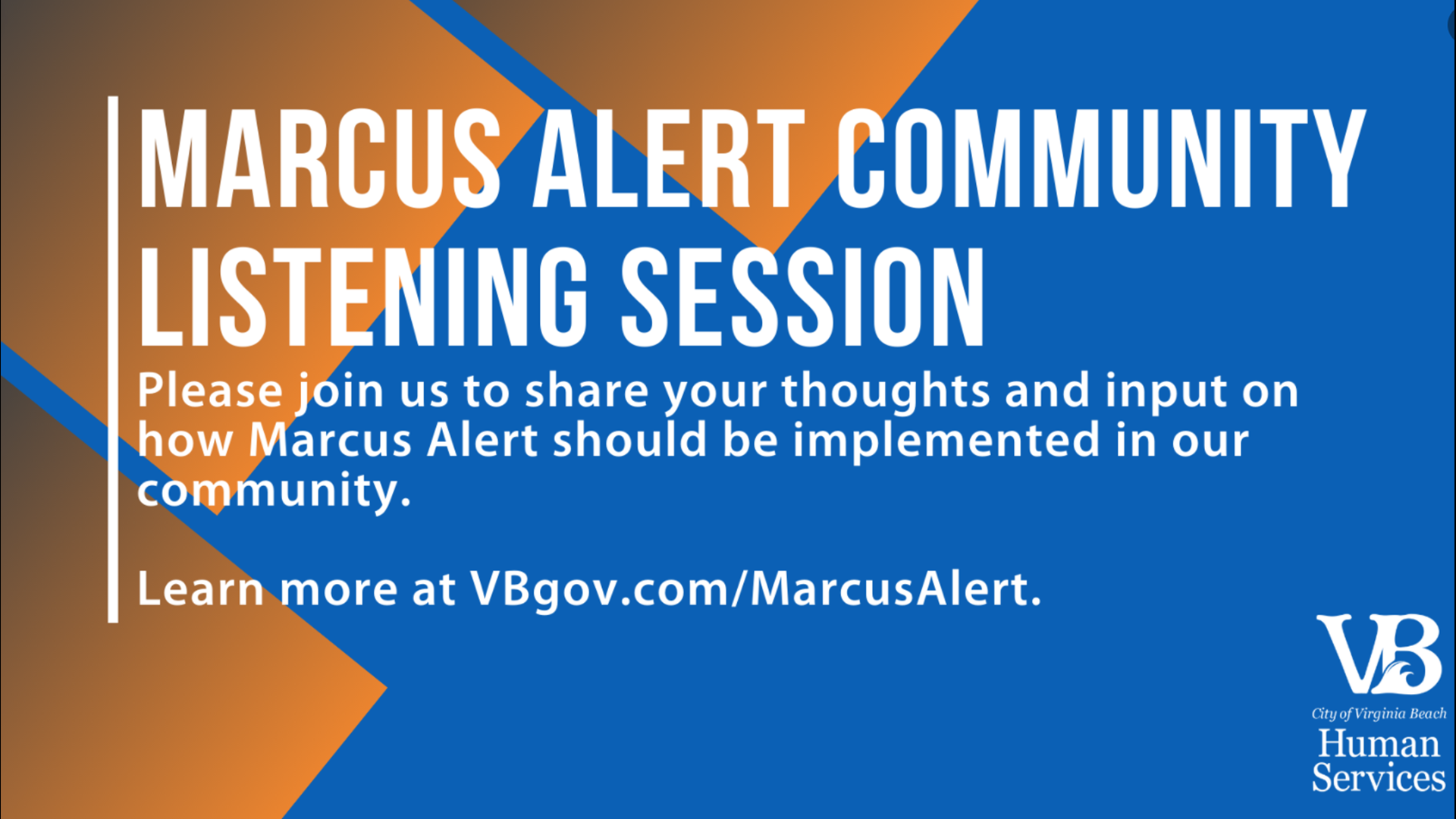 VIRGINIA BEACH, Va. — The City of Virginia Beach is one of the first cities to implement a major law to address how to deal with people in a mental health crisis. The goal of the Marcus Alert law is to help police and mental health clinicians working together. The law was put into legislation in 2020 and now the City of Virginia Beach want the public’s input on how it should be implemented.

“I have a couple of different takes because, we personally - as a family - have interacted with law enforcement when our daughter was in crisis," said Parent and Interim President of NAMI Coastal Virginia Susannah Uroskie.

The Marcus Alert is not like an amber alert. The system will not trigger an alert on a persons' phone nor any other kind of public alarm. It's a set of protocols to help police and mental health professionals work together in a crisis.

“It's kind of like a framework for how they are going to respond to a crisis," said Uroskie.

“It can help really bridge the gap and work further upstream in an effective way and a less intimidating way for the person in crisis," said Virginia Beach Psychiatric Center CEO Kurt Hooks.

Hooks explained what he wants to see when once the alert is fully implemented.

“Build in kind of a program evaluation component that every so often you're kind of cycling back through that process to understand the community members and how's it's going for them," said Hooks.

The Department of Human Services will have two virtual listening meetings about the Marcus Alert. The first meeting is on August 25th and September 2, 2021.

The Marcus Alert is named after a behavioral heath crisis involving a man named Marcus Peters that turned deadly in 2018. Peters was a high school biology teacher who was killed by a police officer in Richmond.

According to the law all community services boards and behavioral health authorities throughout Virginia will need to establish a Marcus Alert system by July 1, 2026.