Three fifth grade girls work together so their neighborhood can express themselves. 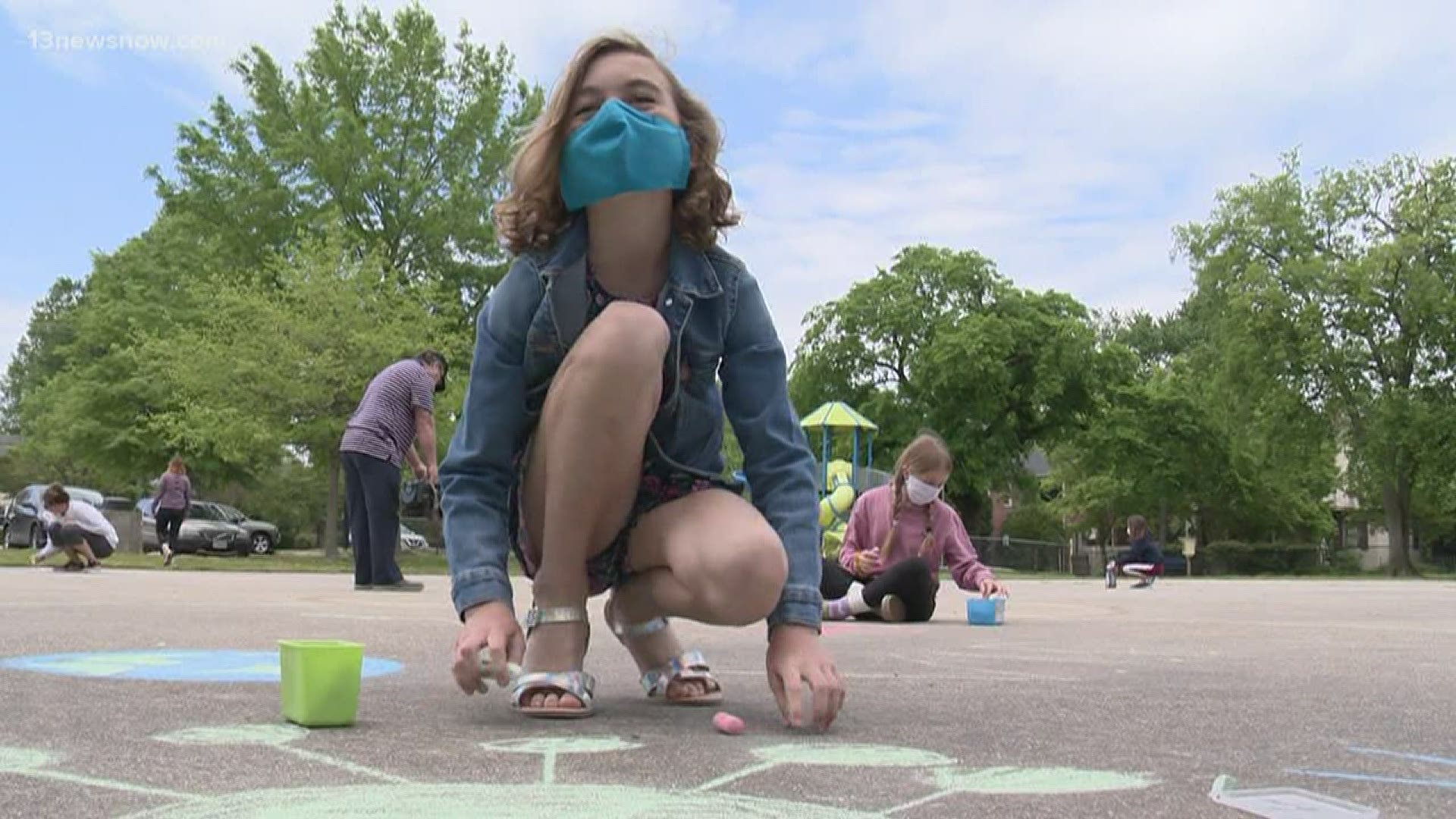 NORFOLK, Va. — Fifth graders Lenox Wakefield, Sofia Hallberg, and Zoe Nelson had an idea that they wanted to let the whole neighborhood in on.

“We are inviting the neighborhood to do some chalk art. We want to spread joy and have people express themselves,” Lenox said.

While on their daily bike ride, the girls talked about how the pandemic has changed their lives. Once they got to their school’s blacktop at Taylor Elementary, Sofia shared that she covered her entire walkway going up to her house with chalk art.

That’s when the idea struck.

“What if we cover the whole blacktop with chalk?” Lenox asked in which Zoe replied, “We need more people to help with that.”

The girls put up signs in West Ghent asking the neighborhood to come out and draw. Working together, they also came up with a plan to keep social distancing.

“We split it into two shifts because we want to maintain social distancing. We made it like a checkerboard. So one square people would be in, skip another square, and then another square,” Sofia explained.

Planning this event took a lot of time.

There were a few bumps while organizing this event.

“We sometimes fight, but we’ll always get back together and it’s a little hard but it always works well in the end,” Zoe noted.

About 50 people come out to do chalk art.

“Makes me very happy! I didn’t think there was going to be quite a turnout,” said Lenox.

RELATED: Oceanair Elementary School reaches out to kids with a 'teacher parade'

RELATED: Virginia Peninsula Foodbank: 'We can't do what we do without volunteers'