A Department of Defense report found that more than two-thirds of the nation's bases are at-risk. 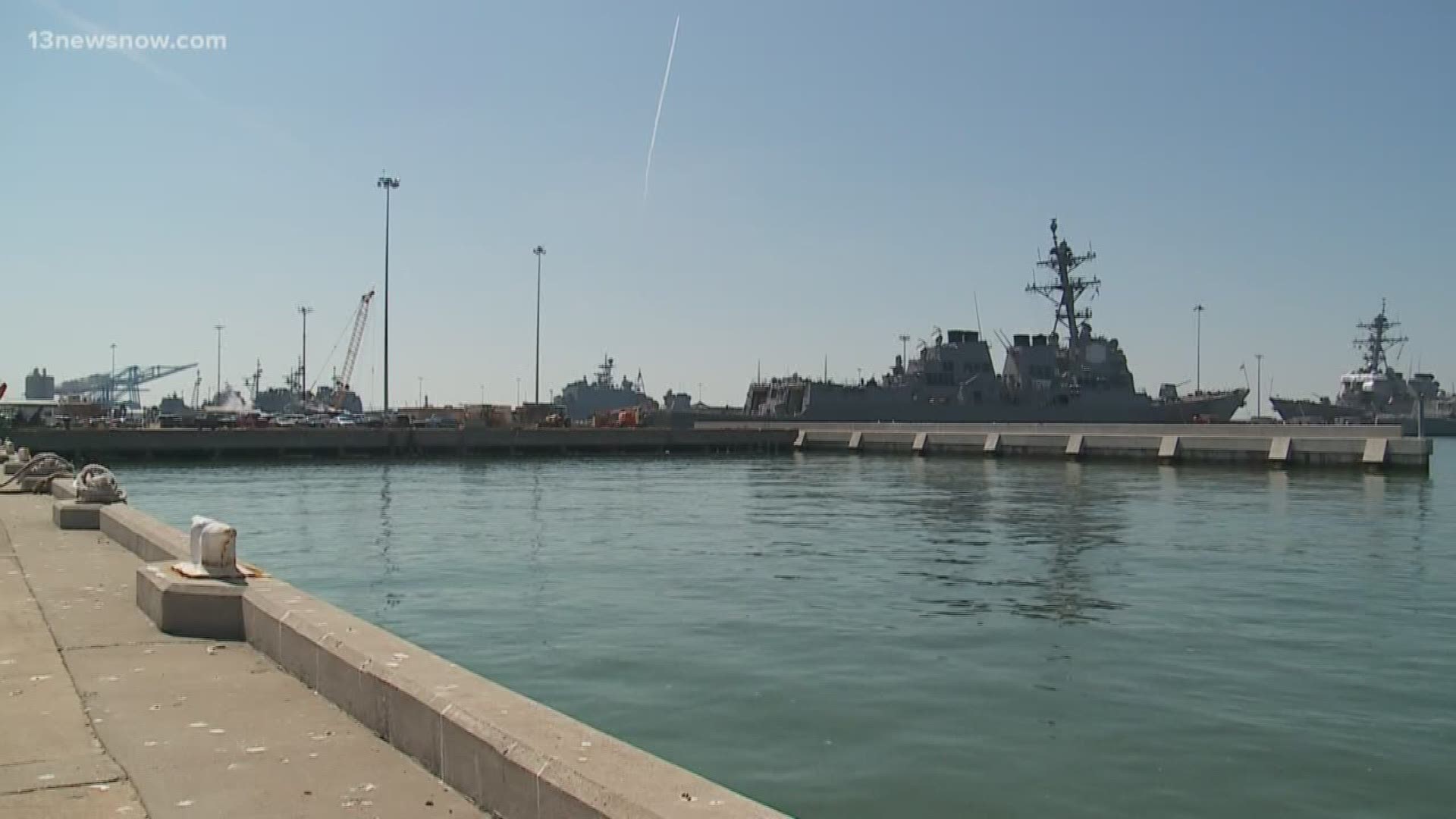 WASHINGTON — A Department of Defense report submitted to Congress in January found that more than two-thirds of the military's operationally critical installations are threatened by climate change.

From stressing infrastructure and training operations with extreme weather to contributing to instability in fragile regions of the world.

Naval Station Norfolk is surrounded by the Elizabeth and James Rivers and the Chesapeake Bay, and experiences flooding in and around the facility often.

A U.N. report on climate change found that water levels in Hampton Roads have risen 18 inches in the last 100 years, and predicts they will rise five more feet by the year 2100.

"This is such a critical issue to the region and all the services and Coast Guard located in the area," said Rep. Elaine Luria (D-Va., 2nd District).

Retired Rear Admiral David Titley, Director of the Center for Solutions to Weather and Climate Risk, told the House Armed Services Subcommittee on Readiness that the threat is real.

"Adapting for climate change is a readiness issue," he said. "It is not a partisan or political issue or a desire to appear green. In addition to sea level rise threatening our coastal installations, other bases and training ranges are at risk to increased  frequency and severity of wildfires, droughts and floods."

"The subcommittee should certainly ask the Pentagon to do a better job of assessing the vulnerabilities of these bases," she said.

The panel is examining military installations' response to climate change and developing legislation to ensure base resilience.

Colorado Republican Doug Lamborn just wants to make sure whatever is done is done smartly.

"In the past, environmentally based mandates have squandered too much money and effort on greening the military," he said.