Some Shore Drive residents are freaking out over the latest coyote spotting that has become the talk of the street. 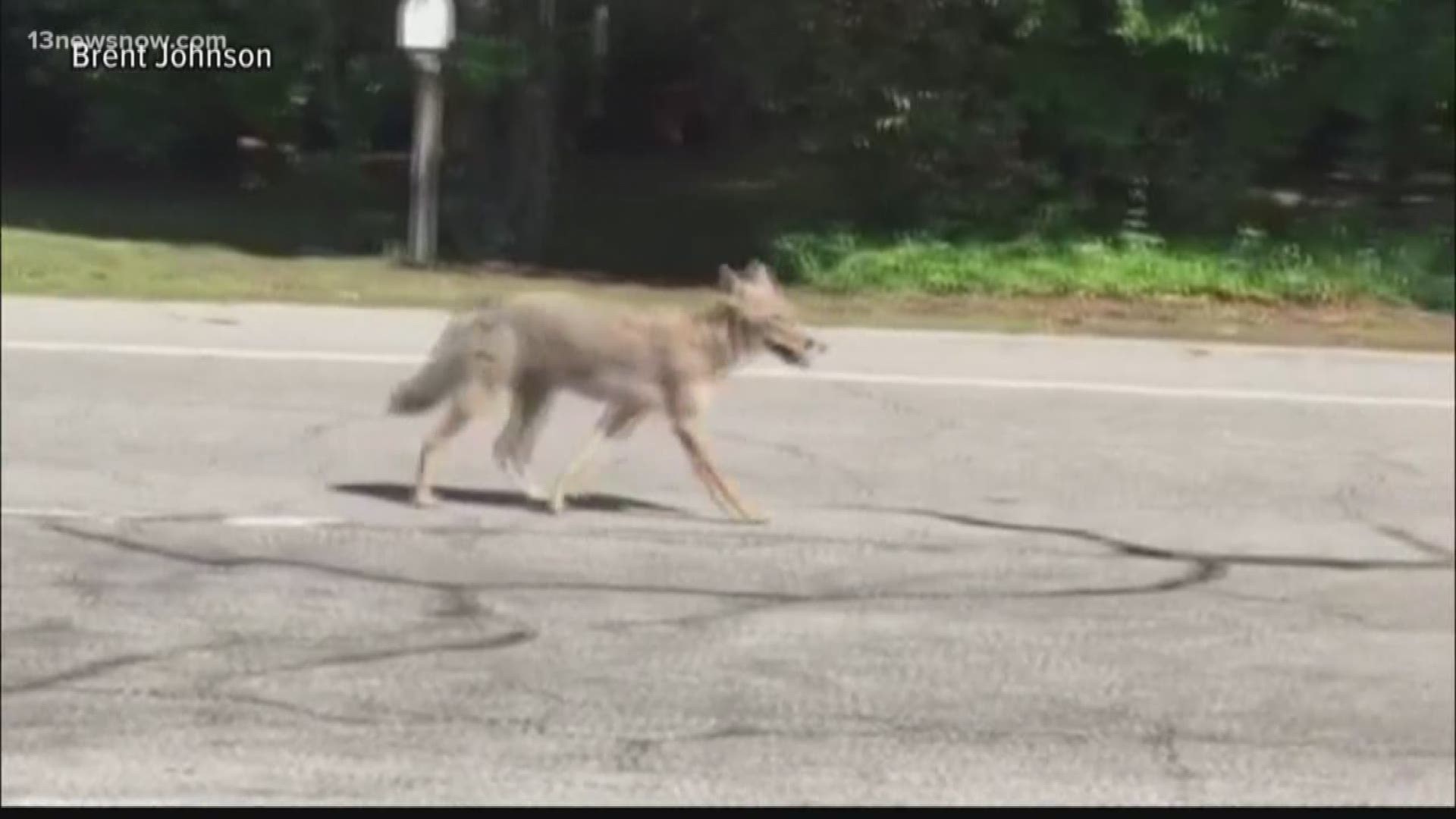 VIRGINIA BEACH, Va (WVEC) — Some Shore Drive residents are freaking out over the latest coyote spotting that has become the talk of the street.

Brent Johnson said he was on his way to the Oceanfront Friday morning when he spotted the coyote near First Landing State Park.

“I’ve heard they’re in the area, but I’ve never seen one before, so I was surprised to see it, but not shocked,” he said.

He was surprised enough to take out his phone and film and share the video on Facebook. It got close to 2,000 shares.

“It is a mixed bag of reactions to the video,” Johnson said. “Half the people seem to want to relocate the animal, or trap it and take it to a safer area. The other half thinks they should be destroyed because they’re a nuisance to the public and a danger to pets.”

Most Shore Drive residents 13News Now spoke with said the sighting shocked them and put them a little on edge.

Some said they’ve seen the “rogue” coyote for a while now. Numerous posts on the “NextDoor” app show residents posting pictures during the mornings.

“It saw me and actually turned around and came back toward me and just sat in the yard,” said Shawn Stinchcomb. “Almost like it wanted me to feed the coyote.”

We showed the video to Lee Walker with the Department of Game and Inland Fisheries. He told us the coyote was most likely searching for food and rabbits are common prey right now.

Walker said it is rare to see them so early in the morning, but the best way to prevent them from being a bother is to put away any outside food. If you encounter a coyote, he urges you to stand your ground and make noise. That’s when it should flee.