The shooting took place Friday afternoon at the Walmart in Greenville County. 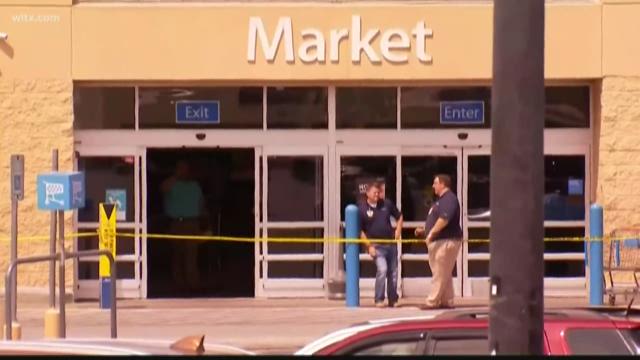 GREENVILLE, S.C. — A man is dead following a shooting at a Walmart in Greenville County, officials confirm.

Multiple media outlets confirm a victim died at the Walmart on White Horse Road in Berea. Police say they got a description of the suspect, and he was taken into custody a short time later.

The suspect was identified as Braylon Lamar Morris, 33. Morris was charged with murder and possession of a weapon during a violent crime.

The Greenville News reports the victim died from at least one gunshot wound to the upper body. A suspect is reportedly in custody, but that person's name has not yet been released.

"Investigators have learned this was an isolated shooting as preliminary information reveals the suspect and victim were familiar with each other and the shooting was a result of some type of dispute," Lt. Ryan Flood said in a statement issued to the media.

Additional details leading up to the shooting were not immediately available. The store was closed as officers investigated what happened.

Man annoyed by fireworks shoots three people, get show himself

Fire that led to explosions at fireworks stand was arson, police say

Man sues over crash with an alligator on I-95 that killed wife, kids