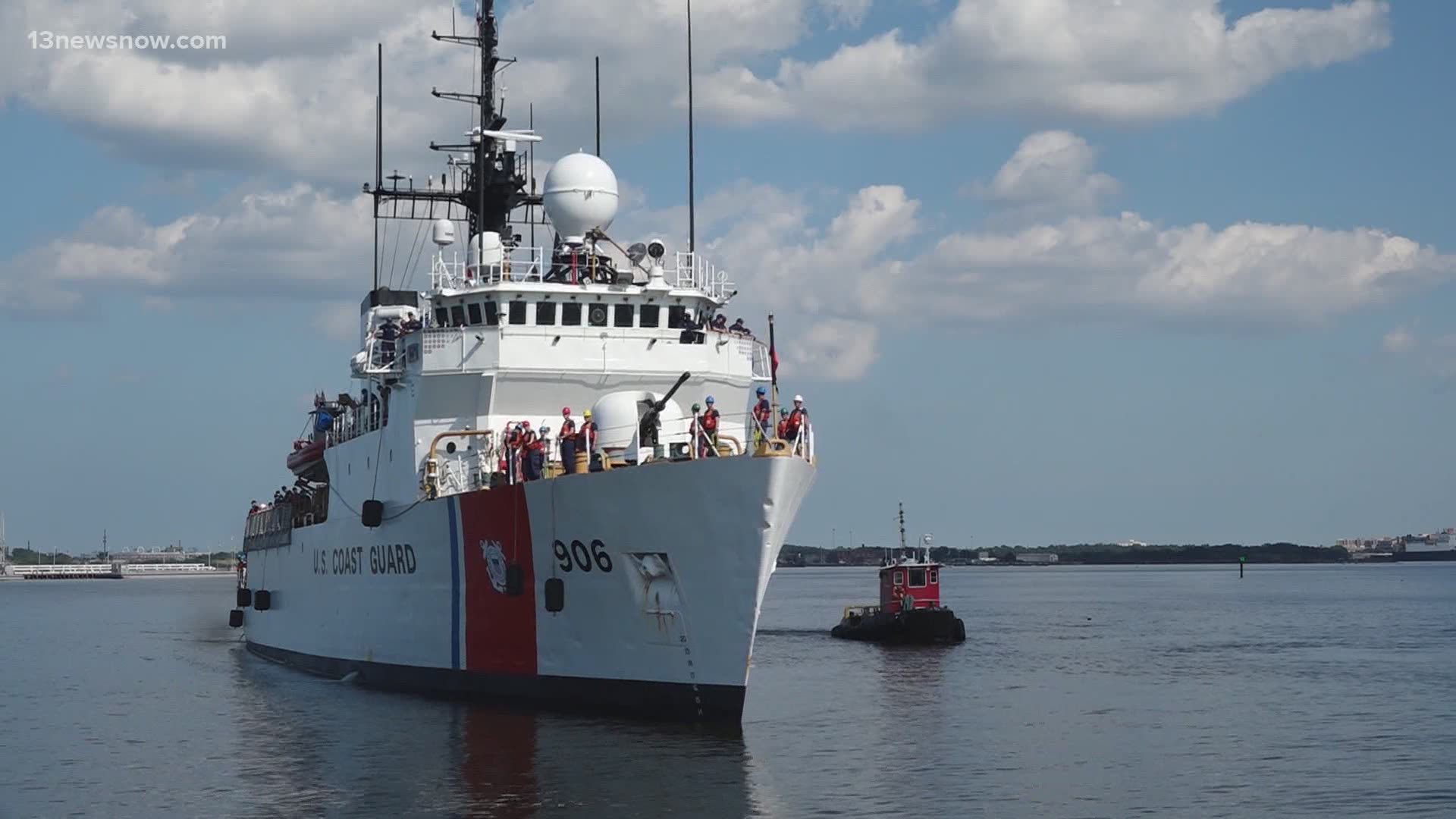 After an 80-day trip, the USCGC Northland returned to its homeport in Portsmouth on September 13.

“During this patrol, our crew showed terrific adaptability when responding to equipment malfunctions, scheduling changes, issues spurred by the COVID-19 pandemic, and a litany of other challenges faced," said Northland's Commanding Officer Patricia M. Bennett.

"I am extremely proud of the effort put forth by Northland, our embarked aviation detachment, and all of the support elements that worked to ensure our safety and success throughout,” Bennett said.

This patrol resulted in the seizure of 7,833 pounds of cocaine, which has an estimated street value of $148 million.

These drugs were offloaded at the U.S. Coast Guard Base Miami Beach, and three suspected smugglers were transferred to the Coast Guard Seventh District and U.S. Drug Enforcement Administration personnel.

While on patrol, the USCGC Northland also aided in the rescue of three fishers from their boat, which caught on fire near Costa Rica.

New and returning crewmembers also took part in navigation, engineering and nautical activities while out at sea.

The USCGC regularly deploys to take part in counter-drug patrols and search and rescue operations in the Western Hemisphere.

This is in light of the increase in presence that the U.S. Southern Command and other government agencies began in April of 2020 to disrupt drug flow into the country.