Yvonne Matthews said she had 13 packages left to deliver for Amazon Friday night when a group of people stole her car. She's still looking for it. 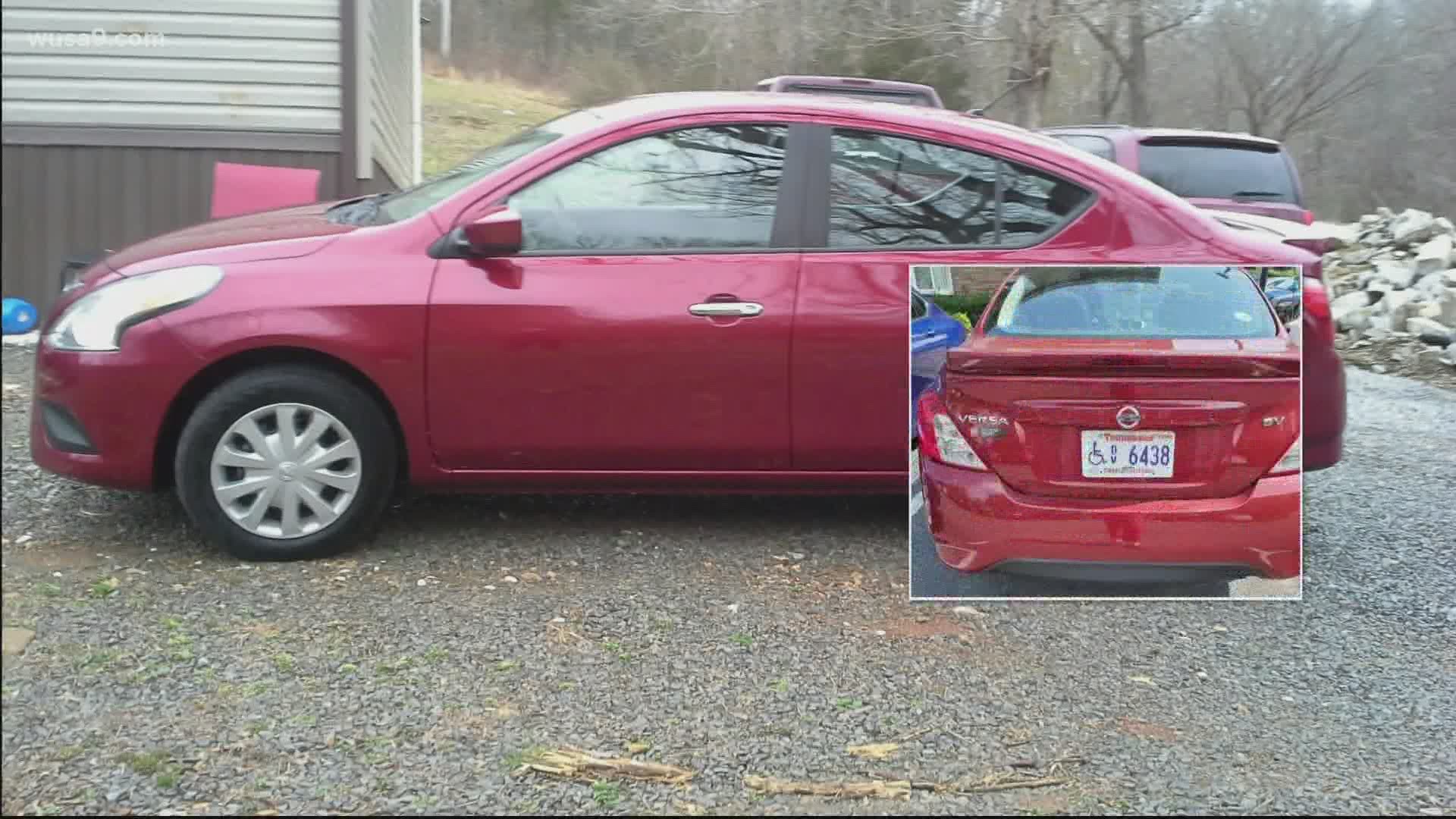 WASHINGTON — Yvonne Matthews has become one of the latest victims to have her car stolen mid-package delivery in D.C.

Throughout the city, DC Police crime data shows that there have been 1,000 more car thefts this year as compared to last year. Just Thursday, DC Councilmember Mary Cheh's car was stolen as she was stopping in a local bakery.

Matthews, who works as an Amazon Flex delivery driver using her own car to deliver packages, was in the middle of her route Friday night when it happened.

“I got out of my car to make my delivery, and someone jumped into the car, did a U-turn, went down the street and then about three to four other people in dark hooded clothes jumped in the car and sped off," she said.

She said it happened around 7 p.m. near 2100 First Street Northwest. There were 13 packages left in the car when it was taken, she said.

Matthews had left the car running, since the door was a few steps away, but she thinks that actually kept her safe. Looking back on the incident, she thinks if she had locked the car, the group could have tried to forcibly get the keys from her.

“I’m all kind of shaken up and kind of frightened," she said. "We’re all on high alert.”

Adding to the stress, she said the car isn't even hers -- it's her boyfriend's mom's car.

RELATED: 'It only takes a split second' | Delivery drivers see spike in car thefts during pandemic

Credit: Yvonne Matthews
Yvonne Matthews said she was delivering packages for Amazon in DC Friday night, when a group of people stole her car mid-delivery.

This comes amidst multiple other reported thefts of UPS and Amazon delivery trucks stolen and robbed.

Monday, Alan Henney, who constantly listens to D.C. scanners and tweets out crime, tweeted out two separate thefts from delivery companies within an hour of each other in the District. DC Police is still working on the reports for the two below incidents, but confirmed that an Amazon van and DHL truck were stolen within the same hour Monday evening.

Last week saw two UPS trucks robbed on back-to-back days: Tuesday and Wednesday, according to police. In both cases, the police reports list the suspects as brandishing guns and then stealing packages from the trucks. None of the drivers were injured in either incident.

For each of the two weeks prior, police report an Amazon van was stolen while a driver was making deliveries by suspects with guns. The reports list both of those vans as recovered.

Prince George's County Police is also investigating cases of delivery trucks being stolen. A spokesperson for the department said Monday, a UPS was stolen in the Suitland-Silver Hall area and on December 14, an Amazon driver was robbed in Camp Springs.

STOLEN DHL-TRUCK, taken from 14th St and Ridge Pl SE-DC in Anacostia has been located at 21st Pl and T St SE-DC in Fairlawn.

Matthews said her purse, wallet, ID, and debit card were all in the stolen car. She said she can't drive for Amazon without a scannable ID, so she's out of a job for the moment.

Even when she receives a replacement, though, she has no intention of continuing her job as a delivery driver after this incident.

"Angry, upset, regretful, you know, just a whole array of emotions…have been going on," she said.

Right now, her priority is finding the stolen car, which she and police are still searching for.

She describes it as a 2018 red Nissan Versa SV with a disabled veteran's Tennessee license plate with the number: 6438.

If you have any information, she said you should reach out to the third district police headquarters.

Matthews has since started a gofundme page to help pay the bills as police search for her car.