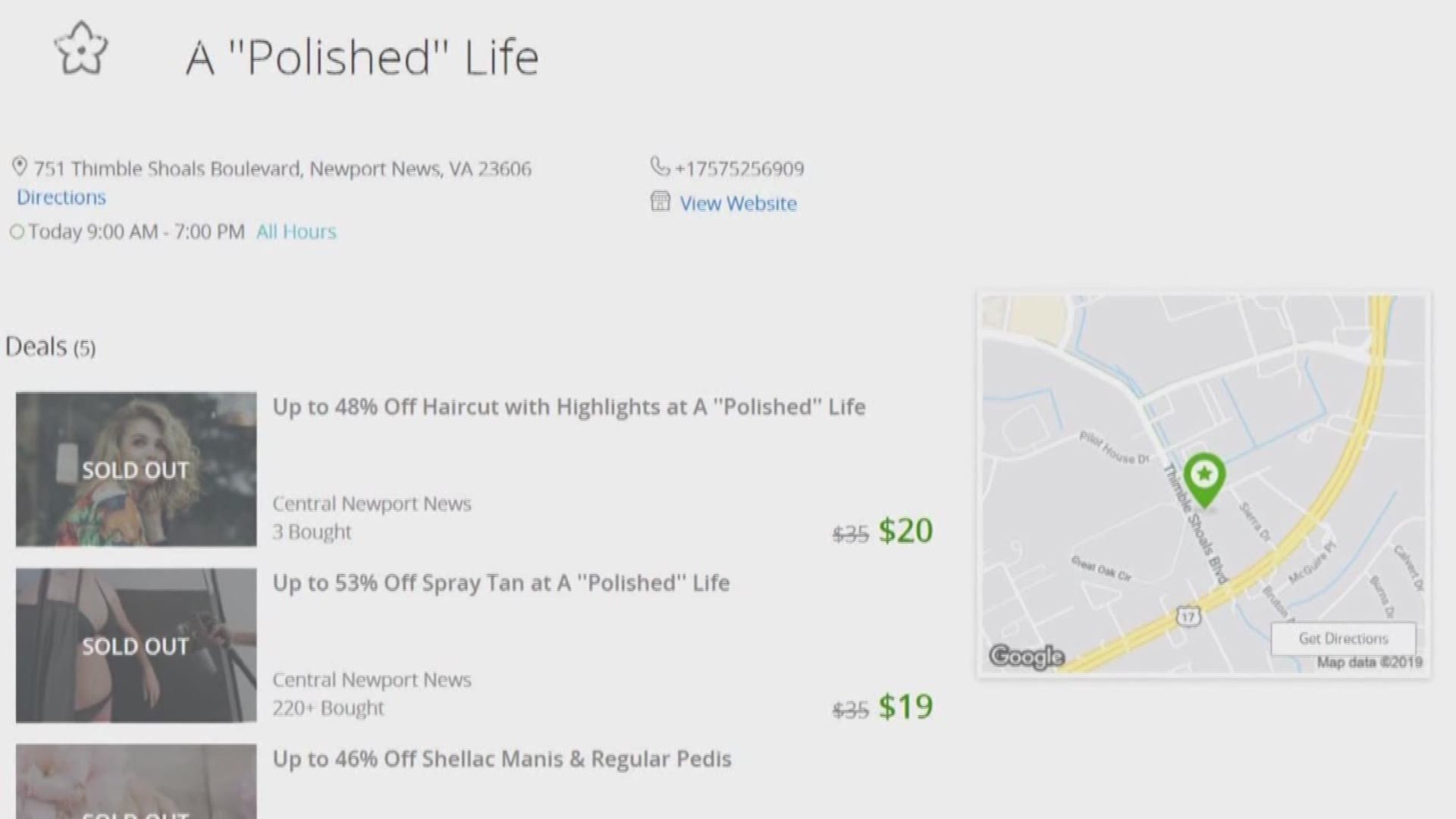 ISLE OF WIGHT COUNTY, Va. — Deputies with the Isle of Wight County Sheriff's Office are trying to find women who had photos or videos taken of them, unknown to them, while they were at spas in Newport News and the Isle of Wight.

Deputies executed a search warrant at a home in the 1000 block of Rivers Arch in Carrollton in relation to an ongoing child pornography case.

People who live in the Rivers Arch neighborhood were shocked to hear the news.

"I'm surprised because usually this is a very safe neighborhood, we've been here for a while, this is surprising to me that this is actually happening here," said Taneisha Lawrence.

"We talk about stranger danger, but again this is a neighbor, so we really have to have a sit-down and talk about safety," said Lawrence.

Detectives also found a number of photos of partially dressed and naked women who appeared to be at a spa, possibly receiving spray tans.

During this investigation, one victim who has been identified said she received a spray tan at a spa in Newport News after responding to a Groupon. She said she was not aware she was being photographed or filmed.

"That lady came to our office, she spoke with investigators, and she told us that she responded to a Groupon add for a spray tan that she took advantage of just prior of going on her vacation," said Lt. Tommy Porter. "She had no idea until she was confronted by our investigators that she was photographed without her knowledge much less that those photographs were sent to someone else and that we got them as a result of a child pornographers investigation."

If anyone received a promotional flyer or used a Groupon to receive a spray tan at a spa in the 1000 block of Rivers Arch in Carrollton, please contact police.

Anyone who received a spray tan or used a promotion through Groupon at either "Knot so Zen" on Pilot House Road in Newport News and "A Polished life" on Thimble Shoals should also contact investigators at 757-357-6126.

Deputies said they interviewed the owners of Knot so Zen and they feel confident they had no knowledge this was taking place at this business.

So far there have been no arrests in the case.