A member of the Virginia Beach-based “line” of the Bloods street gang was sentenced to 24 years in prison for his involvement in a string of grocery store robberies. 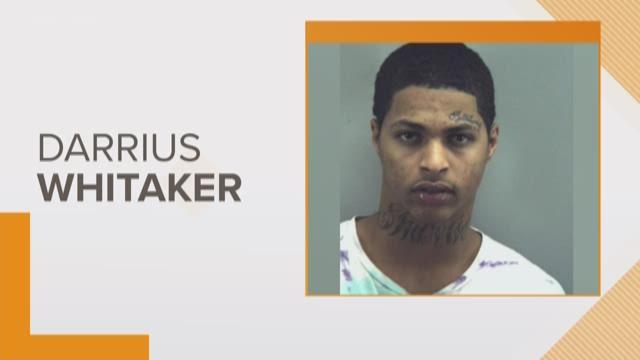 NORFOLK, Va. — A Virginia Beach man was sentenced on Thursday to 24 years in prison for his role in robbing grocery stores in Hampton Roads.

During the robberies, Heuser-Whitaker pushed a semi-automatic handgun into the backs of the store managers while demanding money from the stores’ safes.

Court documents said Heuser-Whitaker and his nine co-conspirators worked in at least six-man teams for each robbery, which included inside and outside look-outs, getaway drivers, and two gunmen. The robbery crew used police scanners to monitor law enforcement activity and earpieces to communicate with one another. The gunmen were in and out of the stores within minutes.

In the final attempted robbery at the Harris Teeter store, the other masked gunman, Devonta Doyle, shot the manager after he was unable to open the safe.

Heuser-Whitaker, Doyle, and others fled the scene and threw their shoes out of their getaway car in an area near Regent University. The FBI and Virginia Beach Police Department located the shoes and submitted them for DNA analysis, which tied one of the shoes to Heuser-Whitaker. Investigators were able to link most of the co-conspirators to a group of friends who attended Tallwood High School and lived in the College Park neighborhood of Virginia Beach.

Heuser-Whitaker was convicted on all counts after a jury trial in July 2019, and he is the next-to-last defendant to be sentenced in the case.

He and the co-conspirators who were sentenced earlier this year have received a combined 120 years in prison for their roles in the crimes.

1 / 8
Darrius A. Heuser-Whitaker, 19, was charged with 2 Counts of Robbery; 2 Counts of Using a Firearm During a Crime of Violence for his involvement of violent grocery store robberies in 2018.