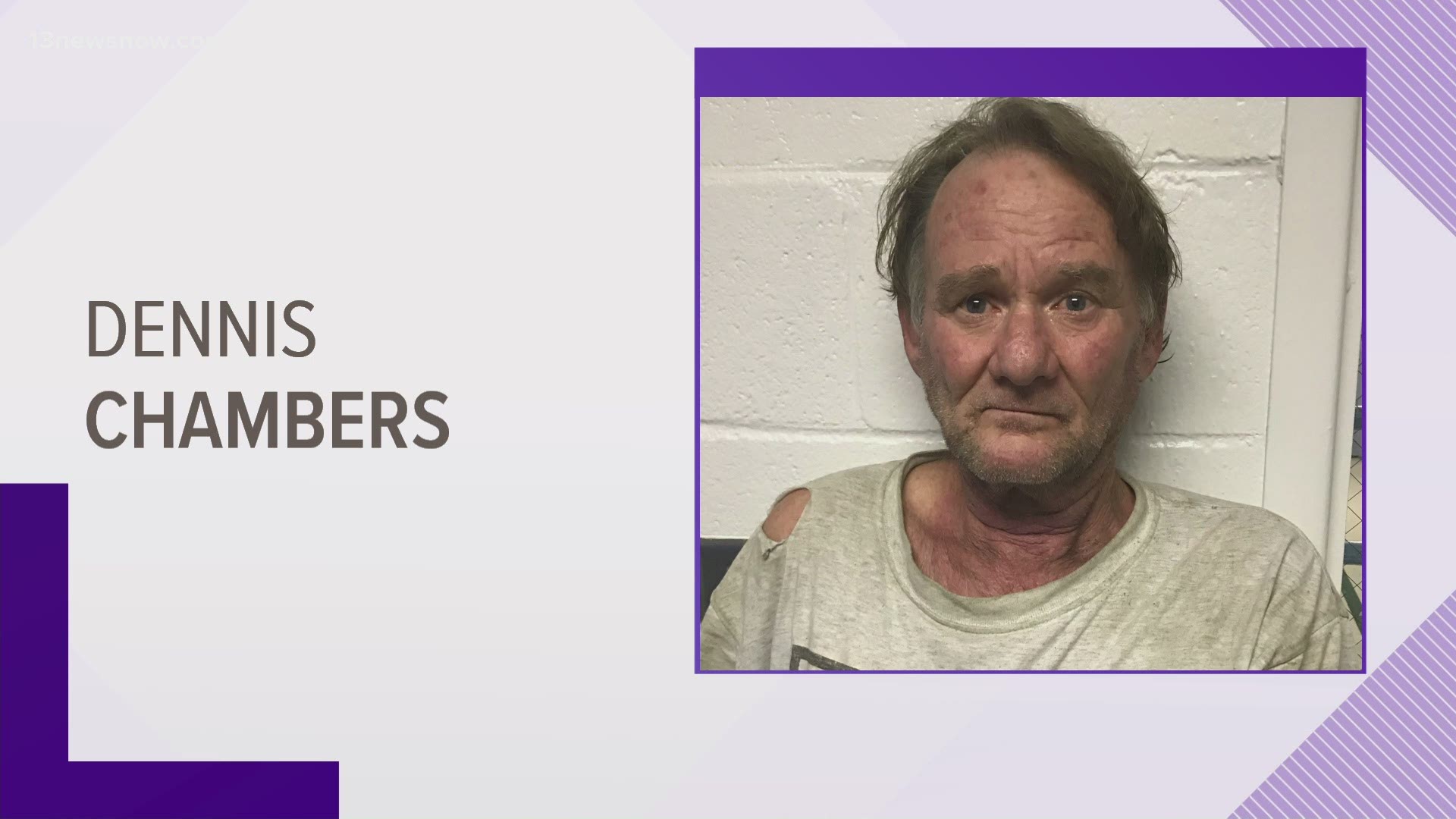 GLOUCESTER COUNTY, Va. — A man who reportedly confessed to deputies that he smothered his wife's child has officially pleaded guilty to the murder.

Dennis Chambers was charged after allegedly killing his wife's five-month-old baby as well as critically injuring his wife last summer.

It all started on July 7, 2020 when Gloucester County sheriff's deputies were called to Chambers' home on Aberdeen Creek Road to conduct a welfare check. This was after Chambers' brother told deputies that he hadn't heard from Chambers' wife and child for some time.

When authorities got to the home, they found the baby and Chambers' wife, Corena, in the bedroom. The child was dead on a bed and Corena was found severely injured on the bedroom floor.

In a criminal complaint, authorities detailed that Chambers' wife suffered "severe facial injuries, including fractures, severe blood loss, and further wounds resulting in her inability to speak or coherently communicate with officers. Quantities of dried and wet red fluid and wetness consistent with blood and urine were found on various items around where Mrs. Chambers was positioned on the floor and on the bed area."

Chambers was arrested on July 9, 2020 after being found in New Kent County.

The complaint also notes that investigators learned that Corena had been having several extramarital affairs and that, at some point, Chambers learned that the baby "was not his biological child."

Court documents go on to say that Chambers confessed to an investigator during an interview that he hit his wife in the head with a hammer and "used a cotton 'burping cloth'" to "smother" the baby. He reportedly held the cloth over the child's mouth until she stopped moving.

In Gloucester Circuit Court on Tuesday, Chambers pleaded guilty to:

He'll be sentenced in June.