According to police, two of the nine deaths were brothers who were shot and killed Saturday night in Southeast DC. 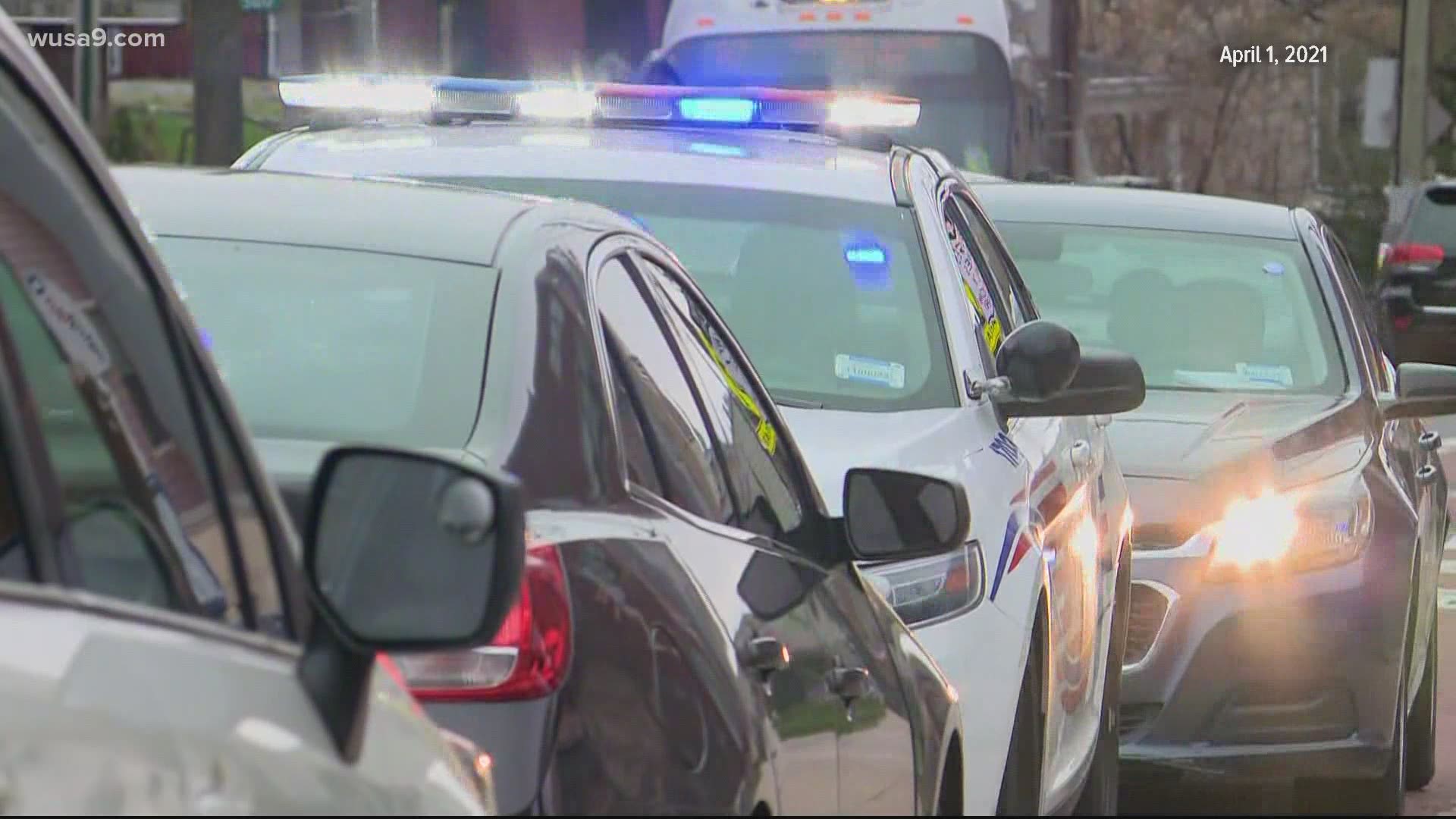 WASHINGTON — The Metropolitan Police Department (MPD) reported at least 17 people were shot in D.C. from March 27 to April 3. MPD reported nine of those victims died.

So far this year MPD data shows homicides are up 22% compared to 2020.

2020 was a historically violent year as MPD reported the highest number of homicides since 2004.

“I’m tired of it,” a man who lives in the community and wished to conceal his identity. “I know everyone in this neighborhood is tired of it. I’m speechless right now. It’s sad.”

Several of the shootings last week happened in broad daylight.

Two daylight shootings were both triple shootings and both on Martin Luther King Jr. Avenue in Southeast D.C.

The next morning a triple shooting happened not far away that police said left three men in the hospital.

MPD Chief Robert Contee was on the scene and said the violence cannot be tolerated.

“It's very disturbing.“I mean I've been around here for 30 years. Unfortunately, I think sometimes we have a tendency to normal not normalize things that are not normal. This is not normal and we should not normalize this,” Contee said. "Certainly when we have people who are shooting firearms indiscriminately in our community that hurts our residents we should all be very concerned about that and really working toward a resolution.”