Newport News police said they tried to pull over the suspect who was driving a stolen van. After a short chase, he crashed into another vehicle. 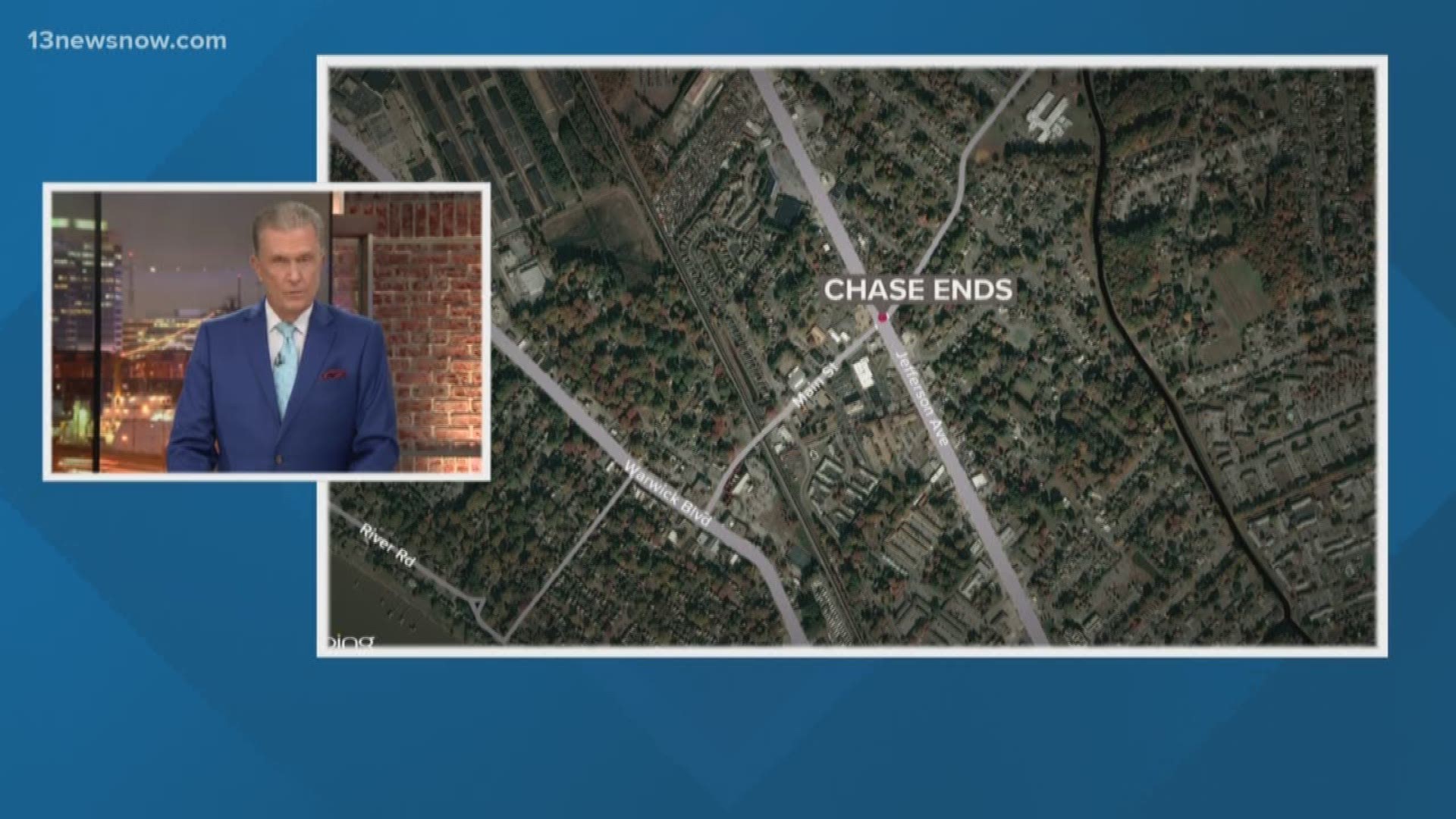 The Hampton Police Division called the Newport News Police Department around 7:10 Friday night regarding a homicide suspect who was in Newport News in a stolen mini van.

After a short chase, the Wilson crashed into another vehicle at Main Street and Jefferson Avenue.

He tried to get away on foot, but was arrested and taken into custody.

The victim in the other car was taken to a local hospital with non-life threatening injuries.

Wilson was wanted in connection with a shooting death on Spruce Street on August 31.

Jamar Brown was arrested on September 13 for the deadly shooting after leading police on a chase through Hampton and Newport News.

In addition to the charges Wilson faces out of Hampton, additional charges are pending out of Newport News.