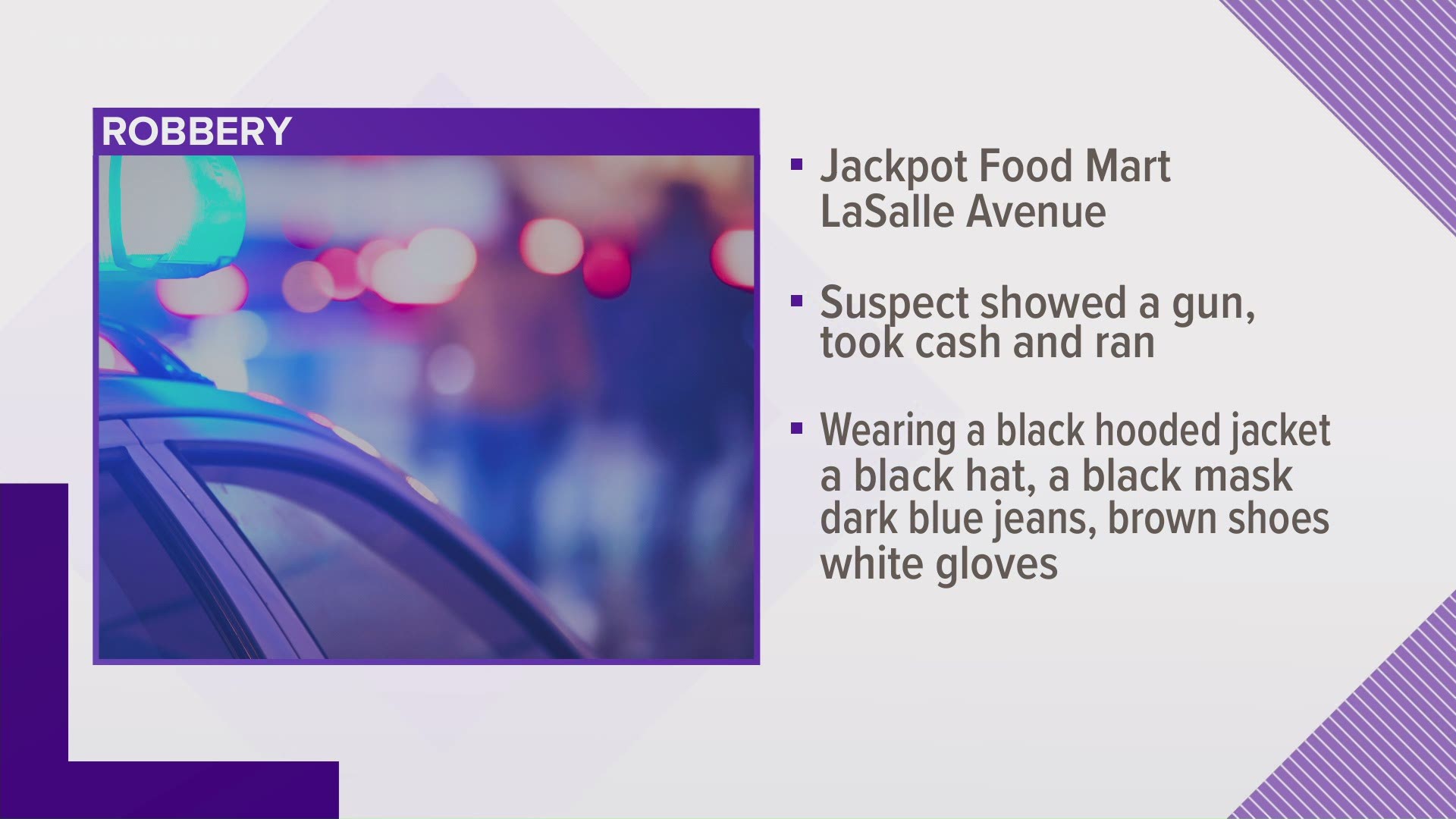 HAMPTON, Va. — Around 7:20 p.m. on November 25, Hampton Police were called to LaSalle avenue to help investigate a business robbery.

Investigators said a man came into the Jackpot Food Mart, showed a gun and demanded cash. Once the suspect had gotten it, he left the scene on foot.

Police did not say how much money was taken.

There aren't any photos of the suspect, but he was described to be a Black man in his mid-20s to mid-30s. Investigators said he was about 6 feet 2 inches tall, and had a medium build.