All Hampton Roads NAACP presidents will give their recommendations to Hampton Roads police chiefs and city managers on how to decrease gun violence. 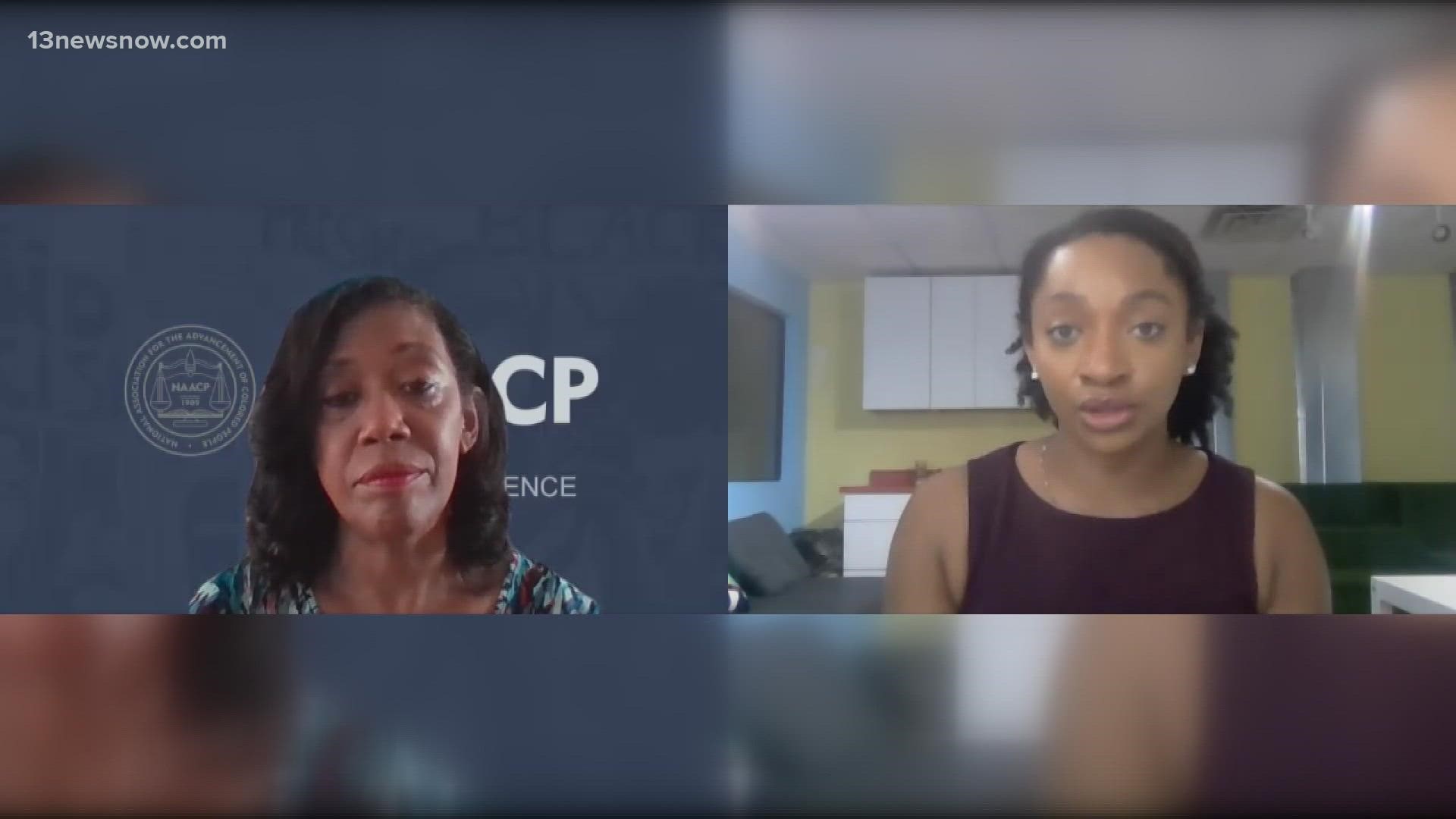 NORFOLK, Va. — Community leaders say they're tired of the violence across Hampton Roads.

Back-to-back shootings across Hampton Roads has NAACP leaders sounding off.

"All of our branch presidents had concerns about what was happening in their cities," said Virginia NAACP Regional Vice President Gaylene Kanoyton.

"We don't want our community to become immune to this gun violence and then that becomes a norm," she said.

She and many other NAACP presidents are having a candid talk with city officials tonight in a virtual meeting. It's an effort to stop the rise in gun violence.

"Each president has a recommendation that they will discuss," Kanoyton said. "I can tell you from my end of it, I'm hoping these organizations, these grassroots organizations that are doing the work can get a grant and have some kind of funding."

Kanoyton hopes cities will use funds from the American Rescue Plan to support nonprofits and community-facing organizations.

Most importantly, she hopes they all can walk away with a new plan of action.