Police found the victim lying on the street. There was a barricade at a nearby house with the SWAT team, before officers realized the home was empty. 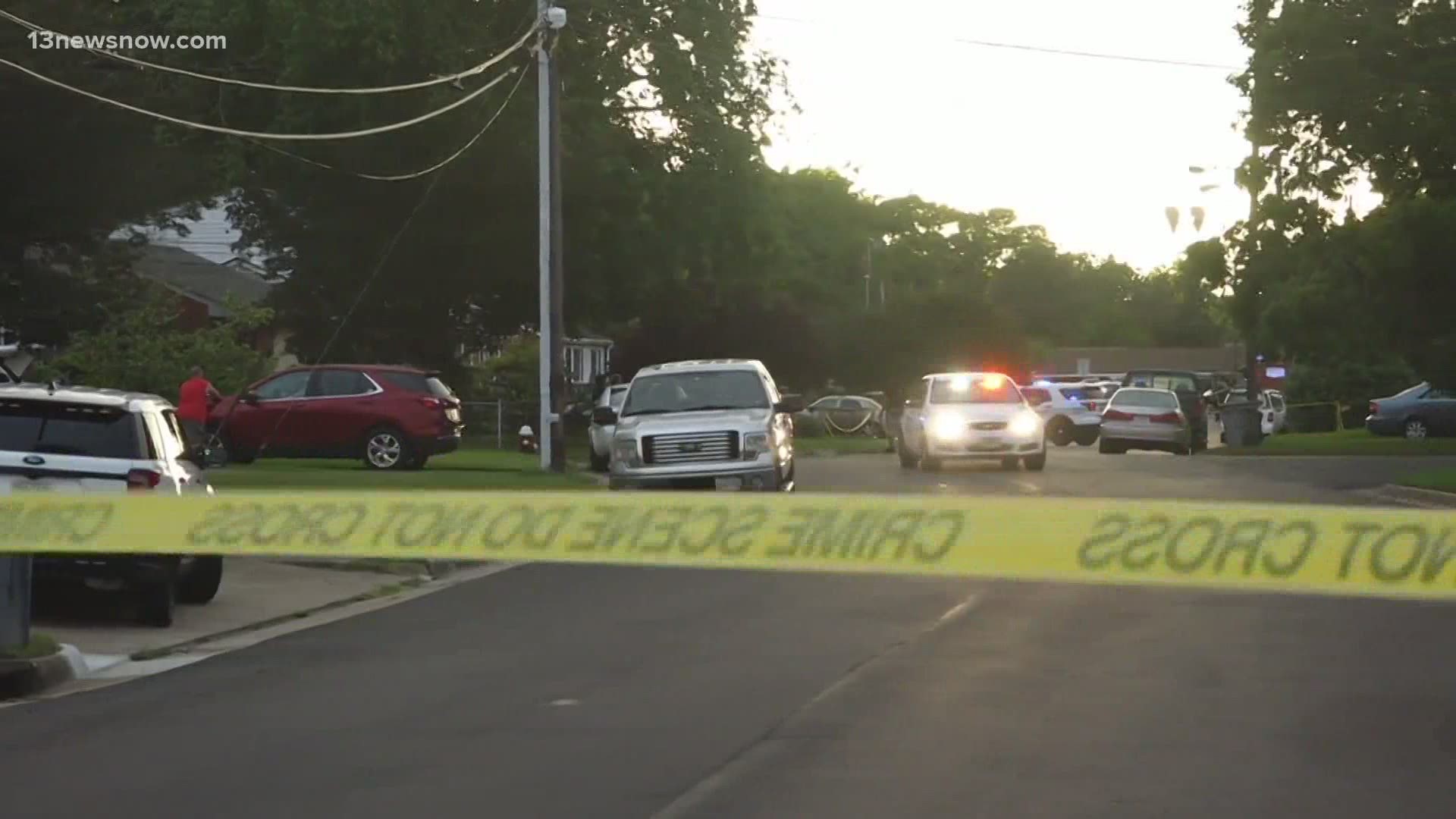 HAMPTON, Va. — Hampton Police are searching for a 16-year-old boy who is facing murder charges.

The shooting turned into a barricade situation with SWAT officers surrounding a home before realizing it was empty.

A neighbor, Betty Barefoot, said she witnessed the aftermath. She has lived in the neighborhood for 33 years. She was at home just before 6 p.m. when she heard a gunshot and called 911.

“I opened my front door, looked down, saw the girls arguing and then I heard a gunshot. A few minutes later I called 911 and the cops immediately showed up," Barefoot said.

Police say they found the victim lying on the street. Medics took her to the hospital where she died.

According to police, officers heard someone with a gun ran into a nearby home so SWAT teams surrounded it, before eventually realizing the home was empty.

Barefoot said she and other neighbors witnessed officers firing tear gas canisters into the house.

“To hear them say, ‘This is the Hampton Police Division, come out with your hands up!’ That I’ve never heard so that was a little frightening,” she said. “To find out that the shooter was a 16-year-old boy… That was surprising.”

Neighbors say there has been crime in the area, so they’re not shocked by the violence, but the age of the victim and the suspect is unexpected.

Another man, Glenn West works in the area.

“Here you are, you’ve got two people... young. One lost their life, the other is running for their life, trying to escape the police," West said. “Sixteen years old and now they’ll end up going to prison or something and the rest of their life is ruined."