Norfolk and Portsmouth Police chiefs weighed in on what their communities need to stop violent crime. 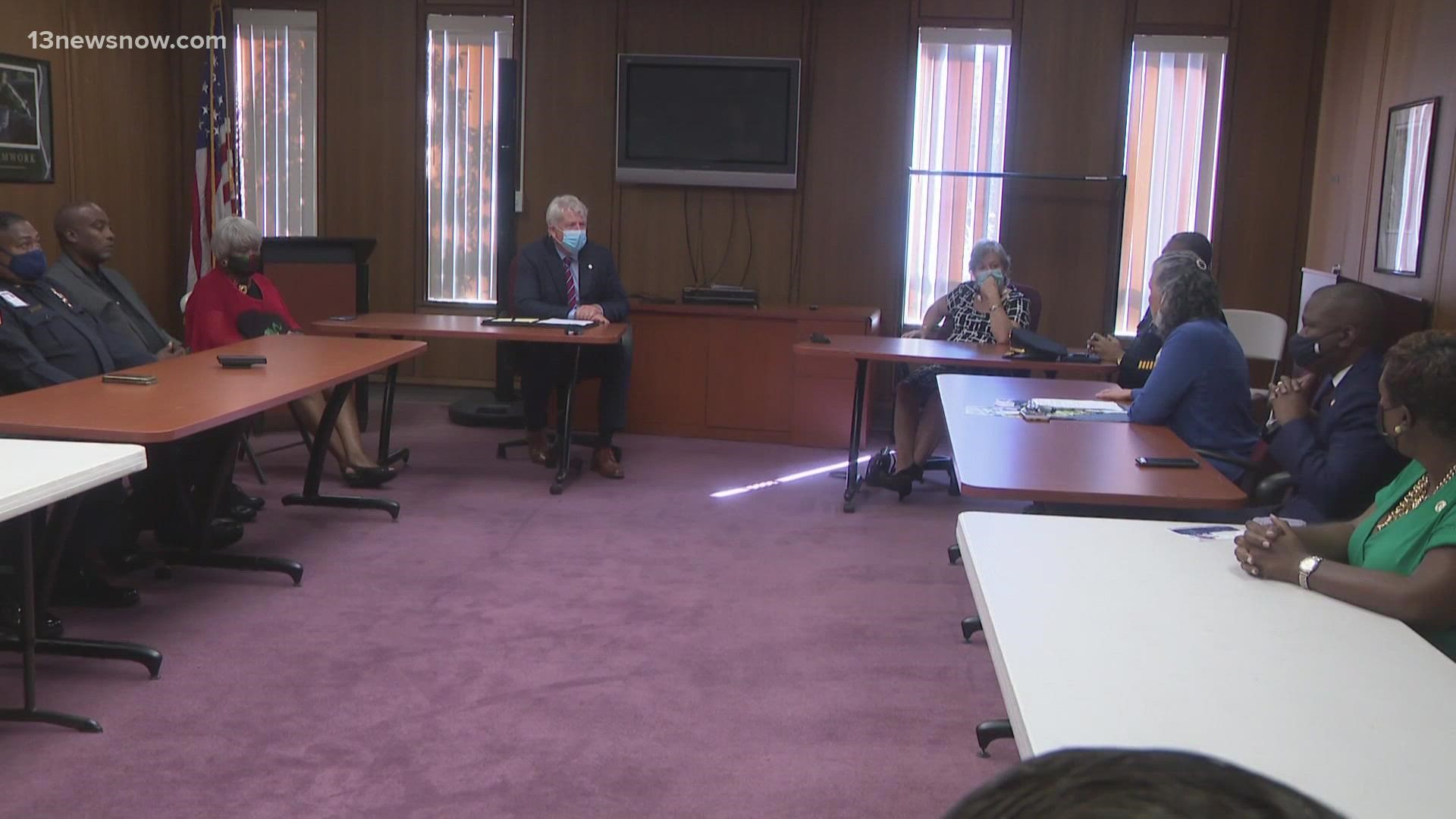 Norfolk and Portsmouth police chiefs got to weigh in on what their communities need to stop violent crime. Community leaders identified root issues that lead to violent crime in Hampton Roads.

“Gun violence is a symptom of a bigger problem and until we begin to address those underlying problems, I think we’re nibbling around the edges,” said Susan Fincke, the executive director of Friends of the Portsmouth Juvenile Court.

Gang activity, easy access to guns, straw purchasing, and poverty are what leaders say is driving it.

“To have an immediate impact is to focus on the flow of illegal guns,” Norfolk Police Chief Larry Boone said.

Boone said the police department started tracking the flow of guns about five years ago. He’s noticed guns are getting into the hands of young people too often.

“I’m going to keep saying it," Renado said. "It’s not just a police issue. We can arrest all day but we’re not going to arrest all day into the situation of where we find ourselves today.”

Herring proposed $2.5 million from the American Rescue Plan go towards these programs. They will focus on youth engagement, conflict resolution and mediation, neighborhood partnerships and collaborations with religious organizations and other stakeholders.

“One act of gun violence is too many," Herring said. "So we’re going to do everything we can to combat it. We know that these program, these community-based efforts, taking a public health approach, taking comprehensive community effort work.”

He hopes this will lead to stopping crime across the seven cities.