As the girl was getting off the school bus and started to cross the street, a small Toyota was seen blowing past, ignoring the bus’s extended stop sign. 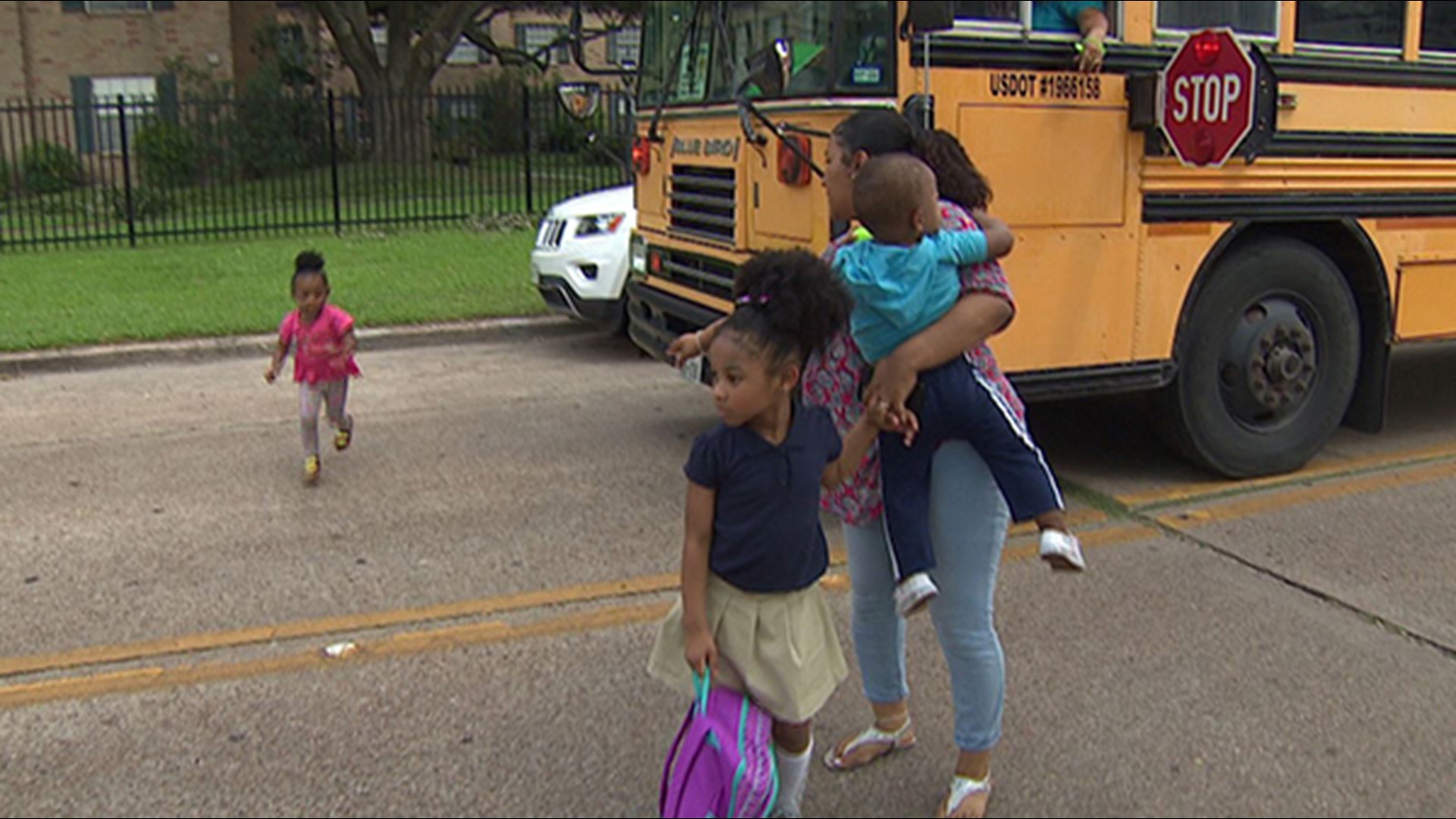 HOUSTON — Houston police said they have arrested a teenager who was caught on camera nearly hitting a 5-year-old after speeding past a school bus in August.

Eighteen-year-old Julio Coreas has been charged with reckless driving and could face up to six months in prison, said the Harris County District Attorney's Office.

Prosecutors say they're making an example of this teen driver for a reason.

"Because of this message, the next 17 or 18-year-old that gets out there and sees that stop sign. Maybe he thinks twice. Maybe does stop," said Sean Teare with the Harris County District Attorney's Office.

Police Chief Art Acevedo said Wednesday he saw KHOU's story about the driver on Twitter. He made sure it was a priority to find the person behind the wheel.

On August 28, Kirk-Taylor was waiting for her daughter Melina to get home from her first day of kindergarten. Kirk-Taylor wanted to record the special moment, so she pulled out her camera when Melina’s school bus pulled up.

As Melina got off the bus and started to cross the street, a small blue Toyota sedan was seen blowing past, ignoring the bus’s extended stop sign and flashing lights.

Kirk-Taylor could be heard on camera screaming, “No! Wait, wait wait! Stop!”

If Melina would have walked just a few more steps, she could’ve been hit.

"He didn’t slow down, whatsoever," said Kirk-Taylor. "After this incident, didn’t stop to ask if my daughter was okay or anything. And that’s what hurt me the most because it could have ended very differently and you had no concern for my child.”

Credit: HPD
Julio Coreas, 18, has been charged with reckless driving.

Luckily, the video captured the drive’s license on the blue sedan.

According to Texas law, drivers have to stop when a school bus extends its stop sign or when it turns on its flashing red lights.

In Texas, breaking these laws will land you a fine up to $1,250. Unlike other traffic tickets, it can't be taken away with defensive driving classes.