Skull in the woods: Authorities now know the dead man's name, but how he got there remains a mystery

Junior McCann's skull was found years after he disappeared in 2012. What happened to him remains a mystery. 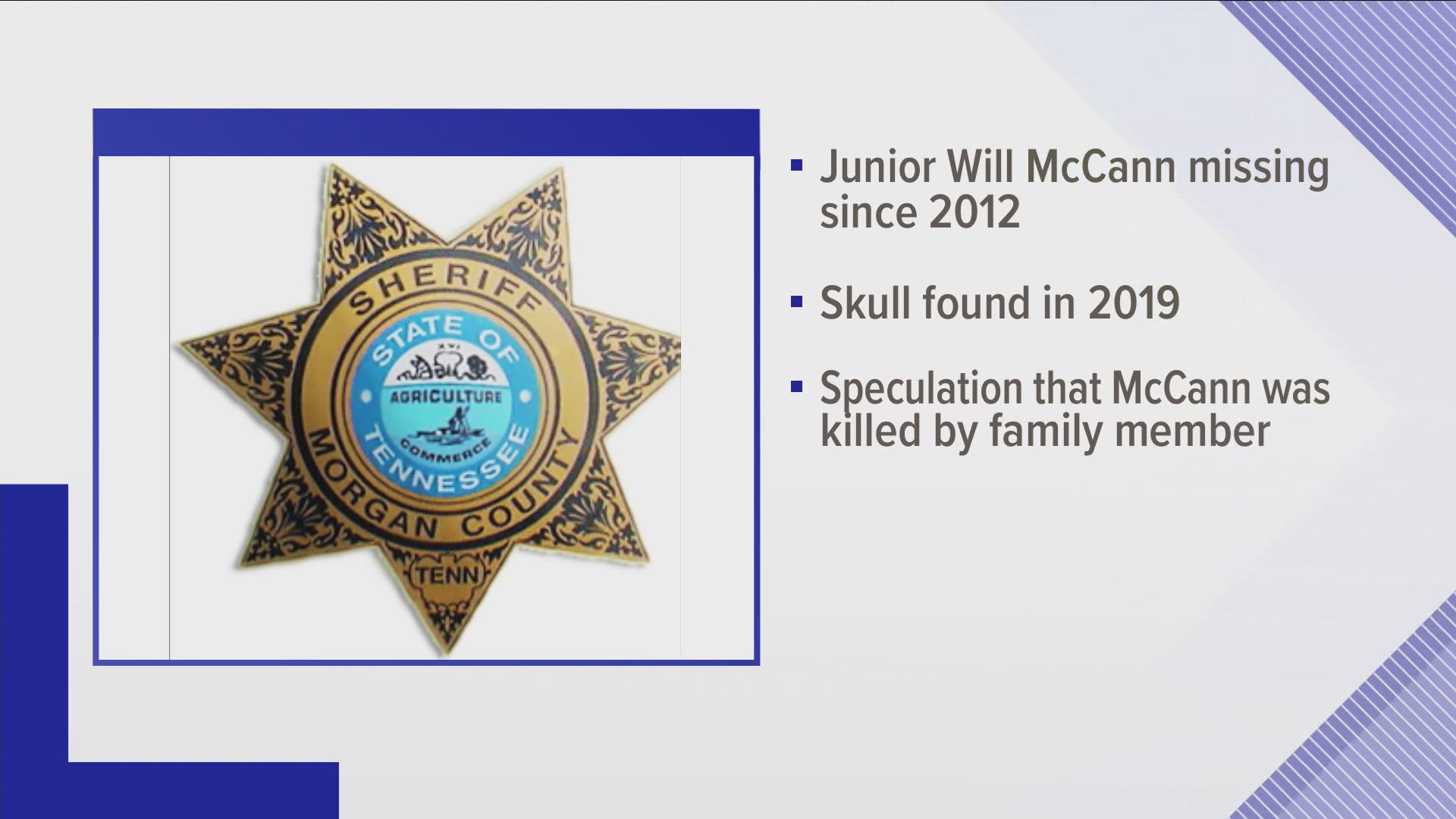 A skull that sat on someone's fireplace mantel more than a year has now been identified as that of a Morgan County man missing since 2012.

Ninth Judicial District Attorney General Russell Johnson said, and records confirm, the skull is that of Junior Willie McCann, 79, missing from his home in the Gobey area of Morgan County since September 2012.

It was spotted, sporting sunglasses, in March 2019 sitting on the Anderson Road home's mantel, where a tenant said he kept it after finding it in woods out back, according to Johnson and records.

Confirmation of McCann's identity was made Oct. 19, according to authorities.

The Morgan County Sheriff's Office is asking the public for help in learning more about happened to the 79-year-old McCann, missing all those years

Clarence McCann told a deputy McCann had last been seen wearing dark blue pants and a blue, uniform type shirt with the name patch of "JR" on the right chest. It was the same kind of uniform that McCann wore while working on an area farm.

"Victim's brother stated that he doesn't know of any medical problems but the victim does take an aspirin on a daily basis and (may be) hypoglycemic," the report states.

The deputy also noted that Clarence McCann said more than once that if he'd had any idea "something bad" was going to happen to his brother that he'd have gone walking with him.

SKULL IN THE WOODS

No sign -- apparently -- of McCann turned up for the next seven years. The house on Anderson Road gained a new resident named Brian Kennedy.

According to March 2019 Sheriff's Office report, Alfonzo Sexton, the son of the homeowner, one day spotted the skull while inside the house. He asked Kennedy about it, according to a report.

Kennedy said he'd been out walking in the woods with his dog when the dog spotted the skull behind the house, the report states.

It sat in the house for months, until Sexton saw it and asked about it, authorities said.

The Sheriff's Office, Wartburg police and personnel from the Tennessee Department of Correction searched further behind the house but found no other remains.

WHO WAS THAT MAN?

The skull was turned over to forensics experts in Knoxville including the Regional Forensic Center, which routinely conducts autopsies, and the University of Tennessee Anthropology Department.

A DNA sample was submitted to the University of North Texas Center for Human Identification in Fort Worth. The sample was compared with genetic material from McCann family members. It confirmed this year the skull belonged to the missing man.

There's unverified speculation that McCann could have been killed by a family member who has now died, according to Johnson.

Morgan County Sheriff Wayne Potter is asking that anyone who may have more information about the case contact the Sheriff's Office at 423-346-6262.

Johnson told 10News human remains are often found in that part of Morgan County but they usually are very old and are those of Native Americans. People often hunt in the woods for items such as arrowheads and axe heads.