CMPD Chief Kerr Putney confirmed the employee was killed by a masked suspect who tried to rob the restaurant. The suspect was shot by police. 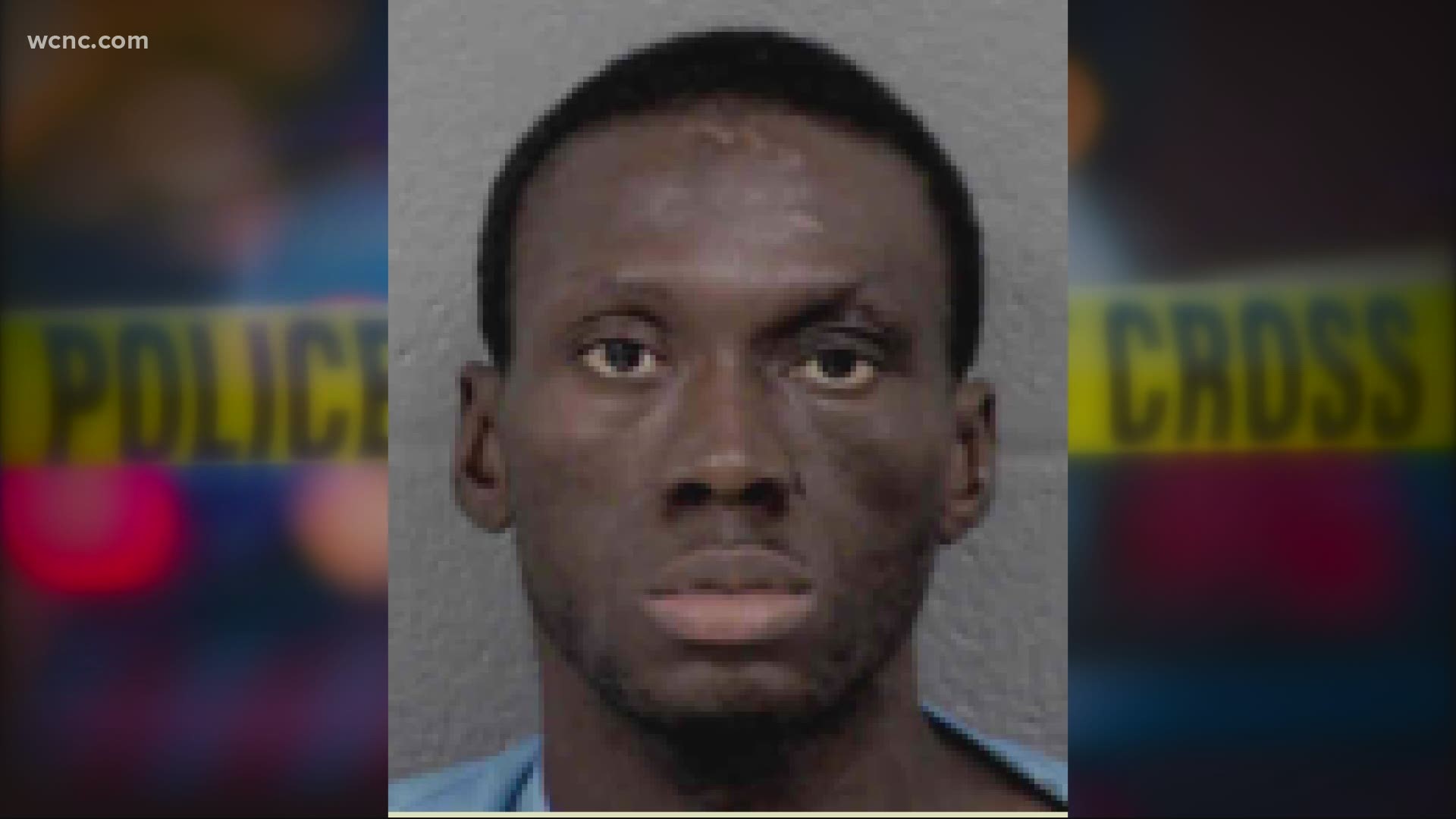 CHARLOTTE, N.C. — The man who shot and killed a cook at a Charlotte Steak 'n Shake will spend at least 30 years in prison.

Doh shot and killed Darnell Harris during a hold up at the Steak 'n Shake on South Boulevard back in 2019.

The shooting happened during lunchtime with multiple customers inside the restaurant, Putney said. There is a movie theatre nearby as well as several retail shops like Target, Nordstrom Rack and Sears Outlet.

"It was an armed robbery, there was a person with a gun, we received multiple calls," Putney said. "There were quite a few witnesses, the actual number I don't know, but I'd say it exceeded five."

Putney said the employee was shot and killed inside the store.

Family of the victim said he died defending his coworkers, and identified him as Darnell Harris. In a statement, the family said they weren't shocked to hear he defended others in that situation, "because that's just who he was. He was a great man and a protector and we will miss him."

A second individual, 53-year-old Robert Carpenter, was also hurt inside the store, and has life-threatening injuries, CMPD reports. Detectives were working to determine the source of the gunfire that hurt the second victim.

Putney said the suspect was shot by a Pineville Police officer and taken to the hospital with life-threatening injuries. The employee was pronounced dead at the scene.

Putney said no officers were hurt and detectives were not looking for any more suspects.

Police say the gunman is 30-year-old Eddie Doh, who has a lengthy criminal history. Doh remains in the hospital for treatment. According to police upon his release, he will be served with warrants for murder, attempted murder, assault with a deadly weapon with intent to kill, robbery with a dangerous weapon, attempted robbery with a dangerous weapon, possession of a firearm by a felon, and possession of a stolen firearm.

Evidence gathered during the investigation revealed that the suspect was responsible for shooting both victims.

"The people involved are the people we're aware of now," Putney said.

CMPD said at least one Pineville officer perceived an imminent, lethal threat. The District Attorney responded to the scene.

CMPD said at this point in time, they can't confirm if this case has any connection to the recent incident at a Charlotte Wendy's. Officials are actively investigating both cases. 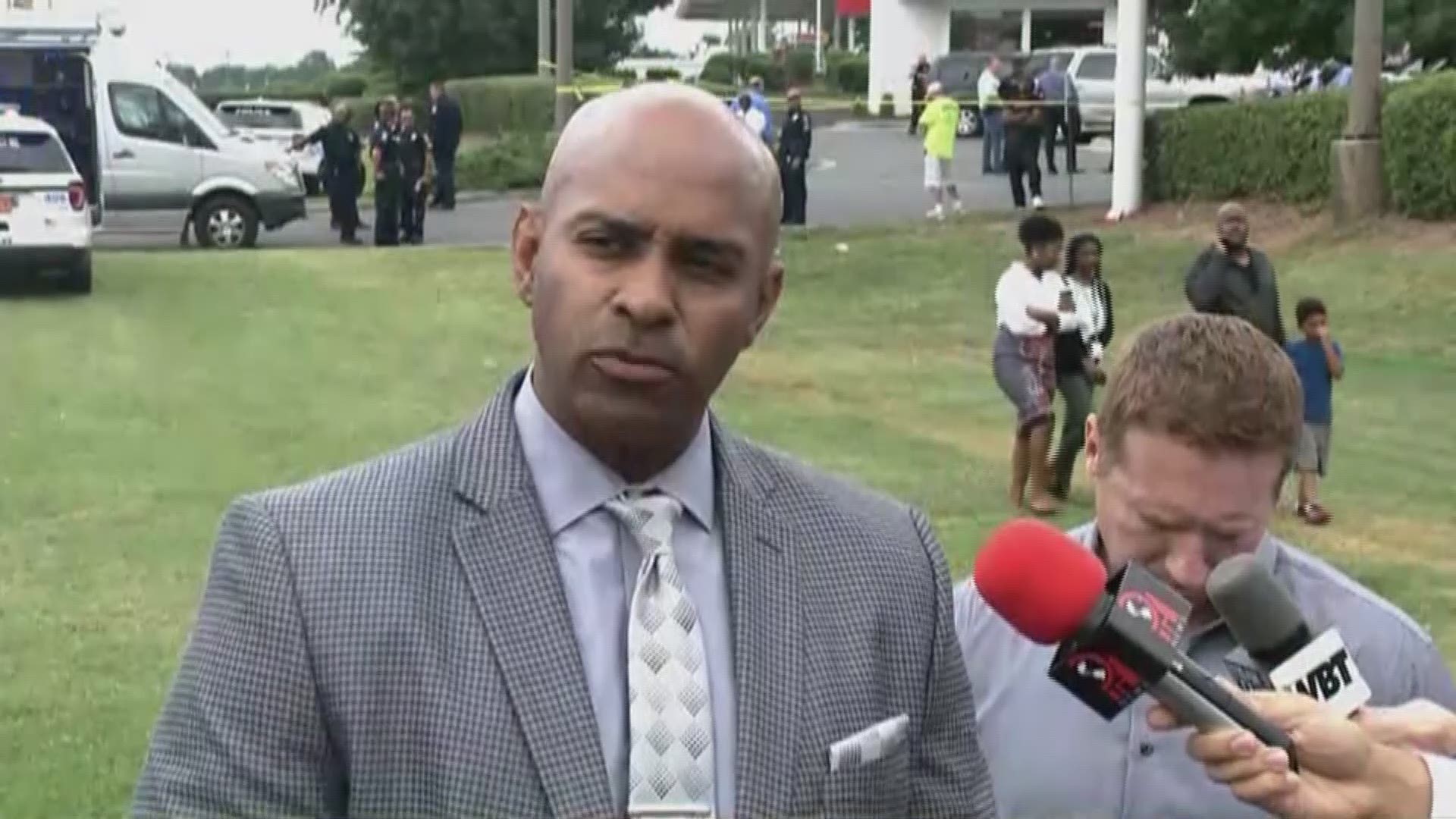 Megan Walker said she saw the gunman walk into the restaurant, so she ran inside to grab her husband.

"All you could hear is stuff breaking, and then a gunshot," she said. "Then 30 seconds went by and then a whole bunch of gunshots, and then you run outside and gunshots everywhere."

As she and her husband ran to their car, she said she threw her body on top of her eight-month-old.

"She was actually asleep," Walker said. "She woke up to us screaming and gunshots. She woke up screaming, literally."

Kenny Jones told NBC Charlotte he was inside the restaurant when the gunman walked into the building.

"[He] headed straight to the kitchen; started firing," Jones said. "I got up, ran to the bathroom, multiple gunshots, [then I] come out, body laying down, guy's dead"

Tuesday's shooting marks the 61st homicide in Charlotte this year, which is three more homicides than all of 2018.

Gwynn Golden said she worked with the employee who died for nearly a decade.

"It is a travesty," she said. "I know that he was protecting a lot of the associates and that he was a really good guy. We lost someone that was great to our community."

This is a developing story. Please stick with WCNC.com as more information becomes available. For the latest breaking news alerts, download the NBC Charlotte app.