Imarie Waller, 25, was arrested after a fellow officer reported seeing inappropriate Snapchat messages between Officer Waller and an 18-year-old parolee. 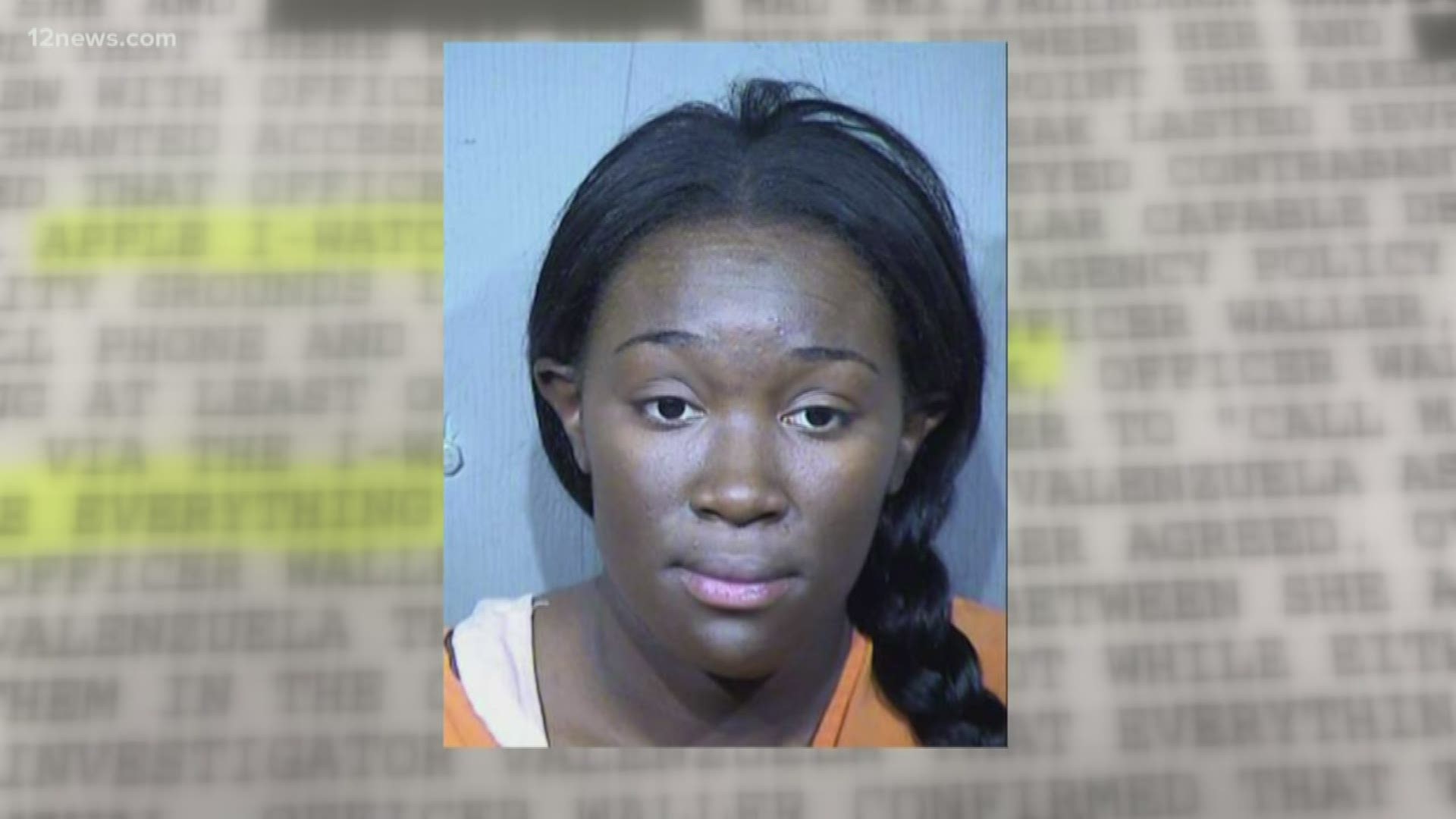 PHOENIX — Editor's Note: This story was been updated with Officer Waller's current employment status with the Arizona Department of Juvenile Corrections. She was terminated.

An Arizona Department of Juvenile Corrections officer is accused of having sex with an offender on parole, according to court documents.

Imarie Waller, 25, was arrested after a fellow officer reported seeing inappropriate Snapchat messages between Officer Waller and an 18-year-old parolee.

The officer described the messages as "sexually inappropriate" and indicated "the two were in a relationship," according to court documents.

The alleged victim was reportedly interviewed at his group home in Phoenix. He told investigators he had sexual intercourse with Waller at his residence.

"Officer Waller repeatedly claimed that she 'f----- up' when asked specifically where, when and how many times she and [alleged victim] had sex," the probable cause document said.

During the interview, court documents allege, she went to the bathroom and texted her roommate on her Apple Watch and told her to "call Mike" and tell him to "deny" and "delete everything."

RELATED: 'Parkour with a motive': Police say Peeping Tom jumped over fences to look at teen girls he met on Snapchat

Investigators say Officer Waller said everything that happened between her and the parolee was consensual and it happened away from the Adobe facility.

Charging documents allege the sexual misconduct happened sometime between November 19, 2019 and January 9, 2020. The alleged victim was released from Adobe's secure care facility to parole supervision in November of 2019, according to investigators.

RELATED: Former Yuma police officer accused of sexual conduct with a minor while assisting as a school resource officer

Officer Waller faces felony unlawful sexual conduct with a person in custody. The alleged victim is on release status under the supervision of Arizona Department of Juvenile Corrections.

The Maricopa County Attorney's Office said it is reviewing the case and could decide to add more charges or forward the case to a grand jury to determine which charges Waller should be prosecuted for.

A spokesperson with the Arizona Department of Juvenile Corrections says Officer Waller was terminated immediately after the investigation was concluded.