Virginia Beach police say they are searching for three suspected robbers. A customer survived the ordeal but was pistol-whipped. 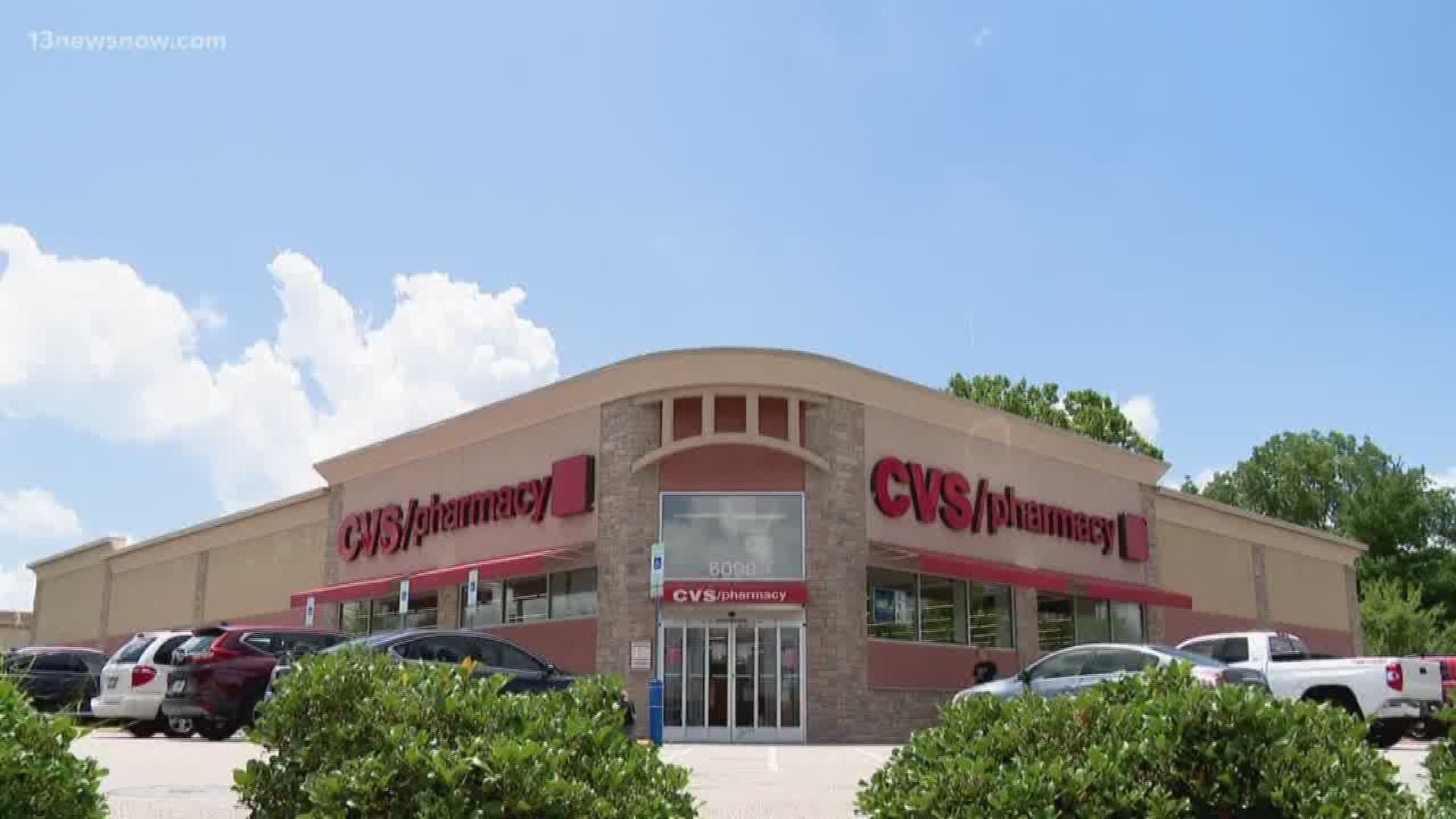 According to police, there were three employees and one customer in the store when the robbery took place. The customer was Nicholas Bradley, who said that Monday night was terrifying.

"Another employee was in there, and I was asking her if she could help me find what I was looking for. She says yes, and then she looked up and there was a guy with a red bandana over his face, in a jacket, running at us with a gun pointed at us,” said Bradley.

Bradley said he offered the gunman money in hopes he would let them live.

"I took my wallet out and I said, 'Please don't kill me,' and I handed it to him,” said Bradley.

He said that the gunman then pistol-whipped him and kept the gun to the back of Bradley's head, forcing him and the employee to the back of the store.

The three armed suspects tied employees up, but forced one of the CVS workers to open the store safe. Virginia Beach police said the three robbers then stole an undisclosed amount of money from the safe.

"As I laid there, curled up, looking down, I feel blood pouring down my face and he's telling the woman that I was talking to, to empty the safe out,” Bradley recalled. But even after the robbers ran out of the room, Bradley said he was still terrified.

"I turned around and looked at the woman, asked if she was okay, and then I looked at the cameras. All I could think about was my family is in the car out front, waiting for me.”

Bradley sprinted outside and found his family safe. He said that the robbery has been in his mind every single day since.

"I'm relieved and happy to be alive, but this changed my life completely,” he said.

Cassie Denobrega was walking nearby when she saw all the mayhem outside the CVS in the aftermath of the robbery.

“Three cop cars were out there, and three guys [police officers] jumped out and they had their guns drawn. I saw the chopper flying around so I knew they were probably still in the area.”

Denobrega said that if anyone has information, they should come forward.

“Just imagine if that was your family or your place of business, you definitely need to report anything,” said Denobrega.

No suspect information is available at this time. If you know anything about this robbery, police ask that you call the Crime Line at 1-888-LOCK-U-UP.