Man broadcasts his own police chase, arrest on social media

Deputies say 22-year old Clayton Scherber starred in his own true-crime drama, howling as he was being chased. 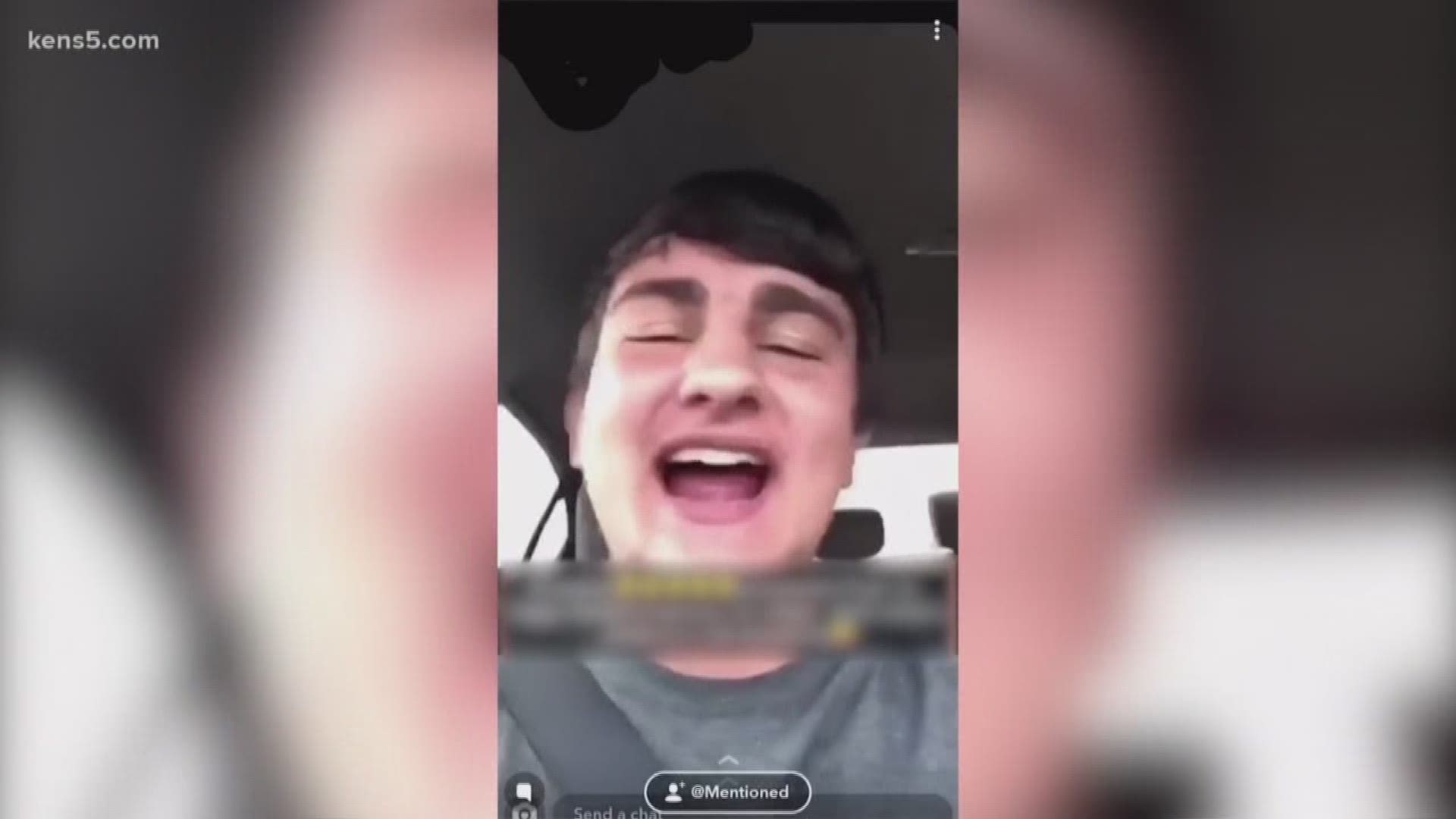 SAN ANTONIO — Police have used dashcam video for years to capture crimes on camera, but you don't often see fleeing suspects broadcast their actions on the internet.

Until Friday, that is.

The 40-second video clip posted to Snapchat Friday features profane language and graphics, but it offers a clear snapshot in time of a Friday afternoon pursuit by Bexar County deputies in the area near Bulverde and Smithson Valley roads.

The video is also being shared through the crime-fighting Nextdoor app in northside neighborhoods.

Deputies say 22-year old Clayton Scherber starred in his own true-crime drama, howling as he was being chased.

The incident started, according to a Bexar County spokesman, when deputies responded to a disturbance.
Deputies say as they arrived, Scherber jumped in his car and took off.

As the clip begins, a defiant driver can be heard screaming “We got a cop right behind us, following us and we ain’t pulling over!”

The snippet alternates between views of the driver and scenes of Bexar County deputies giving chase.

To a soundtrack of thumping bass music, the driver can be heard screaming “We going wild baby!”

Shortly before deputies surround the vehicle with guns drawn, the driver defiantly says “We are not stopping today, baby, no way!”

However, deputies managed to bring the car to a stop and contain the man.

At that point, the video clip ends.

Investigators say when Scherber finally stopped, he held a knife to his own neck and refused to surrender for a time until deputies had a chance to talk him into giving up.

Scherber was charged with evading arrest or detention with a vehicle, a third-degree felony. He has since been released on bond.