The charges that John Kelley faces stem from multiple calls made to police between November 2018 and January 2019. 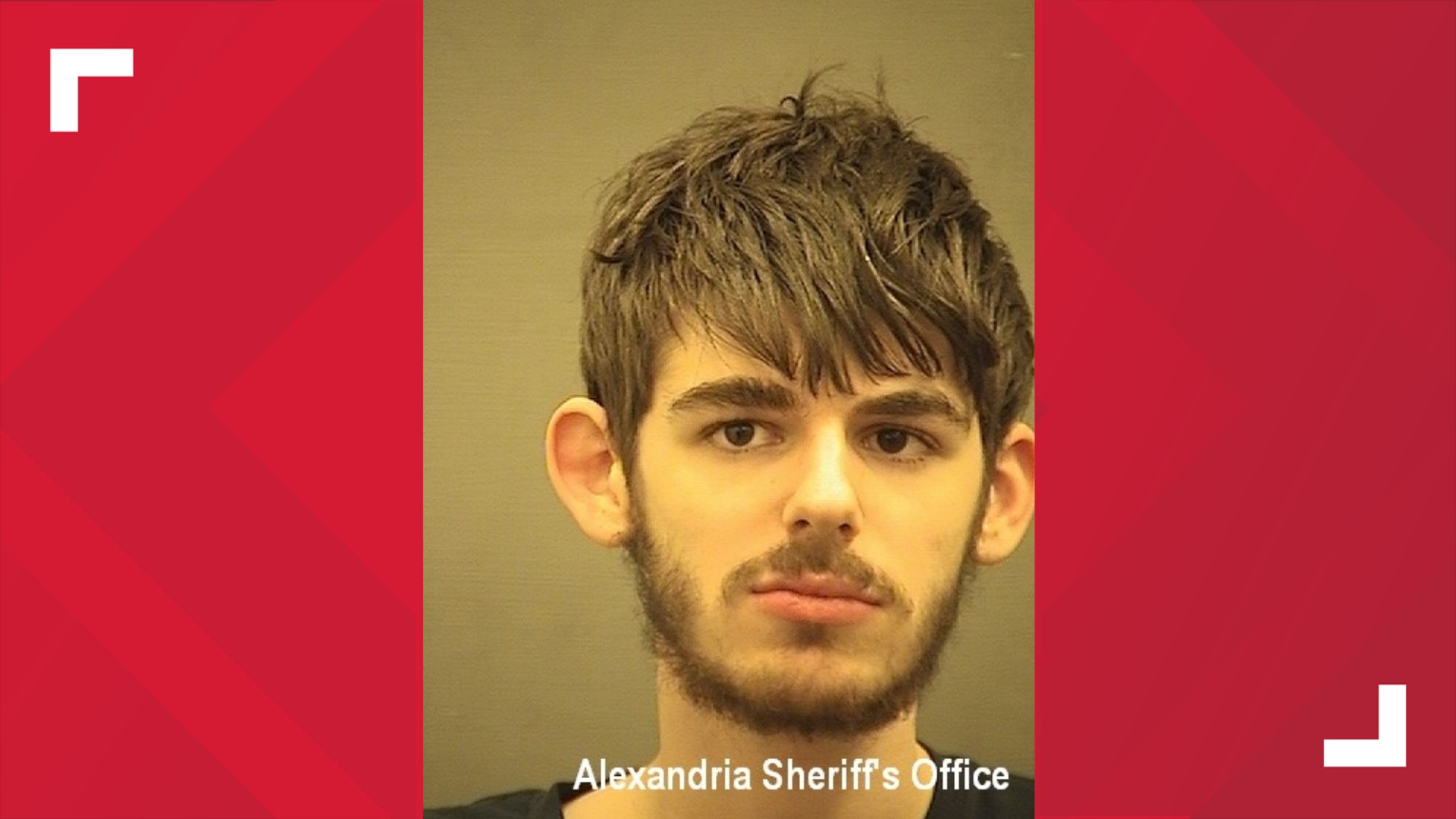 ALEXANDRIA, Va. — A man who has attended Old Dominion University in Norfolk was charged with conspiracy to commit an offense against the United States for a fake phone threat he made against an African American church in Alexandria, plus other calls that created panic for police.

John Kirby Kelley was charged on January 8, 2019, by federal authorities in the Eastern District of Virginia.

Federal authorities said Kelley called the Alexandria Police Department on November 3, 2018, and  threatened to blow up Alfred Street Baptist Church. While the threat was determined not to be real after officers swept the church for bombs, police were able to trace the google voice IP number with an email belonging to Kelley.

An additional call to the Alexandria Police Department was also made on January 27, 2019. On this call, Kelley provided an address for a US Secret Service protectee and said that he had an AR-15 assault rifle. He also stated that he had two small children tied up and that he was going to kill them if he did not get to speak with hostage negotiators.

Kelley also on this call allegedly told police dispatch that he had shot and killed his girlfriend and threatened her family. This call also came from a Voice IP address that belonged to Kelley, according to federal officials.

Kelley in both these instances reportedly was swatting police dispatch, which means to deceive dispatch. He was also able to disguise the call path to dispatch.

Old Dominion University Police was able to track Kelley's cellphone and internet usage by working with Verizon Wireless and COX, who provide phone, cable and internet in that region of Virginia.

Federal authorities said Kelley also was part of "dark web" online chat groups and forums, where he disguised his identity under the name "BotGod" and "Carl" to share racist views about people of color, Jewish people and plan his swatting calls with others. Federal officials did refer to the views expressed in these chats as Neo-Nazi rhetoric.

To conceal his internet activity, police said that Kelly was using an Onion Router and Internet Relay Chat.

The call that Kelley made using the address of a Secret Service protectee is called doxxing, which is when you research and publish personal information from a person through legal or illegal means.

The Secret Service protectee was not named in the documents provided to WUSA9.

Kelley and others in his chat groups planned a variety of targets to make fake threat calls towards. Federal officials do believe that ODU and a vape shot in Pennsylvania may have also been targets of Kelley and that those he associated with.

WUSA9 is still investigating the background that led to the charge against Kelley.

RELATED: After decades of resistance, could Virginia be the next state to welcome gambling?

RELATED: It's the first weekend of 2020. Here's what to do around the DMV