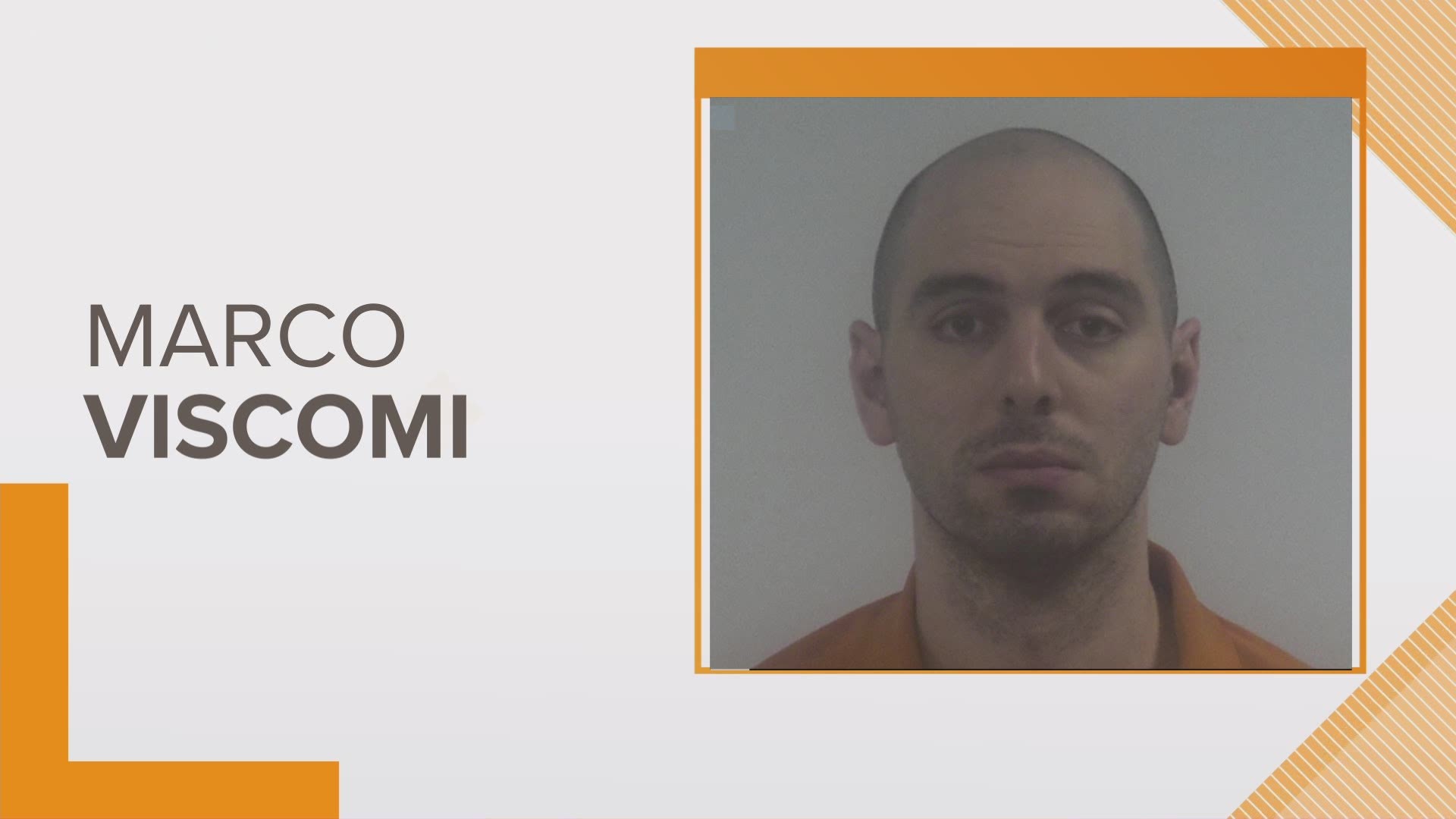 The charges against 35-year-old Marco Viscomi date back to 2012. He fought extradition to the United States until December 2019 when a judge ordered him to be extradited here.

Members of the Virginia Beach Police Department began an investigation into the extortion of 13-year-old and 17-year-old sisters in 2012 after their father contacted them. The father said the girls met someone online who threatened them and forced them to engage in activities that were sexually explicit and to produce images of child sexual abuse. Virginia Beach police worked with Homeland Security Investigations and traced the threats to Viscomi who was in Ontario. He was a medical student at the time.

Investigators found that Viscomi had done similar things with children across the United States.

He was charged in federal court in Norfolk in July 2012 and arrested in Canada. He remained in Canada until his extradition.

In the statement of facts that is part of the court paperwork that was filed in relation to the case in Virginia Beach, Viscomi acknowledged that he met the 17-year-old girl online through a chat program. The girl told him her age. He told her that her IP address was vulnerable and that people could take over her computer. He claimed his sister had the same issue and was being threatened by people. Viscomi offered to help the 17-year-old girl make it safe.

The 17-year-old agreed to let him help her. Viscomi told her to go to Skype and accept his chat request there.

The conversation continued. At one point, Viscomi said he was sending her a file that she needed to save to her computer that would help him figure out anyone who may be using her computer as well as the person who'd been threatening his sister. After the 17-year-old saved the file, he told her it was a Trojan virus that allowed him to control her computer. If she did what he said, Viscomi told her he would delete the virus.

On Wednesday (August 12), Viscomi pleaded guilty to two counts of production of child pornography. He faces a mandatory minimum of 15 years per count and a maximum penalty of 30 years in prison per count.

His sentencing was scheduled for January 14, 2021.

The U.S. Attorney's Office for the Eastern District of Virginia said that sentences for federal crimes typically are less than the maximum penalties. A federal district court judge will determine any sentence after taking into account the U.S. Sentencing Guidelines and other statutory factors.