A man and a woman were arguing near a South Dallas store when the victim tried to help the woman, police said. 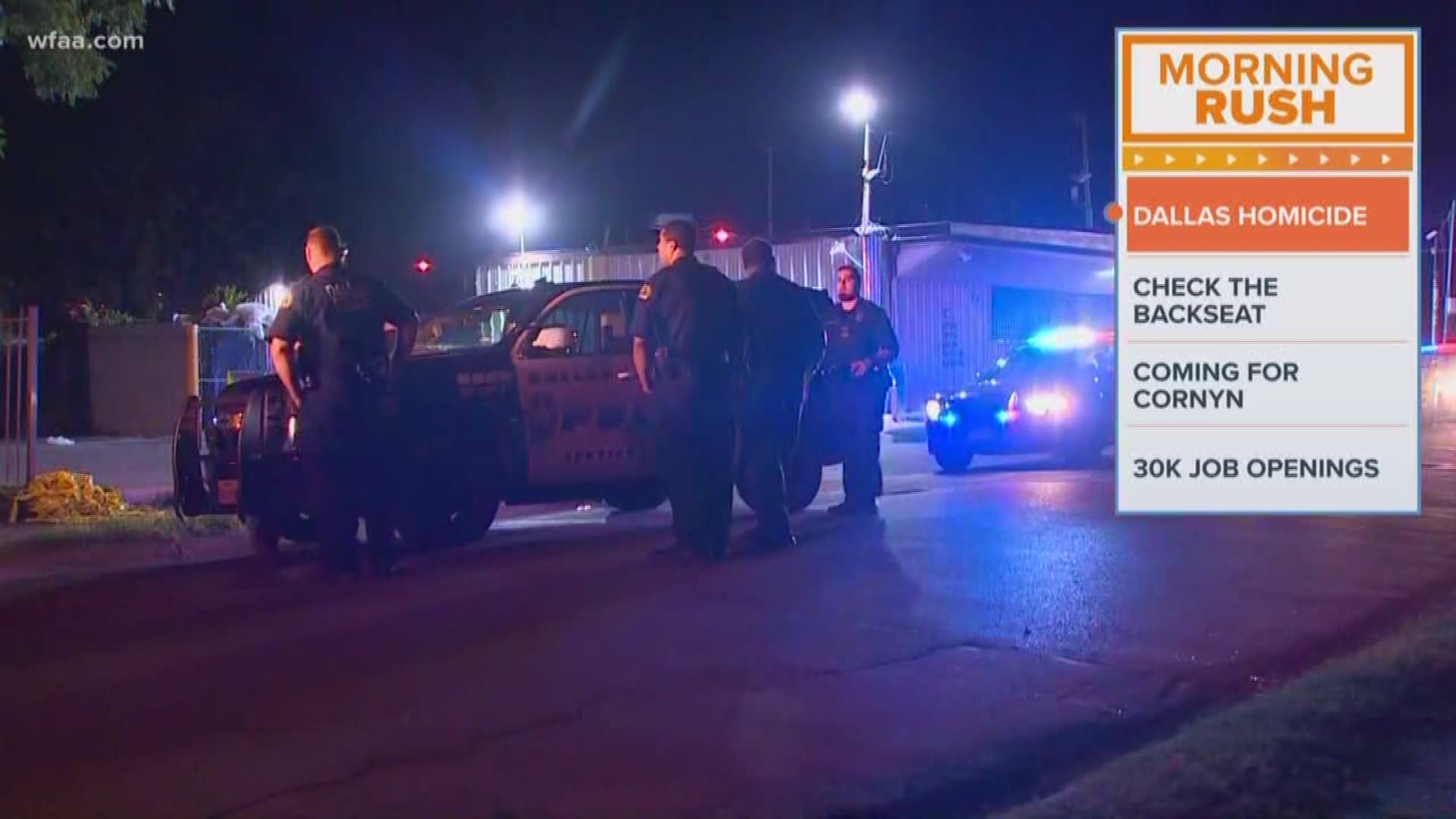 DALLAS — This story has been updated with additional details from police.

A man trying to help a woman in South Dallas was shot and killed Tuesday morning behind a convenience store.

Officers responded to a report of a shooting around 3 a.m. in the 2300 block South 2nd Avenue near Metropolitan Avenue. Officers found Raylon Kyon Jones with multiple gunshot wounds in a wooded area behind the store, police said.

Jones was pronounced dead at the hospital.

Investigators believe the suspect was arguing with another man, and they started to fight. A woman tried to stop the fight, and the suspect assaulted her, police said.

That's when Jones intervened. The suspect, who has not been publicly identified, shot him several times, officials say.

The shooter fled the scene but was pulled over near the 5700 block of Bexar Street. He was taken to the hospital for an injury to the face, police said.

Police said the suspect remains hospitalized but will face a murder charge, aggravated assault with a deadly weapon charge and a misdemeanor assault charge.