Anthony Craige Thomas, 20, of Washington, D.C., died from his injuries suffered in a shooting on Hardee Court. 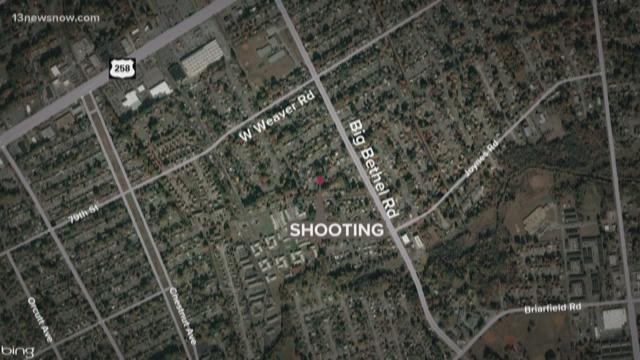 VIRGINIA BEACH, Va. — Hampton police said a shooting on Hardee Court on Tuesday is now a homicide investigation after a victim died in the hospital.

Anthony Craige Thomas, 20, of Washington, D.C., died from his injuries on Wednesday.

The shooting happened around 5:42 p.m. in the 4300 block of Hardee Court. Arriving officers found Thomas had been hit by gunfire.

He was rushed to the hospital where was in critical but stable condition until he died on Wednesday, police said.

The motive and circumstances surrounding this shooting remain under investigation. There is no word on any suspects at this time.

If you have any information that may help police, you're asked to call the Crime Line at 1-888-LOCK-U-UP. Tipsters can also leave an anonymous tip at p3tips.com.