The victim has been identified as Terence L. Williams, a 35-year-old Newport News man. 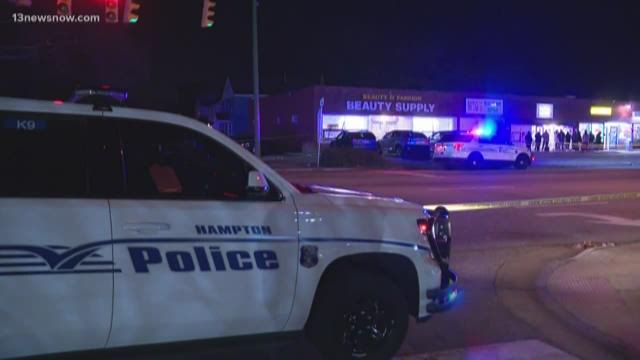 The victim has been identified as Terence L. Williams, a 35-year-old Newport News man.

Police are still trying to track down the suspect(s) responsible for the deadly shooting.

Officers were sent to the 2200 block of Kecoughtan Road just before 7 p.m.

They arrived to find a man with gunshot wounds. Medics pronounced Williams dead at the scene.

No other details have been released at this time, including suspect information or the circumstances surrounding the shooting.

RELATED: Second arrest made after homicide in Bayside area of Virginia Beach