Police said the man was walking in the area of 3000 block of West Weaver Road near West Mercury Boulevard when he was shot. 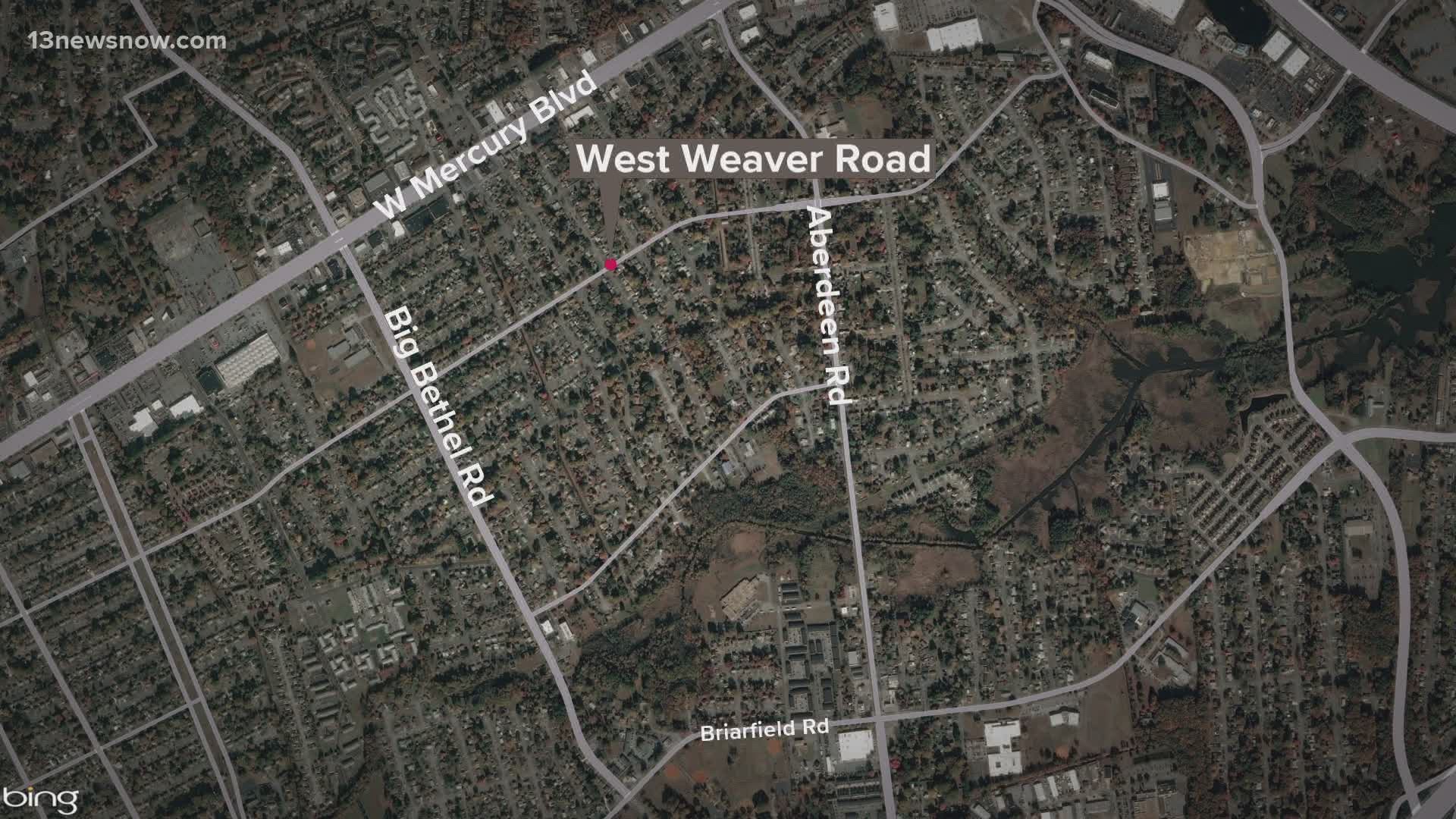 HAMPTON, Va. — Hampton police said Wednesday that they are investigating a shooting after a man went to a hospital with a gunshot wound.

Officers said they were called around 7:30 p.m. on Tuesday about a walk-in shooting victim at a local hospital. When they arrived, they found a 27-year-old man with a gunshot wound. Officers expect him to survive.

Police said the man was walking in the area of the 3000 block of West Weaver Road when he was shot.

Investigators said they didn't have any information about the person responsible for the shooting, including a description of the person.