Pierce County Sheriff Nancy Hove confirms the August 30 raid and the confiscation of drugs and animals, which included chickens and dogs apparently bred and trained for fighting. 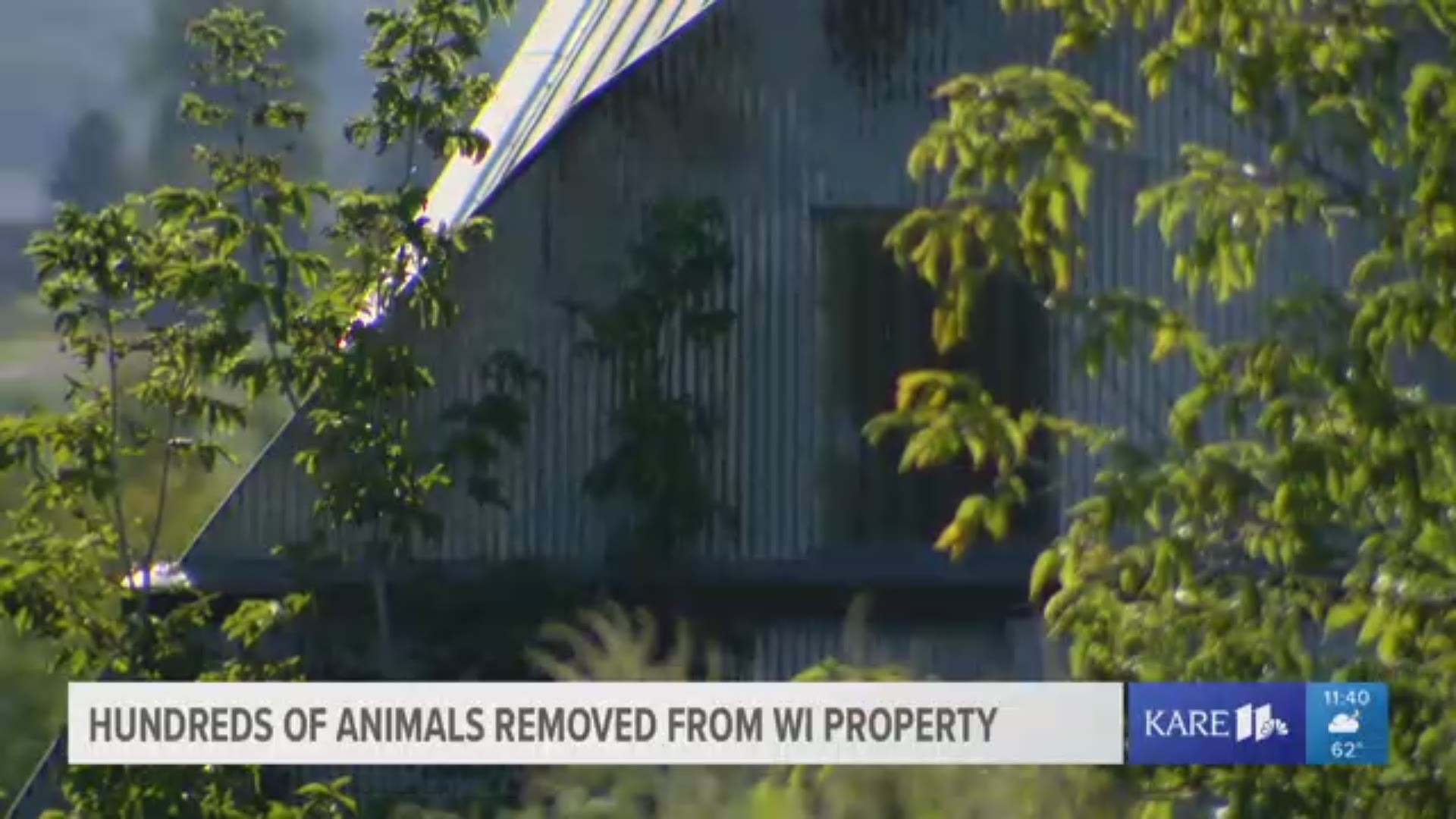 SPRING VALLEY, Wis. - Charges are pending against a western Wisconsin couple after authorities executed a warrant and seized nearly 1,700 animals and a sizable stash of drugs from their property near Spring Valley.

Pierce County, Wis. Sheriff Nancy Hove confirms the August 30 raid and the confiscation of drugs and animals, which included chickens and dogs apparently bred and trained for fighting. The American Society for the Prevention of Cruelty to Animals (ASPCA) says the animals were living on the Gilman Township property in deplorable conditions. Some of the dogs were tied to heavy chains, and showed scars and injuries associated with fighting, while roosters were physically altered in a way to prepare them for cockfighting.

Besides the animals, investigators confiscated four pounds of methamphetamine, a pound of marijuana and a pot grow operation.

"This is the second large-scale animal cruelty case we have encountered in the past two years," shared Sheriff Hove. "When we are made aware of any animal cruelty issues we do the best we can to investigate and hold accountable those responsible."

The property in question was tucked deep enough off the road to notice much.

"It's very rural if you see down the property, they're hidden from the road and you can't hear anything now," ASPCA Partnership Senior Manager Jessica Rushin said.

Rushin explained it was just as quiet when she and her team arrived seven days ago. The noise from the 20 or so dogs and nearly 1,700 birds masked by the distance.

"It's difficult to see animals in these challenging circumstances, lack of basic care but we're here to be able to help," Rushin said.

Hove says her deputies called her immediately when they were executing the warrant.

Hove says she is happy none of the animals was found dead. However, she still called the situation cruel.

She says she hopes with the right people held accountable and animals taken care of, all near 1,700 of them will find forever homes.

The animals are being cared for at ASPCA temporary shelters until custody can be determined by the courts. In Wisconsin engaging in animal fighting, which includes possession of dogs and roosters for the purpose of fighting, is a felony punishable by up to 3 and a half years in prison and/or a $10,000 fine.