Newport News man arrested, charged with shooting at vehicle on I-664

Police got complaints about someone pointing a gun at motorcycles in the MMMBT. Then, a woman who had been driving with four children found a bullet in her car. 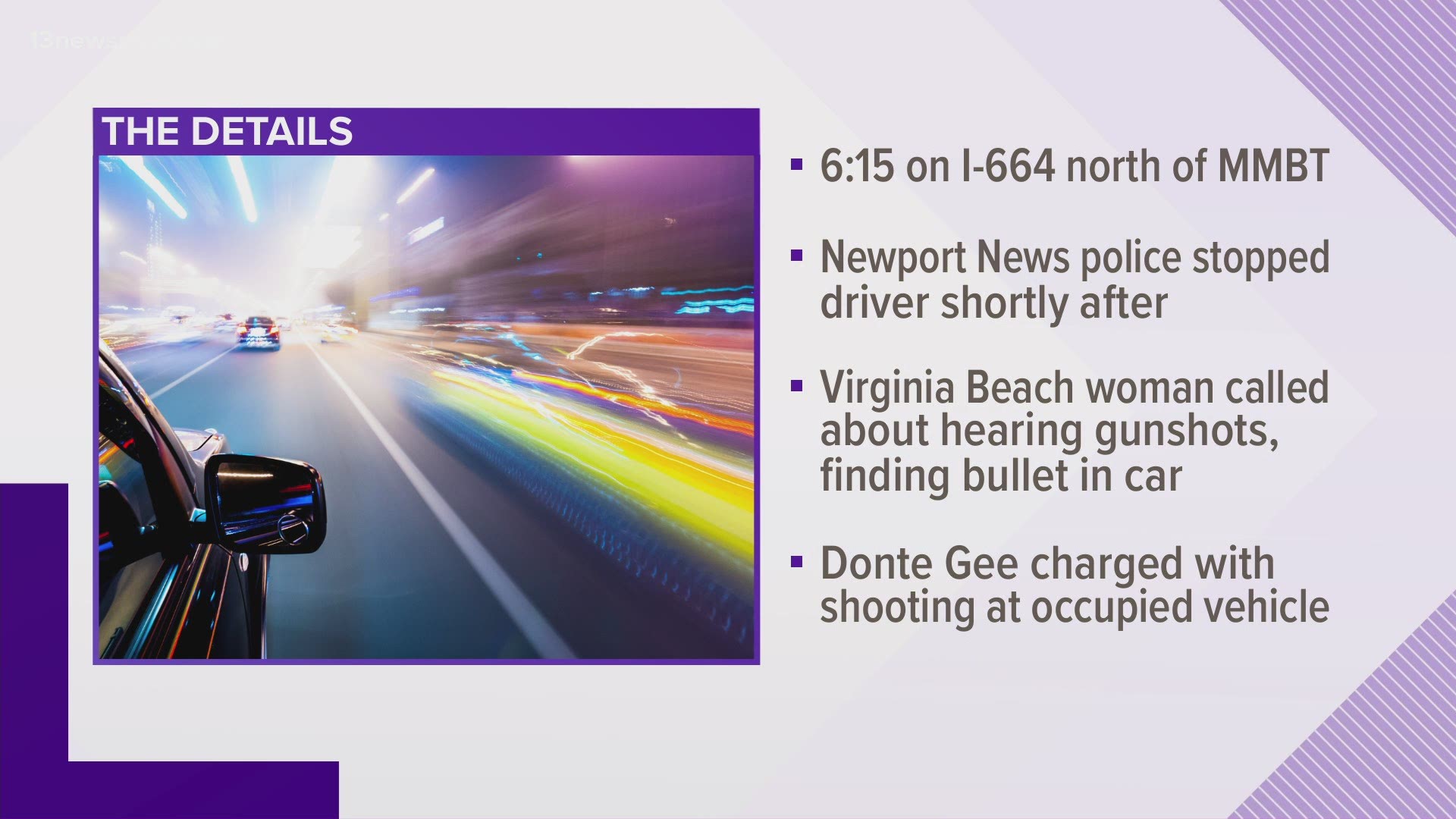 In the car that was shot, a woman was driving with four children. She said none of them were hurt.

The investigation started around 6:15 p.m. on Wednesday. A spokesperson for the VSP said someone called them to say the driver of a Honda sedan was driving north through the tunnel, pointing a gun at several motorcycles.

Witnesses watching the vehicle told police they saw the driver leave the tunnel and pull over, getting out of the car with a gun in his hand.

By the time state police got to the scene, the Honda sedan wasn't there anymore.

The Newport News Police Department reached out to the Virginia State Police not long after and said they'd pulled over the Honda near 39th Street and Marshall Avenue.

Officers were in the process of questioning 26-year-old Donte Michael-Lewis Gee, of 14th Street Newport News, when a Virginia Beach woman called to say she'd found a bullet in the back of her car.

She'd been driving on I-664 around 6 p.m. with four children in the vehicle when they heard gunshots, but kept moving. It wasn't until they stopped at her home that the woman found a hole in the back of the car, and a bullet in the cabin.

It didn't hit the driver or any of the children.

Gee was arrested and charged with shooting at an occupied vehicle. He was taken to the Newport News City Jail.

Meanwhile, VDOT says that at the request of Virginia State Police, northbound MMMBT will be closed Thursday night as early as 9 p.m. A detour will be in place directing motorists to utilize Bridge Road (Exit 9) to the James River Bridge.

Officials estimate the northbound closure could last up to two hours.