Police officers are on the lookout for a 4-door, silver Chevy in connection with the police chase in Virginia Beach and Norfolk. 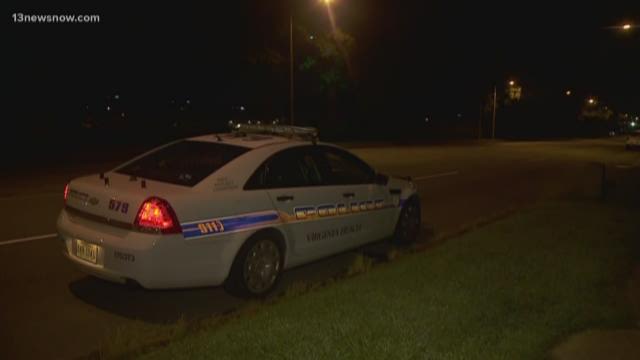 VIRGINIA BEACH, Va. — A police pursuit that started early Thursday morning in Virginia Beach and then into Norfolk ended with police still looking for the suspects.

Officers were there on a call for a firearms violation after a house was shot at and the suspect left the scene, officials said.

While investigating, officers received a call from dispatch about someone breaking into vehicles near Thamesford Drive and Eddystone Drive.

That's when an officer saw a vehicle near the original scene on Douglas Court driving away.

Fred Carilo lives next to the house the suspect shot at.

Carilo has lived in the neighborhood for 26 years, and that it's usually quiet.

"This hasn't happened before," said Carilo.

Carilo said he didn't hear the gunshots, but police knocked on his door early Thursday morning to investigate the case.

Carilo said a police officer lives inside the home into which the suspect shot.

Norfolk officers went to the address where the vehicle is registered but didn't locate the suspects.

Officials said the case remains active and is under investigation by Virginia Beach's Property Crime Unit.

Dispatch said police are on the lookout for a 4-door, silver Chevy in connection with the police pursuit.

Anyone with information regarding this crime is encouraged to call Virginia Beach Crime Solvers at 1-888-LOCK-U-UP or by texting "VBTIP" and the information to CRIMES (274637).